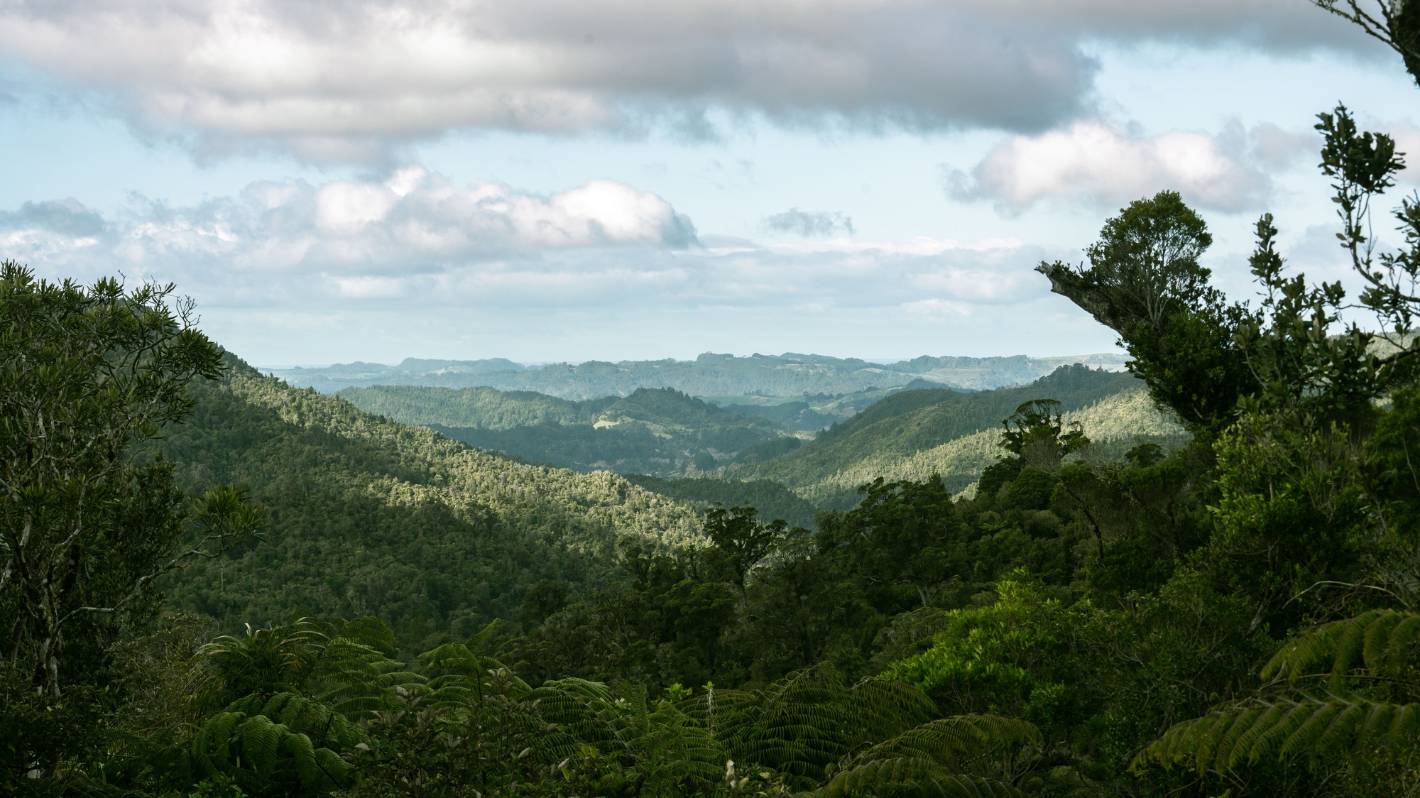 One of the most spectacular and scariest drives I’ve ever done was up into the Highlands of Papua New Guinea. Spectacular because the jungle is largely untouched and a reminder of what the world looked like before humans arrived. But scary because – to put it politely – that part of the world has a few baddies. And these baddies sometimes hijack your car.

Deep in the Coromandel, I felt like I was back in the wilderness of Papua New Guinea – except here, I felt safe.

Those of us who have been lucky enough to spend a summer in Coromandel know the winding coastal roads are often jammed with traffic. But there is a mysterious road that crosses the spiny backbone of the Coromandel Peninsula that few people know about – and it’s an adventure.

It’s simply called 309 Road, and it’s 21 kilometres of fascinating scenery that links Coromandel Town to Whitianga crossing the jungle-like hinterland of Coromandel Peninsula. Nobody I asked quite knows why it’s called “The 309”. Some say it’s because it took 309 minutes to cross in a horse and cart back in the old days. Others say it’s because it has 309 bends. I lost count.

A warning: the road is seriously bendy and in places very narrow. Extreme caution is needed, as a few locals drive as if they’re in a rally.

If you’re coming from the Coromandel Town side, your first stop (if you like seafood) is the Coromandel Mussel Kitchen, which serves fresh green-lipped mussels in a multitude of ways, such as fritters, burgers, platters and chowder.

The next sight is one of the Coromandel’s most unusual attractions – dozens (if not hundreds) of pigs lazing next to the road.

309 resident Stu Edmondson, unofficially known as “The Pig Man”, has raised many hundreds of pigs over the years, and they enjoy their life beside the road – with many drivers stopping to take photos. A warning: some pigs can be territorial – especially around piglets – so it’s best to keep your distance.

It’s listed as “Stuart and the pigs” on Google Maps – but don’t worry, there is zero chance of missing it.

The next attraction is a fascinating “theme park with a difference”. The Waterworks has more than 70 water-powered attractions, like machine guns that run on water – it’s also dog-friendly and has a café on-site.

There is also the Waiau Falls Scenic Reserve and Egan Park, which is home to a popular summer swim spot.

If you’re looking for somewhere to stay just off the road, Ahurewa Eco Retreat is a tiny container home nestled in the Mahakirau Forest Estate, which is a gated private eco-sanctuary home to some of the country’s rarest creatures.

Further towards the Whitianga side is Wairua Lodge, with a series of hotel rooms tucked away in the bush. But the real beauty of this place is what’s outside your room – there is a treehouse bath, a star spa for watching the Milky Way.

The lodge also has an extensive series of walking tracks, with hammocks next to glistening water holes – heaven in summer.

Coromandel will be full of holidaymakers over summer – the the 309 Road will get you away from then, deep into a lost world.

On the 309 Road, Ahurewa Eco Retreat is $325 per night for two with a minimum stay of two nights. See: canopycamping.co.nz/ahurewa-retreat. A night at Wairua Lodge is from $225 for a double room or $320 for a two-bedroom apartment. See: wairualodge.co.nz

Carbon footprint: Flying generates carbon emissions. To reduce your impact, consider other ways of travelling, amalgamate your trips, and when you need to fly, consider offsetting emissions.