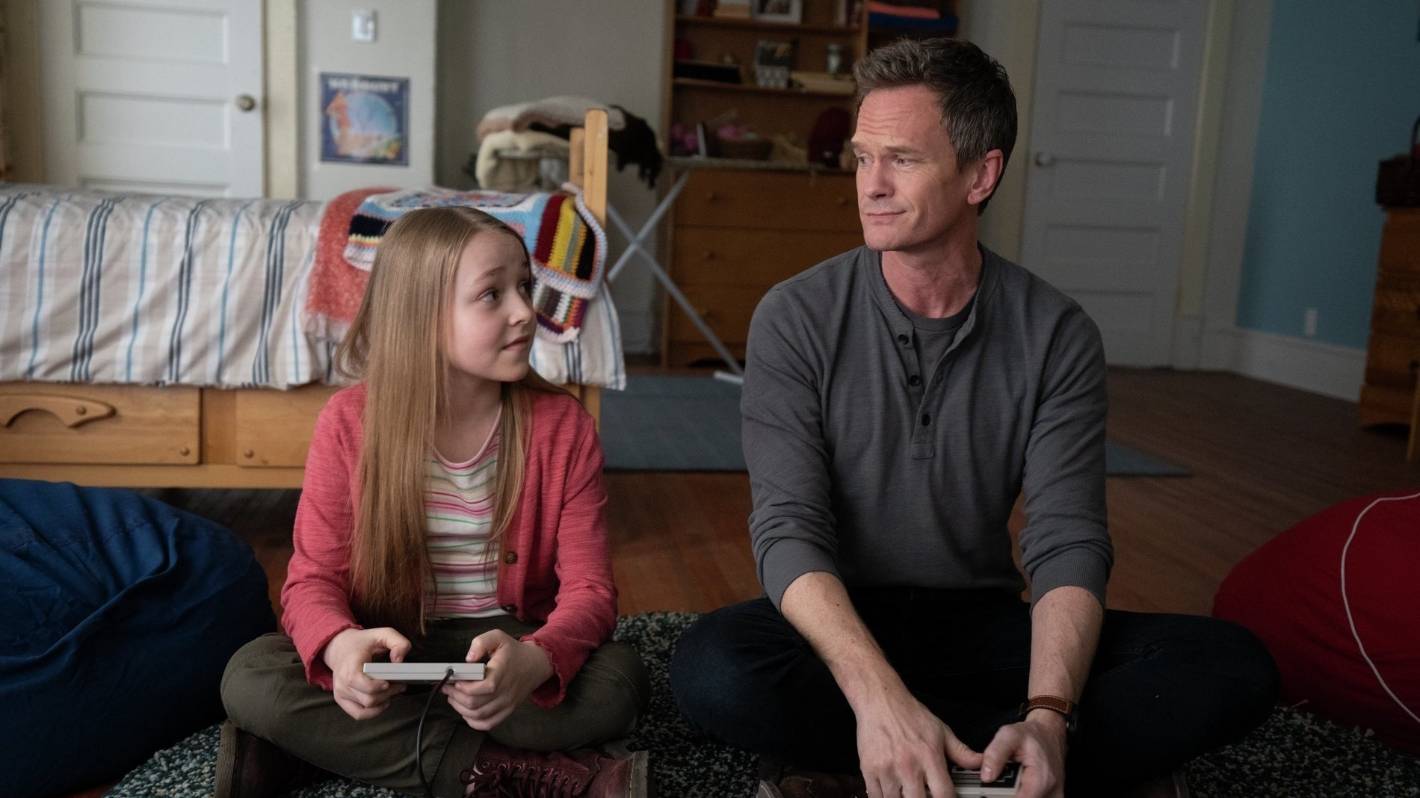 A cross between 1983’s A Christmas Story, the Spielbergian-tales of the mid-to-late ‘80s and Ryan Reynolds’ 2008 rom-com Definitely, Maybe, it sees Neil Patrick Harris’ Jake Doyle attempting to teach his daughter Annie (Sophia Reid-Gantzart) a lesson about the true meaning of Christmas, while disappointing her with the news she won’t be getting the phone she so desperately wants.

As they prepare for the festive season at his parents, he shows her the present he once craved circa 1988 – a Nintendo. It’s something she dismisses as “looking like Tupperware” until he unleashes Paperboy and begins to unfurl his self-described “most amazing, dangerous, awesome story of all-time”.

READ MORE:
* Ranking the five non-Marvel Spider-Man movies (and where you can watch them)
* Santa Inc.: Amazon’s unrelentingly lewd, leaden comedy is a new festive low
* Die Hard no more this festive season: The 12 best alternative Christmas movies
* Beauty and the Beast: At 30, it is still the greatest animated movie of all time
* Sing 2: Superior sequel finds insight and heart it was looking for – in Bono

It’s a tale that begins in “the coolest basement in all of the Central Time Zone” – one home to the only 8-bit entertainment system in Batavia, Illinois and renowned “psycho”, 11-year-old Tim Keene (Chandler Dean).

Each day, he chooses just 10 kids from potentially hundreds lined up in his front yard to admit to his inner-sanctum and watch him play his favourite games. Stoking resentment for his behaviour, it also makes the likes of young Jake (Winslow Fegley) pine even more for a Nintendo of his own.

However, his already unlikely hopes of it appearing under his Christmas tree are crushed when a typical Tim Keene outburst results in a 42-inch TV being smashed and a dead dog, realising the worst fears of parents already concerned at research into the effects of participation in video game “violence”.

It would need a Christmas miracle to turn things around.

Adapted by Kevin Jakubowski (best known as a writer on the smart Disney Channel series Bizaardvark) from his 2013 novel of the same name, 8-Bit Christmas offers perfect, undemanding festive viewing that the whole whānau can watch together.

Adults of a certain vintage can soak up all the sights, sounds and pop-culture moments of the era, while kids will enjoy the tween-centric storyline, focus on physical comedy and all the weird and wonderful things that those their age used to obsess about more than 30 years ago (Cabbage Patch Kids, Snow Days, R-rated movies).

The young cast is likeable enough, if not truly memorable, while Steve Zahn effectively reprises his Diary of a Wimpy Kid series dad-role to excellent effect.

Throw in a collection of period hits and some well-executed set pieces and the result might just be a new festive favourite.

8-Bit Christmas is now available to stream on Neon. It is also available to rent from iTunes, AroVision, Academy OnDemand, GooglePlay and YouTube.