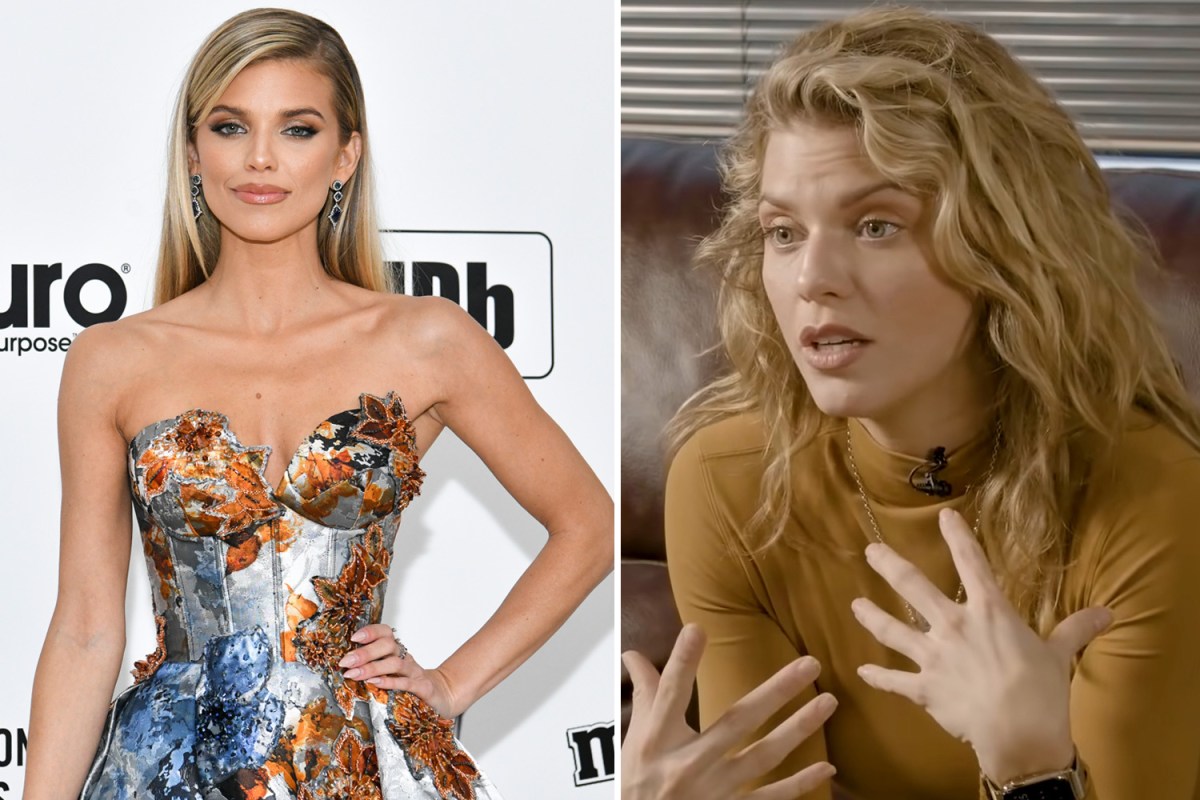 HOLLYWOOD actress and 90210 star AnnaLynne McCord has opened up about being sexually assaulted as a child and a teenager, saying her abusers are “not bad people, they make bad decisions”.

Speaking of the “horrible abuse” she suffered in her youth, the star – who played Naomi Clark in the hit US drama 90210 – has said the people who assaulted her “deserved an opportunity for redemption”.

In an emotional interview with creative agency House of Influence, AnnaLynne reveals that she was raped as a 19-year-old by a male friend in her own home.

But despite her traumatic past, the brave star says: “The truth is, we’re not good and we’re not bad.

“They make bad decisions from bad places that they were in at the time.

“From my point of view, [they] deserve an opportunity for redemption.”

Ahead of her new film Feral State, AnnaLynne McCord shares her struggles with coming to terms with her abuse, the pressures of starting out in Hollywood, and the toxic nature of today’s cancel culture.

But AnnaLynne says: “Cancelling someone does not create accountability, it creates fear.”

‘You never know what someone’s battling’

Known for playing strong women – from 90210’s Naomi Clark to Blaire in Killer Instinct – AnnaLynne has often been typecast as the “bad girl” of Hollywood.

But at the start of her Hollywood career, it was not all as it seemed.

Speaking of her early years as an actor, she says: “I was under the guise of being very successful, very young. I was dealing with anxiety and depression, and I didn’t have a sense of direction in my life.”

Now, aged 33, AnnaLynne has opened up about her traumatic childhood and the sexual abuse she endured as a child and young teenager, before her role in TV drama 90210 rocketed her to fame.

AnnaLynne says: “I came from horrible abuse. I grew up going through all of these horrible things that… That caused me absolute terrible pain.”

At the age of just 19, AnnaLynne was raped in her own home.

Like 80 per cent of rape victims, she already knew her attacker.

She says: “It was a person who was in my friend group, I considered him a friend. He needed a place to crash, he was crashing at my place.”

But in the middle of the night, he sexually assaulted and raped the young teen.

AnnaLynne recalls: “I froze. I did nothing, I laid there until 5:00 AM, until the sun started to peek through, and I could feasibly, in my mind, explain that I got up early.

“It wasn’t really making any logical sense, but I had to get out of my own house.

“I sat in my vehicle down the street hidden by a bush, waiting to see his car leave and then I went back to my place and showered and tried to pretend like that, that had never happened.”

It was only ten months later, when she was confronted by a mutual friend for not hanging out with them any more, that she finally voiced what had happened.

“And it was the first time I’d ever actually said the word or acknowledged that that’s what that was.”

Despite admitting her horrific experience to a friend, AnnaLynne, who has previously spoken of her struggles with Dissociative Identity Disorder, says she mentally “shut out” the traumatic experience, going on to star in the incredibly popular TV show 90210 as Naomi Clark.

But her experience of assault was “so common” that she soon found herself replaying the story of her assault as an actor in 90210 when, in season two, her character was raped by her English teacher Professor Cannon.

AnnaLynne recalls: “This happened to me at 19, cut to a couple of years later, on 90210, no one knows this story, this has never been uttered outside…

“The showrunner literally writes my story in the script of 90210 without knowing it, unfortunately, because it is so common.”

AnnaLynne found herself able to act out the scenes where the assault happened, but described the “trigger point” in the show as reliving the conversation with her friend.

Just as had happened in real life, the script required one scene to have a character accuse Naomi Clark of being “in love” with the teacher that raped her.

It was only when the cameras were rolling that AnnaLynne realised what was happening.

AnnaLynne recalls: “That was the trigger point, because that was a conversation that had actually happened to me.

“It was as if I got thrown back to when I was 19 in this moment with my friend, and this whole thing happened.

“I went into hysterics, just my whole body was wrapped with tears.”

Now, 33, AnnaLynne has said being open about her past has helped her come to terms with her experiences.

She says: “As long as I’m alive, I’ll be speaking about stuff like this to reduce and remove that stigma.

AnnaLynne has thrown herself into charity work, trying to help others who do not have a voice.

She has worked with charities which aim to end human traffic and modern slavery, and recently has worked on The Good Influence project, which seeks to transform social media into an influence for good.

One thing the actress is adamant about, is that social media “cancel culture” is not the way forward.

The star’s own experiences with assault have made her all the more certain that cancel culture is a “toxic” mudslide.

AnnaLynne says of Cancel Culture: “I want to cancel it. It’s absolutely a shame culture. It’s a mud slide.

HOW YOU CAN GET HELP

Whenever it happened to you, it’s never too late to get support.

If you’ve ever experienced sexual violence or sexual abuse, you can get confidential support from specialists who will listen to you, believe you and understand how hard it is to talk about.

As a victim, you’re entitled to support whether you report the crime or not.

Your rights are set out in full in the Victims’ Code.

Visit gov.uk/sexualabusesupport to see the support on offer.

“The ability to make someone guilty because you made an allegation is so incredibly dangerous, so toxic.

“You have to live with that 20 years from now, 30 years from now, when you realise what you did, that instead of believing in the possibility of redemption, you only believed in ruining someone’s existence and shaming them for it.”

‘A journey towards healing’

The Hollywood star admits she too has had to confront her own actions after the “terrible pain” of her abuse.

AnnaLynne says she has “tried to make amends” for the pain she has caused other people.

She added: “I have to live with the things I’ve done.

“I went out in the world and I started causing abuse and pain to people because I was hurting, and that’s what we do.

“Not just what was done to me, I had to live with the things I’ve done.

“I’ve tried to make amends and I’m a different woman now, but I have a shadow that I have to… I had to face.

“And I had to take ownership for what she did, and I got to that without anybody shaming me.

“I got there all by myself because I went on a journey towards healing.”