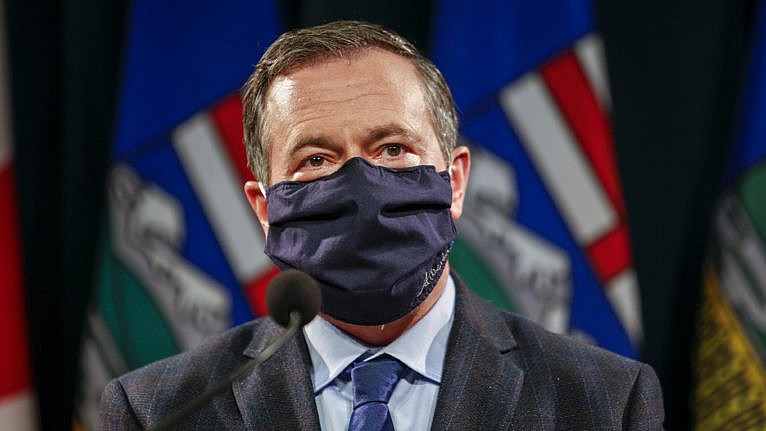 Albertans will cast ballots today in a referendum to reject equalization, CP reports.

Jason Kenney says the referendum will give Alberta a bargaining chip to demand changes to the federal program: “The point of it is to get leverage for constitutional negotiations with the federal government about reform of the entire system of fiscal federalism, which treats Alberta so unfairly.”

Alberta Finance Minister Travis Toews estimated the provincial contribution at $20 billion a year in a public letter this week. It was signposted by the phrases “more unfair,” “clearly unfair,” “fundamentally unfair,” “lack of fairness” and “fight for fairness.”

Political scientist Jared Wesley, the lead on a recent University of Alberta survey on referendum voting intentions, said the poll suggested the Yes side remains in the lead. But he said a disturbingly high percentage doesn’t understand how equalization works (44 per cent), wrongly believes Quebec gets the most per capita (85 per cent), and fails to understand Ottawa does not need provincial buy-in to change the equalization formula (62 per cent).

“I don’t blame Albertans for being confused,” said Wesley. “They’ve been fed a lot of misinformation by governments in this province for a lot of decades, and that’s showing up in our research.”

Some Yes supporters worry that with Kenney’s low popularity numbers will boost the No vote.

Your correspondent wrote a defence of the system in Maclean’s in 2019.

Ford in good shape: Polling expert Philippe J. Fournier, writing in Maclean’s, has a look at the upcoming Ontario election, and finds the signs look good for Doug Ford.

The Ontario PCs should thus still be considered the favourites at this point in time, especially with a double-digit lead in the seat-rich GTA-905 region (41 per cent to 29 per cent for the OLP, according to Léger). However, as we will see below, these numbers suggest the PCs would need several close splits going their way in order to keep their majority at Queen’s Park. If the Ontario Liberals do climb back to the low-30s in popular support, the most likely outcome would be the PC winning a plurality, but not a majority of seats at the Ontario Legislature.

Clark filed a complaint with Elections Ontario last month, targeting two small community organizations in Kemptville, alleging they were “conducting unregistered third party political advertising” by sending out mailers and putting up lawn signs to oppose a proposed prison. Colleen Lynas, head of a non-partisan group made up of mostly retirees, said she was “stunned” when she was informed by Elections Ontario that Clark filed a complaint alleging they were “breaking the law.” Elections Ontario rejected the complaint but the complaint has critics worrying, in part because the law Clark tried to use is Charter-proof.

This summer, the Doug Ford government faced criticism when it forced through legislation invoking the rarely used Charter of Rights and Freedoms “notwithstanding clause” to enact spending limits on third-party advertising, capping it at $600,000 up to 12 months before an election. Any organization spending more than $500 on political advertising must now also register as a third party.

Who defends the Constitution? Also in the Star, Chantal Hebert considers challenges to the Constitution in Ontario, Quebec and Alberta, and finds a lack of leadership at the federal level ready to speak up for the constitutional order.

At the same time, under their current governments, Ontario and Quebec have over the recent past both taken to sheltering pieces of legislation — dealing with minority language and religious rights and third-party election spending — from the Charter of Rights and Freedoms and the reach of the courts. A recourse that was long considered exceptional is in the process of being normalized. Even as he knows he has close to zero chance to secure the support required to remove the principle of equalization from the Constitution. Kenney still seeks to galvanize his voters against it for his own leverage purposes.

Passport promised: Bill Blair told Global he’s “very confident” that Canadians will have a national vaccine passport by the time the U.S. border reopens for non-essential travel on Nov. 8. Blair said he always tries to “overperform and under-promise,” but said work on the project is going “very, very well.”

Programs in the balance: Chrystia Freeland told CBC  that the government is pondering the fate of federal pandemic supports for individuals and businesses, some of which are set to come to an end this week: “We have to remember that all of us collectively in the whole world have been really bad at predicting exactly the course that the coronavirus would take.”

New faces: CBC has a good roundup of some of the rookie MPs elected Sept. 20.

Almost an MP: CBC has an interesting story about Bloc candidate Patrick O’Hara, who lost a narrow election after a recount, an experience he found devastating: “Anybody that sits here and tells you that they take a loss and they’re positive about it, I would call them out that they’re flat lying.”

CBC’s Aaron Wherry has a column wondering if the Liberals and NDP might be wise to co-operate as Liberals and NDPers did in 1985 when Bob Rae sought to avoid the “day-to-day blackmail bullshit.” It doesn’t sound like it will happen though.

For now, this all seems to be entirely hypothetical. The Prime Minister’s Office said Friday that Trudeau will speak with the other party leaders next week, but an NDP source says they haven’t yet heard from the government about any plans for how Parliament will work. The same source says the party thinks the last Parliament worked well without a formal accord.

Flags up: In the Globe, Andrew Potter makes a good argument for raising the national flag again.

Ministry of Public Anger: In the Star, Susan Delacourt has a column about nasty election protests, and the government’s plan to take on hate speech.

(Steven) Guilbeault says the protests were ample proof of the need to get more accountability out of the tech giants and to rein in hate speech on the internet, which Trudeau’s team has already tagged as big priorities for its first months in office. Whether it’s Guilbeault or someone else in charge of these files, they will be at the top of the to-do list for the minister of heritage.

Shemozzle warning: In the Post, Chris Selley has a column warning that the Liberals’ plan to clamp down on hate speech will have undesirable consequences.

There is no question that the Liberals’ imagined regime would lead to absurd outcomes, many of which would dismay Liberals. The party caught a glimpse of its potential future during the campaign, when Twitter flagged a video posted on Deputy Prime Minister Chrystia Freeland’s account as “manipulated media.” Partisans were aghast: “Not us, you lunatics, the other guys!” If the Liberals create an actual legal obligation for Twitter or Facebook to police its content along those lines, you can be 100-per-cent certain their opponents will be flagging every unkind thing they see, and their partisans would be doing the same in return, and a famous shemozzle would ensue.

Very old: An ancient Indigenous knife unearthed during the renovation of Centre Block will be returned to the stewardship of the Algonquin people who live in the Ottawa region, CP reports.

The knife, shaped from Onondaga chert quarried in Ontario or New York state thousands of years ago, is not the first Indigenous artifact found in the parliamentary precinct. Shards of pottery and a shell bead were found on Parliament Hill in the 1990s.