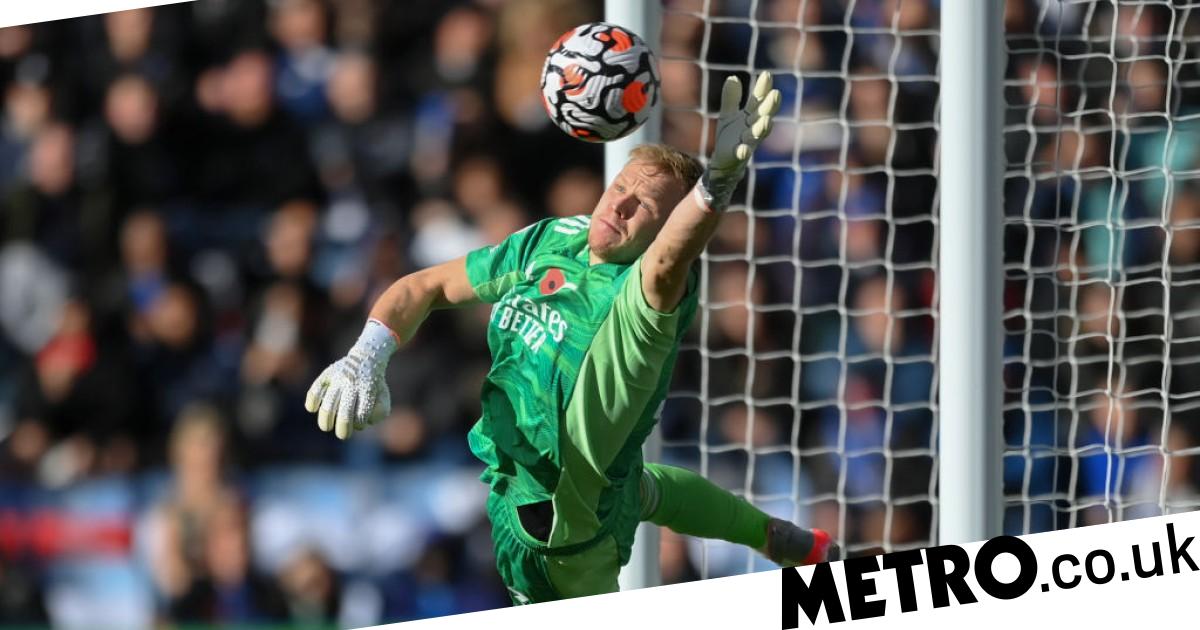 Aaron Ramsdale says it was a ‘special moment’ to be praised by Manchester United legend Peter Schmeichel for his heroics against Leicester.

Arsenal recorded a 2-0 win over the Foxes on Saturday as Ramsdale put in a man-of-the-match display to keep a clean sheet.

One save in particular though had everyone talking after he pulled off an incredible one-handed acrobatic save to deny James Maddison from a free-kick.

The save prompted United legend Schmeichel to declare it the best save he’s seen in years, and Ramsdale couldn’t believe the reaction he got.

‘It’s like someone’s hacked his Twitter! It’s crazy and quite hard to explain,’ the 23-year-old told talkSPORT.

‘With Kasper being at the other end and Peter tweeting that, it was a special moment for me to see that when I came into the dressing room.’

When asked if he looked up to Schmeichel as a youngster, Ramsdale admitted: ‘I’ll be totally honest, no!

‘I knew all about him, I watched many, many highlights and save reel stuff on him.

‘I wasn’t much of a Manchester United fan when I was growing up and started goalkeeping I think he would’ve been retiring.’

Ramsdale’s prominent rise in north London since signing from Sheffield United last summer has seen him replace Bernd Leno as Mikel Arteta’s No.1.

He’s taken it all in his stride but admits getting support from the likes of Arsenal and England legend David Seaman is still ‘surreal.’

‘Even just being at Arsenal and now having the connection with David Seaman – I’ve got his number and get a text from him every now and then, it’s surreal,’ he added.

Ramsdale will be hoping for another clean sheet when the Gunners host Watford on Sunday.