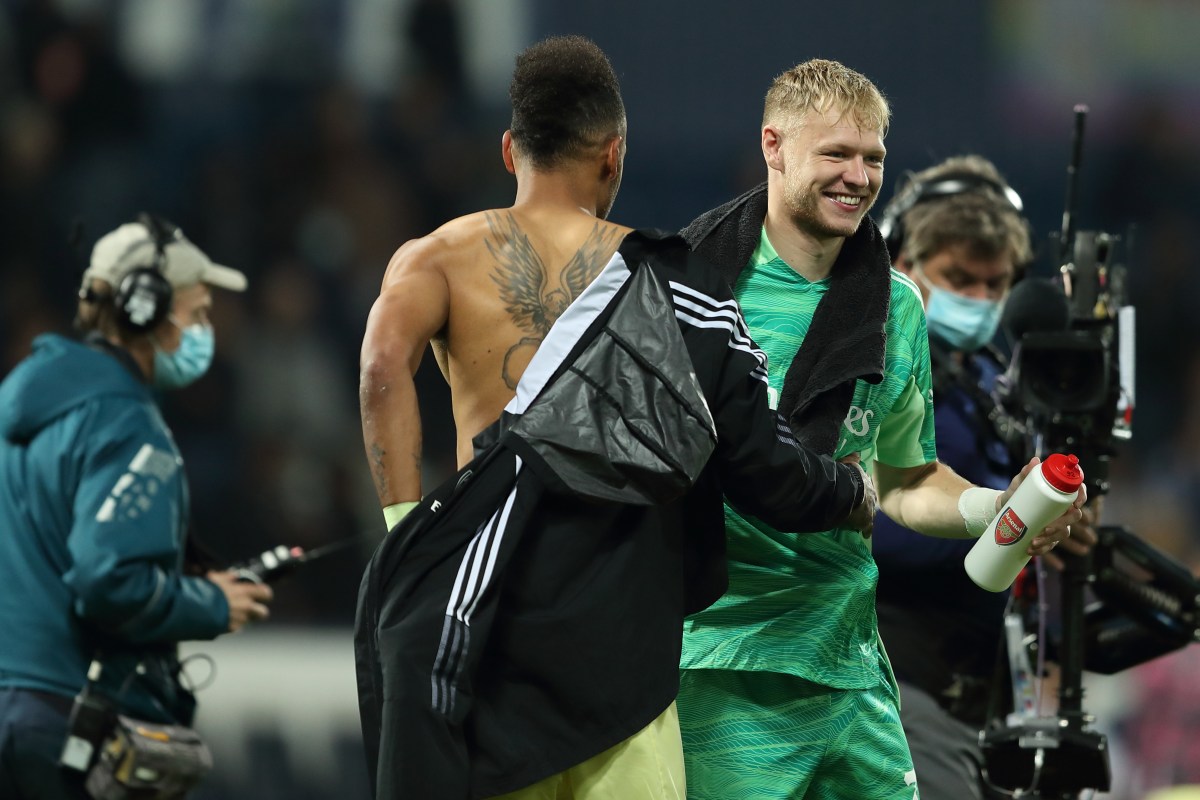 Aaron Ramsdale has been backed as a good fit to replace Pierre-Emerick Aubameyang as Arsenal captain by former Premier League striker Darren Bent.

Eyebrows were raised when the Gunners spent £30million to sign Ramsdale from Sheffield United during the summer, but he has proved his worth in style with a number of imperious displays between the sticks.

The 21-year-old put in another impressive display on Saturday as he kept Southampton out with a string of good stops in a 3-0 victory at the Emirates.

And former Tottenham and Villa striker Bent, who is a big Gunners fan, reckons the England shotstopper is an Arsenal captain in the making – particularly as current skipper Aubameyang finds himself out of favour under Mikel Arteta.

“I’d probably say Ramdale,” Bent responded when asked who should take the armband at the Emirates on talkSPORT.

Takehiro Tomiyasu, who joined from Bologna for £15m last summer, has also mooted as good candidate for the captaincy following his consistent displays on the right side of defence.

Bent, however, doesn’t reckon the Japanese international has got the leadership qualities for the role just yet.

Speaking about the Tomiyasu’s chances of getting the armband, Bent added: “I’m not sure he’s captain material.

“When I think about Arsenal captain, I think Ramsdale has that presence that other’s don’t.”

“It’s probably too early for Saka”, he said.

It remains to be seen whether Aubameyang is stripped of the captaincy after Arteta revealed he was dropped for the Southampton game for a disciplinary breach.

The Gabon striker has been out of sorts this season with just four goals in 14 matches this term.

He has fluffed several big chances – including a glaring opportunity to equalise at Everton earlier this week – meaning he has now gone six matches without finding the net.