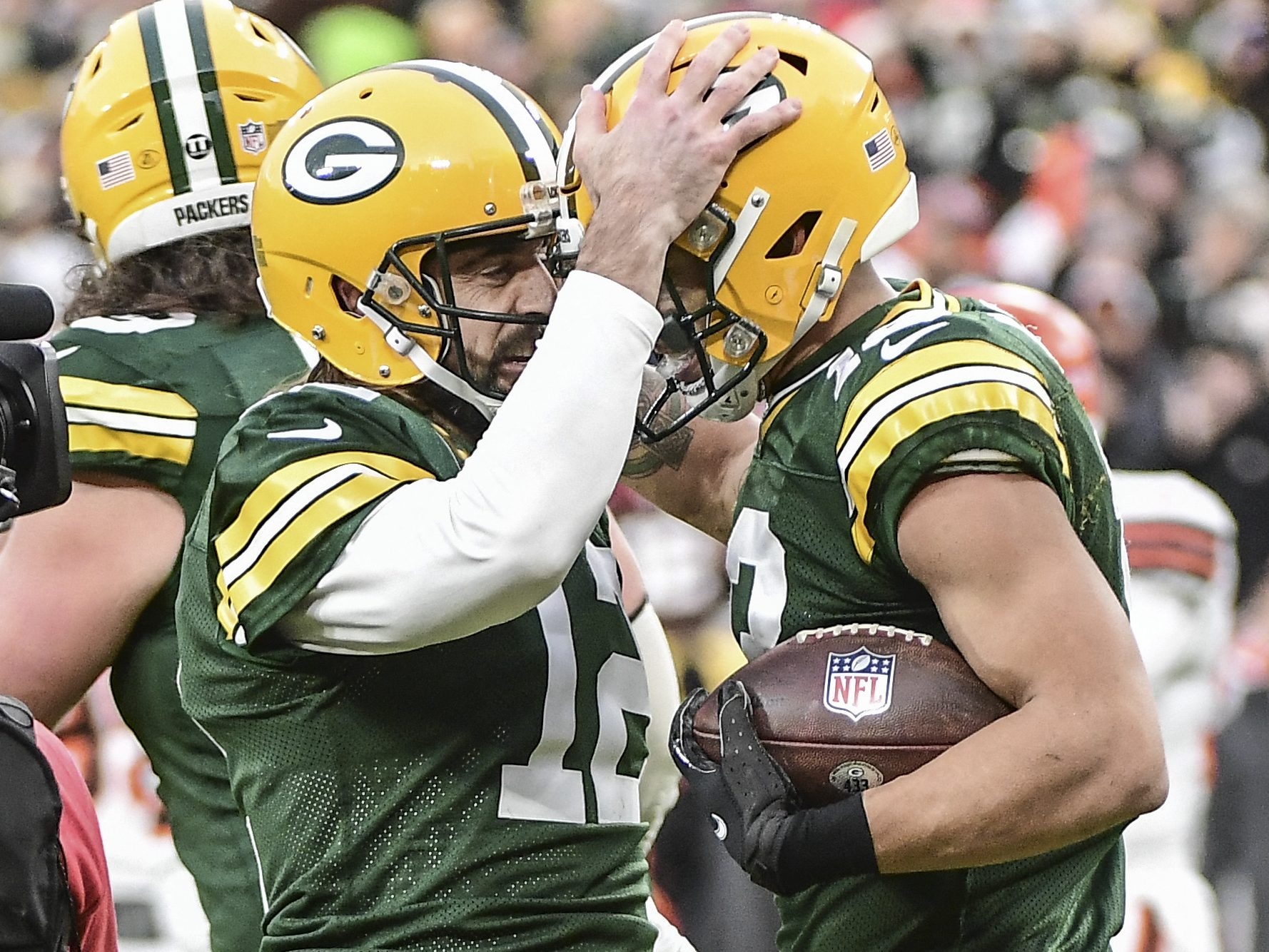 Rodgers’ record came on an 11-yard pass to Allen Lazard with 5:13 remaining in the first quarter against the Cleveland Browns at historic Lambeau Field.

Rodgers, 38, set the record in his 17th season and 211th game in Green Bay, while Favre set the previous Packers record in 16 seasons over 255 games. Rodgers was Favre’s backup over his first three seasons (2005-07), when he saw action in just seven games total with one TD pass.

Rodgers pushed the total to 445 with two more TD passes in the second quarter, both to Davante Adams, as Green Bay took a 21-12 lead into halftime.

Rodgers has led the Packers to the top record in the NFC at 11-3, heading into play Saturday. The former first-round draft pick in 2005 out of Cal entered Saturday’s game with 3,487 yards passing in 13 games this season with 30 touchdowns and four interceptions.