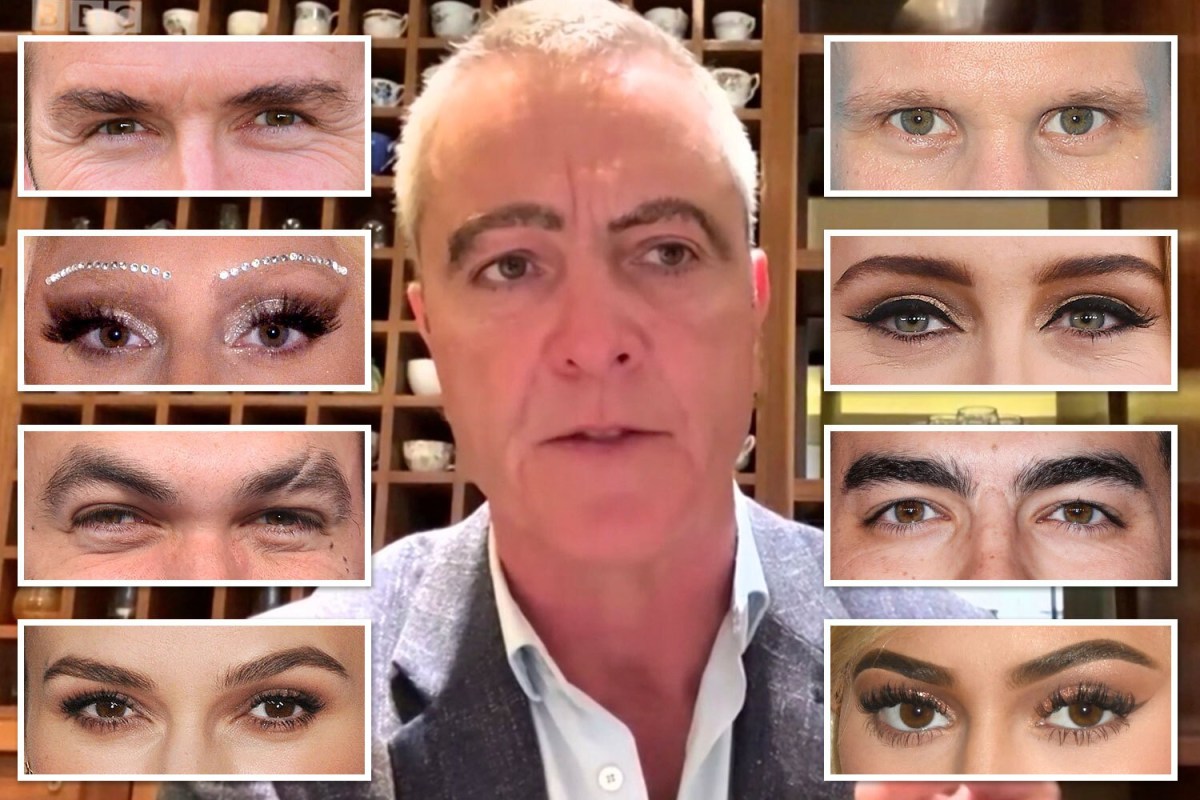 JAMES Nesbitt’s wonky appearance on The One Show certainly, er, raised a few eyebrows this week.

Fans wondered if the Cold Feet actor had drawn them on himself.

Try Josh Saunders’ fun quiz to see how many stars you can pluck out simply from their eyebrows.

Golden Brows! This former footie captain, 46, recently returned to London with his Posh other half.

It’s hair-llo from the other side.

The Brit singer, 33, spends a lot of time in the US, with a new slimline look.

When the US pop star, 35, needs her glitter brows redoing, she just gets on the Telephone.

This family-man musician, 32, certainly Turners a few heads when he is with his actress wife.

Perhaps the slit in this 42-year-old superhero’s eyebrow makes him more hydrodynamic in battles.

You may have watched this 24-year-old grow up on telly, but it is hard Keeping Up With all her new looks.

When she started out in acting, the 36-year-old’s bushy brows stole the spotlight and we love them, actually.

Some Might Say these bushy brows are a family trait, but it might just rile this 48-year-old rocker.

Someone call The Doctor! This 38-year-old actor seems to have a case of disappearing eyebrows.

This 39-year-old busy mum has well-groomed brows that have been given the royal seal of approval.

If you quizzed this chart star, 26, about her big brows she would likely tell you “IDGAF”.

You may want them For Yor Eyes Only but this late actor had the most active brows in Hollywood.

What makes him beautiful? Well it could be the 28-year-old former boyband star’s untamed brows.

She may be a top model, but this 29-year-old beauty has revealed she used to have a unibrow.

Just like her brows, there have been many highs and lows in this 40-year-old Dirrty singer’s career.

Let T-hair Be Love was a popular hit written by this argumentative Mancunian brother aged 54.