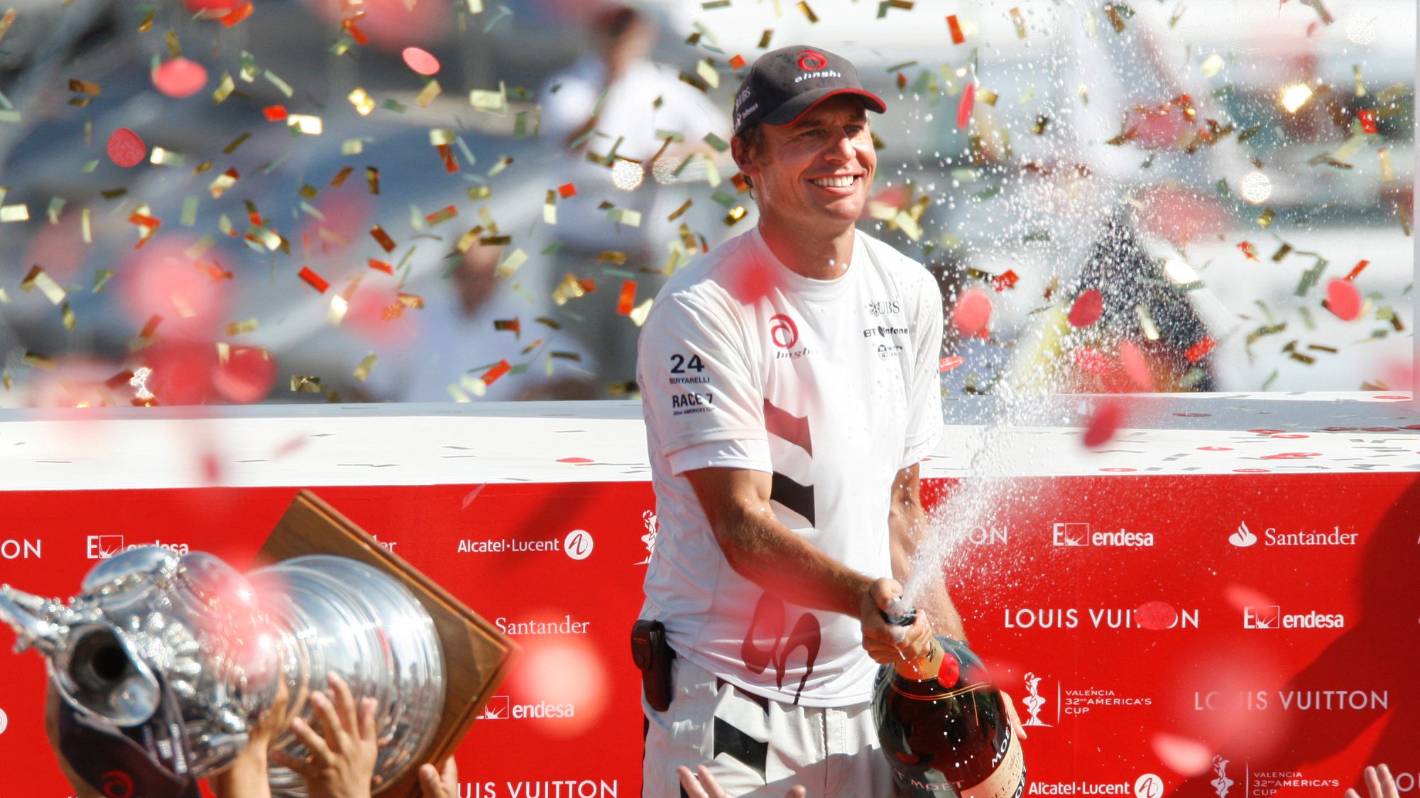 Alinghi boss Ernesto Bertarelli has a preference for the next America’s Cup to be sailed in Auckland.

Double winner Bertarelli officially confirmed his return to the Cup scene after an 11-year absence at a news conference in Geneva on Monday.

As expected, they have partnered with Red Bull Racing, calling on the technology expertise of the Formula One giants who have just helped Dutch driver Max Verstappen to the world title.

Emirates Team New Zealand COO, Kevin Shoebridge talks to Stuff after the announcement of protocols for the 37th America’s Cup

With the venue for the next Cup still to be decided, Swiss billionaire Bertarelli opted for the status quo as Team New Zealand look increasingly likely to take the Auld Mug offshore.

“We love New Zealand, we love sailing in New Zealand. If it is in New Zealand we would be very happy, but we are ready to sail where ever the defender wants,” Bertarelli said.

“The sooner we know, the better.”

Bertarelli confirmed his veteran Kiwi sailor Brad Butterworth would have a major role in the team.

Butterworth, who won the Cup twice with Team New Zealand before jumping ship to help Alinghi win it twice, was present at the announcement.

“It’s a dream come true,” Butterworth said of Alinghi’s return, adding he would “bring a little bit of old school into the new world”.

Bertarelli felt the time was right for Alinghi’s return as they watched the America’s Cup evolve into the foiling generation. He had been captivated and motivated by the giant foiling monohulls introduced by Team New Zealand for the last Cup in Auckland.

“We always had in mind that Alinghi would come back at some time, but we never felt the conditions were right. This has brewed for a while and the click was when I saw those AC75s match racing and their incredible potential,” Bertarelli said.

“The pure science of match racing … it’s the legacy of the America’s Cup.”

Bertarelli was comfortable with the tough new nationality rules introduced for this next edition, and felt Switzerland had the sailors to compete, based on their success in other foiling classes.

He felt a generation of Swiss had watched and been inspired by Alinghi’s America’s Cup successes in 2003 and 2007 and now was their time.

They had plans to get a first edition AC75 sailing next year under the rules, to maximise their familiarity with the class.

Butterworth hinted that Alinghi Red Bull Racing could go down the cyclor route as leg-power is again legal.

“I think that’s good for Switzerland. There are very good cyclists in this country that might end up powering this boat,” Butterworth said.

Bertarelli refused to reveal his team’s budget “but we will be well-resourced”.

He was enthused by the potential of the Formula One partnership saying they would be “fully integrated”.

He liked Red Bull Racing’s mix of strategy and tactics and felt they had helped deliver the F1 title to Verstappen with an attitude of “never give up and risk-taking”.