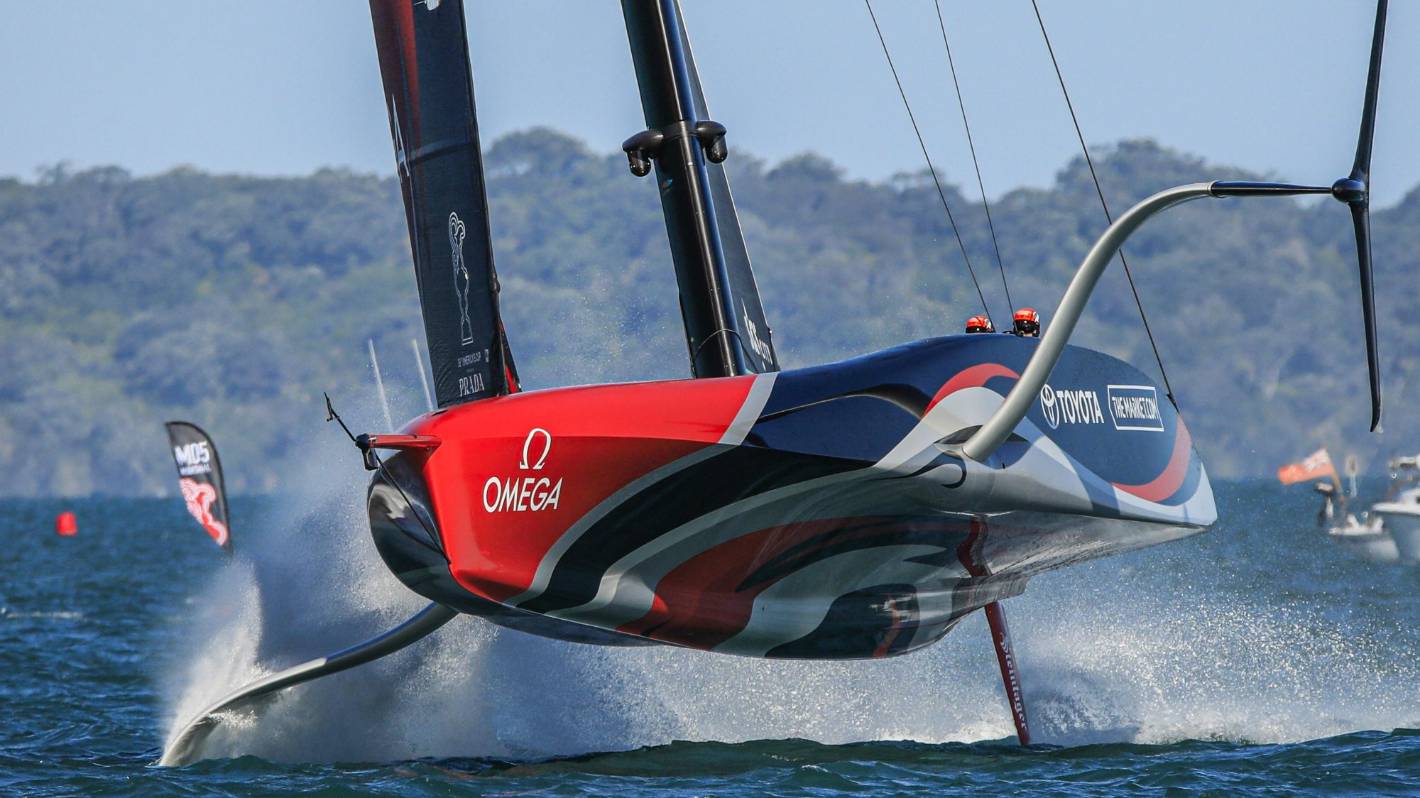 RNZYS commodore Aaron Young has issued an update to club members on the rocky ride to get the next America’s Cup regatta organised, with Auckland looking increasingly likely to miss out on hosting the defence of the Auld Mug to an overseas destination.

Young’s message came with a long list of answers to frequently asked questions about the state of play.

World champions Mercedes come on board for AC37

The squadron remains confident it has dotted the i’s and crossed the t’s in the legal workings of its position as trustee to sport’s oldest trophy.

This comes as there are increasing whispers of a legal challenge to try to keep the defence in Auckland, that could question the squadron’s paperwork.

“The RNZYS is confident that it has fulfilled (and continues to fulfil) its fiduciary duties and obligations as the trustee of the America’s Cup. Such suggestion needs to be put in context given it originates from those who are deliberately attempting to undermine the partnership between the club and ETNZ in relation to the America’s Cup,” the squadron said.

Young reiterated that the squadron has “a longstanding agreement with Team New Zealand that means responsibility for conducting the 37th America’s Cup defence, including all aspects of the AC37 organisation, management of racing and fundraising, rests exclusively with them”.

“These have been the fundamental principles of our contractual arrangements since the 1995 challenge,” he said.

“We have complete confidence in Team New Zealand to run the affairs of the team and do what it takes to ensure a credible and successful defence and deliver another highly successful event. And all of this in a difficult environment, where they are up against some significant financial challenges and other teams who are considerably more resourced than they are.”

Young said the preference of the club and the team was for a home defence. “However the reality is that currently there is not a valid option to do so”.

“At this time we do not have a viable New Zealand defence proposition, and as a result Team New Zealand are in discussions with other potential locations,” Young said.

“Team New Zealand and the club share the view that the absolute priority for AC37 is a credible defence with the goal of winning the Match. It would be an unprecedented achievement to win the America’s Cup three times in a row and taking the defence overseas – while not our preferred choice – may well offer the best chance for us to do so. It is important that you, our valued members and supporters, understand that this might yet need to happen.”

The squadron said it did not support the concept of running an underfunded event in Auckland and the “inevitable loss that will result from this approach”.

The squadron also touched on the topic of a legacy payment from Team New Zealand out of the riches of an offshore hosting agreement – a deal that has been speculated as high as $3m.

The squadron said a legacy system had been in place between the club and team since 1993 in the run-up to New Zealand’s breakthrough victory in San Diego in 1995.

“In 1993, the Team NZ Trust was established to foster and advance education, training and development of those involved in yachting in New Zealand.

“We are all aware of the benefits our RNZYS youth training and performance programmes bring as a pathway for young New Zealanders to build a career in sailing and the wider marine industry.

“To support this, the Team NZ Trust is planning to contribute towards the completion of a RNZYS training centre as an AC37 legacy investment. This important initiative will help improve the sport in general and provide a facility for all to enjoy in the future.”

While Team New Zealand missed the September 17 deadline to sort out a host venue between Auckland, Cork, Valencia and Jeddah, the process remains in place though no new deadline has been set to announce the successful applicant.

The next major date is the November 17 planned release of the protocol – the massive document that outlines the rules and regulations for the boats and event.

The squadron confirmed Team New Zealand had advised them a draft protocol was completed “some time ago”, and that discussion on the final wording is at “an advanced stage” with Sir Ben Ainslie’s British challenger of record.