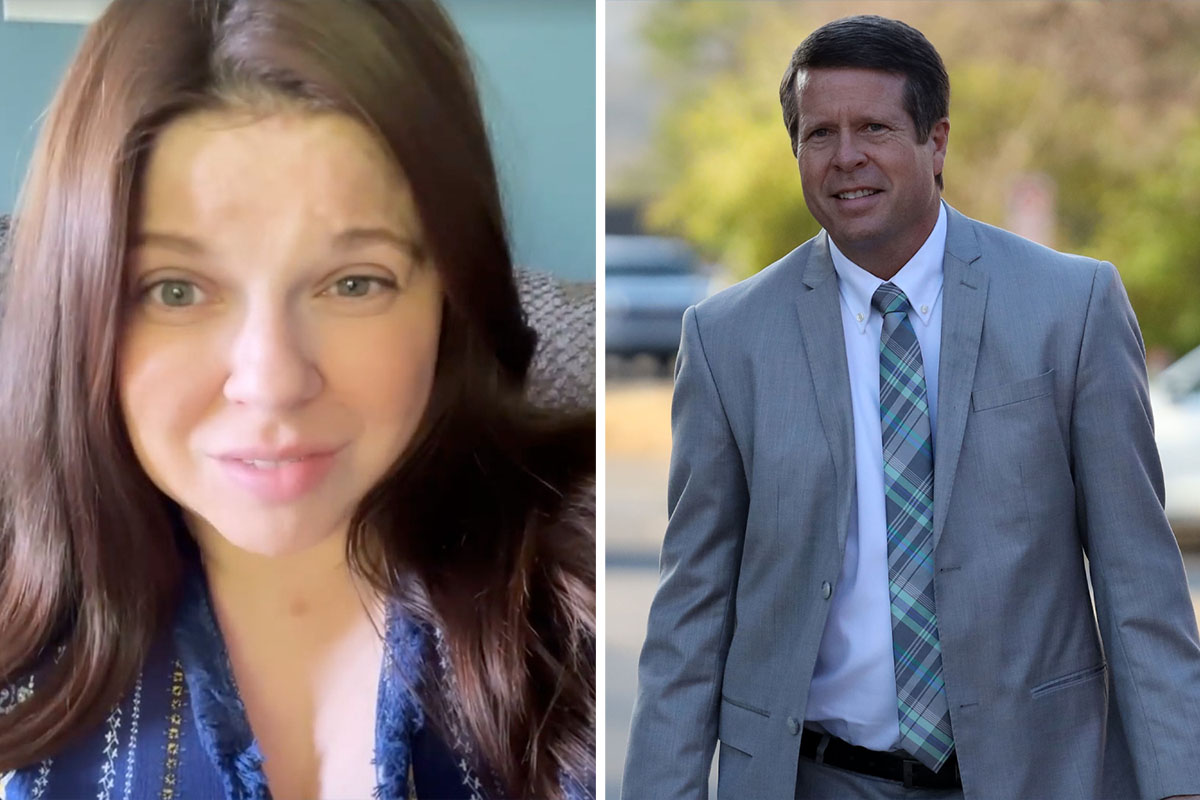 The rebel Duggar cousin shared the advice after Josh’s dad said he will “pray” for his son following the guilty verdict.

Just days after Josh, 33, was found guilty in his child pornography case, Amy took to Twitter to slam her uncle Jim Bob, 56.

“Don’t get me wrong I definitely believe in the power of prayer.

“But I also believe in putting in the work towards your mental health and talking to a skilled professional counselor.”

Josh was found guilty of both possessing and receiving child pornography on Thursday.

Following the verdict reading, the ex reality star was ordered straight into custody.

The TLC star looked back at his family when the court read out that he was found guilty.

While he didn’t cry, Josh was “teary-eyed” and “solemn” as he was cuffed, according to The Sun’s reporter at the scene.

Meanwhile, his brother Justin was unable to fight back the tears and cried as he watched his older sibling being taken into custody.

The Counting On alum stopped as he was being taken away to tell his wife Anna, 33, that he “loved” her.

Jim Bob worked to console Anna, though neither were visibly emotional.

Jim Bob and Michelle took to their family’s website hours after the verdict was revealed to share a statement following Josh’s guilty verdict.

The statement read: “This entire ordeal has been very grievous.

“Today, God’s grace, through the love and prayers of so many, has sustained us.

“Our hearts and prayers are with anyone who has ever been harmed through CSAM.”

The statement continued: “In the days ahead, we will do all we can to surround our daughter-in-law Anna and their children with love and support.

“As parents, we will never stop praying for Joshua, and loving him, as we do all of our children.

“In each of life’s circumstances, we place our trust in God.

“He is our source of strength and refuge.”

The message concluded: “Thank you for your prayers.”

Judge Timothy L. Brooks said he hopes to be able to schedule the sentencing for Josh in four months, adding: “Mr. Duggar 100% has been compliant awaiting trial.

“The Marshals will set that up.”

“I appreciate that and I wanted to acknowledge that however because of the guilty offenses he must be detained regardless of flight risk so there will be mandatory detention.

“The Marshals will set that up.”

Meanwhile, Josh’s lawyer gave a statement after the verdict to reveal that they plan to appeal.

“We respect the jury’s verdict and we look forward to continuing this fight on appeal,” one of his attorneys said outside the courthouse on Thursday.

“We plan to appeal at the appropriate time.”

The guilty verdict was revealed following a nearly two-week trial that saw graphic and disturbing details and testimony.