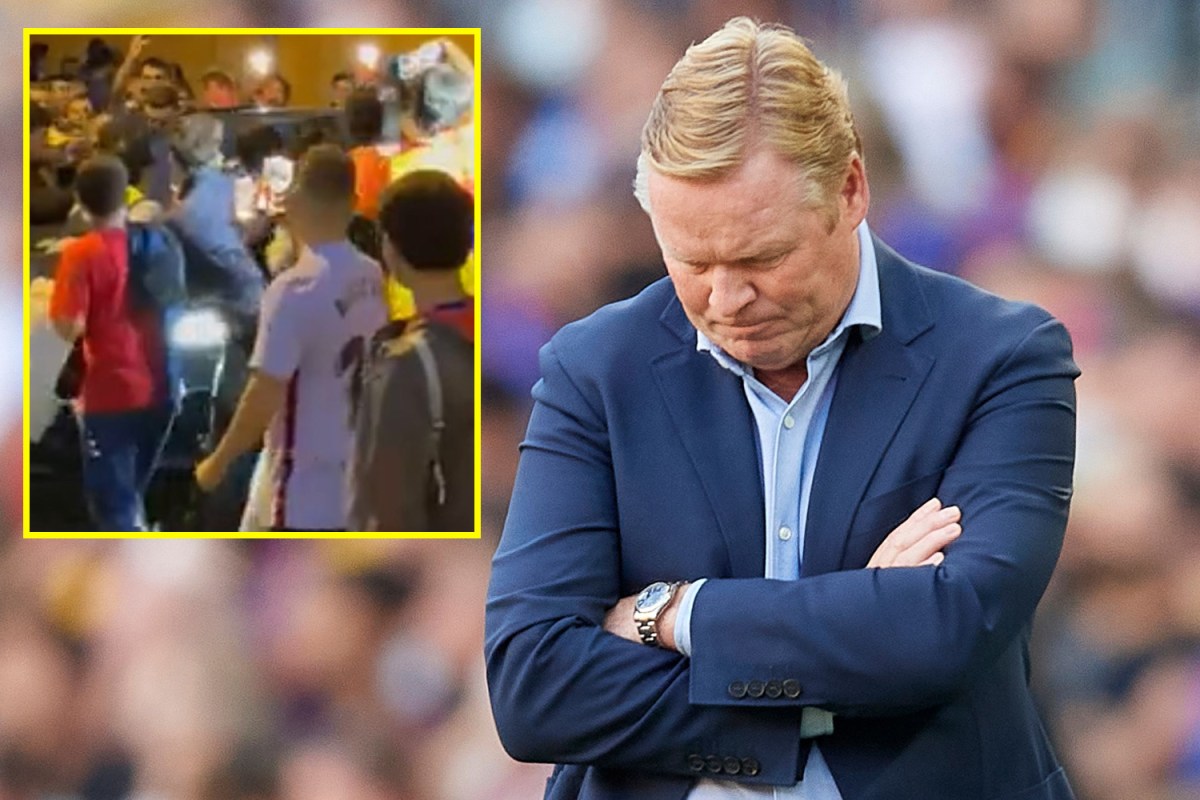 Barcelona manager Ronald Koeman was targeted by a number of angry supporters who surrounded his car when he left the Camp Nou after the El Clasico loss to Real Madrid.

Koeman’s side were defeated by their arch rivals and dropped to ninth position in La Liga.

Real Madrid’s David Alaba opened the scoring in the 38th minute with a stunning effort and Lucas Vazquez tapped in a second.

Sergio Aguero scored a consolation but it wasn’t enough for the Catalonian outfit to get anything out of the game.

The Dutch coach is under huge pressure to change the club’s fortunes and upon leaving the stadium he was subjected to verbal abuse while in his car, with banging heard as his vehicle drove past angry fans.

Barcelona have failed to register an away victory this season and it seems very unlikely the situation will improve anytime soon.

Koeman, though, aimed to take the positives from the defeat, but admitted his frustration when defender Sergino Dest missed a glorious opportunity to give his side the lead before Alaba’s opener.

“We had a very clear chance to go 1-0 up and shortly afterwards Madrid took the lead,” the Dutchman said.

“It’s a totally different game if we go ahead. You simply have to score such a clear opportunity.

“I am disappointed with the result but the team tried until the last second. We didn’t create many clear opportunities. It was an even match but in the end the small details proved key.

“It is difficult to find positives from losing at home to Madrid, but I liked the attitude of the players.

“There is another game on Wednesday, the season is very long so we will keep fighting.”