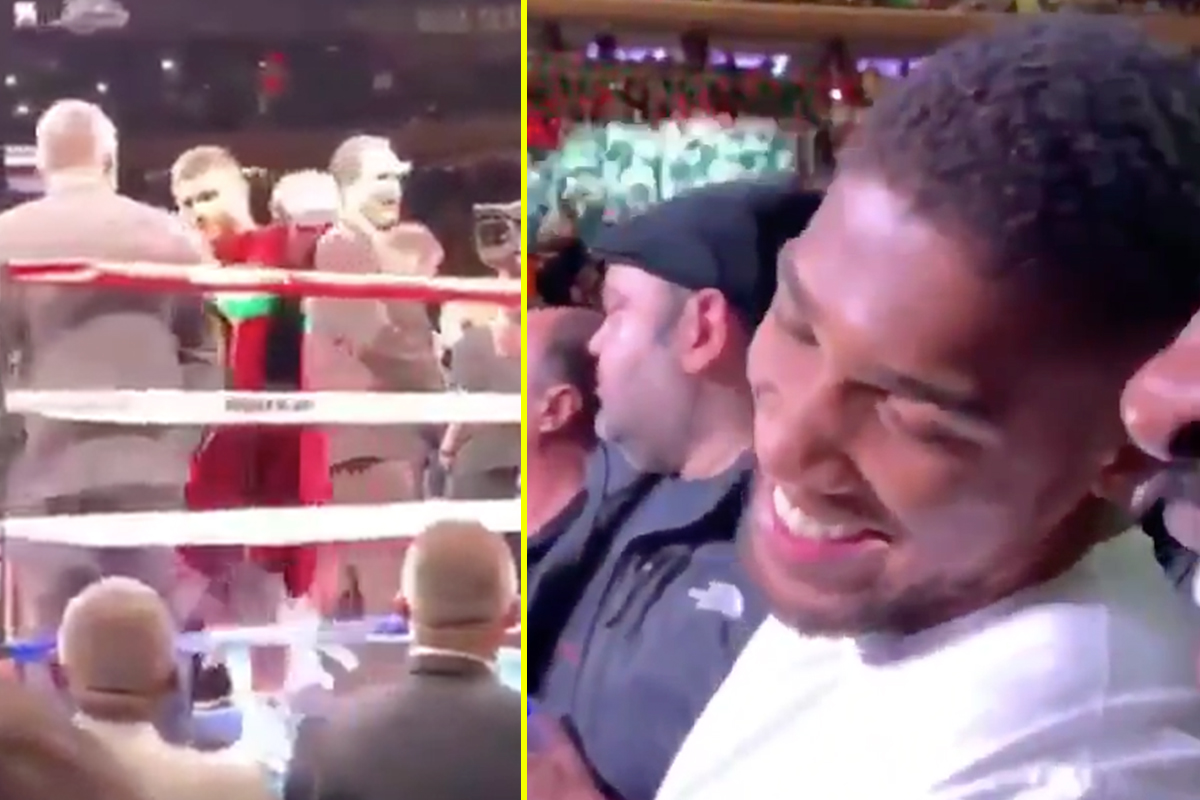 Anthony Joshua pretended to swoon like a love-struck teenager when Canelo Alvarez saluted him before his fight against Rocky Fielding.

When the pair both signed US broadcast deals with emerging streaming service DAZN in 2018, AJ began by knocking out Alexander Povetkin in September.

Before the first bell rang, the Mexican pound-for-pound king spotted his fellow boxing superstar at ringside.

Canelo pointed his fist directly at the Brit as a showing of respect, with AJ not quite sure how to respond.

Joshua’s friend next to him at ringside filmed the encounter and then turned the camera on the heavyweight champion.

It was a clear sign of the star power Canelo commands and back then the two stood alone as the two biggest attractions in world boxing.

This remains true today and now AJ is set for a massive rematch Oleksandr Usyk next year.

Meanwhile Canelo will face Caleb Plant in an undisputed showdown on November 6.