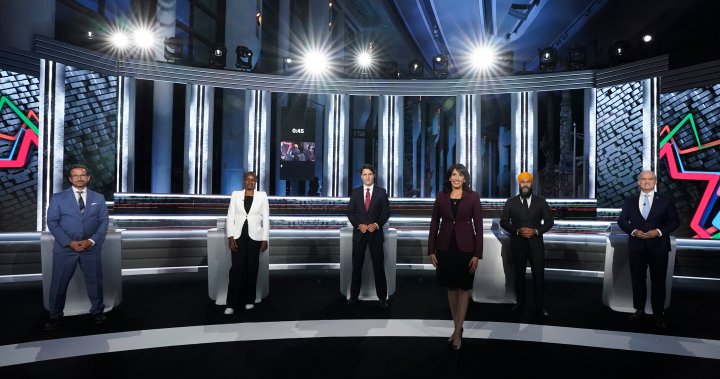 Multiple politicians slammed a Quebec school board on Thursday for reassigning a teacher over her hijab due to Bill 21, Quebec’s secularism law.

But now, anti-Islamophobia activists say this outcry should have come sooner — and that it should be followed by action.

“Welcome to the party,” said Mustafa Farooq, Chief Executive Officer of the National Council of Canadian Muslims (NCCM), in reaction to the latest burst of anger around the law.

“We’ve been fighting this from day one. It’s been resting on the backs of racialized communities and brave human rights defenders.”

The condemnations surround a Quebec’s Bill 21. It was passed in June 2019 and bans the wearing of religious symbols such as hijabs, kippas and turbans by teachers and other government employees deemed to be in positions of authority.

Parents from the Chelsea Elementary School said they found out the teacher was being removed from her job last week. Some later learned it was due to her hijab, and the teacher herself ultimately confirmed that fact in an interview, according to The Canadian Press.

2:01
The controversial Quebec question at the federal leaders’ English debate

In a statement sent to Global News on Friday, Prime Minister Justin Trudeau’s Office said their position on the bill “has always been clear.”

“Nobody in Canada should ever lose their job because of what they wear or their religious beliefs,” a spokesperson for PMO said.

“What we’re seeing in Chelsea is a community coming together to stand up for their neighbour — a teacher. And parents are having really difficult conversations with their kids.”

But during a debate in September, party leaders focused less on defending the people affected by Bill 21, and more on defending the province of Quebec. When moderator Shachi Kurl asked about Bloc Quebecois Leader Yves-Francois Blanchet’s support for “discriminatory” laws in Quebec, including Bill 21, Blanchet accused her of painting all Quebecers as racist.

Her question began by telling Blanchet that he denies “that Quebec has problems with racism.” She then went on to call Bill 21 “discriminatory.” She made no mention of Quebecers themselves in the question.

Trudeau, in a subsequent campaign stop, also said he was “taken aback” by the premise of the question, adding the question was “offensive” and that it is “wrong to suggest that Quebecers are racist.”

O’Toole also said at the time that “Quebecers are not racist, and it’s unfair to make that sweeping categorization.” Singh noted that racism “is not a problem of any one province or territory.”

At the time, all party leaders were fighting for Quebec votes in the federal election — and the 78 possible seats the province offers in the House of Commons, many of which have been passed between parties over the years.

Then-Calgary mayor Naheed Nenshi said Bill 21 is “blatantly unconstitutional” during the election campaign. He called on leaders to say something about it, explaining that it’s “discriminatory” and there’s “nothing wrong with calling that out.”

Still, despite expressing their personal lack of support for the secularism law, the party leaders stopped short of promising to do something about it. While there’s little the federal government can actually do about the law, they can intervene in the court case — something Trudeau hasn’t ruled out doing, but hasn’t actually done, either.

But now is as good a time as any to change that, Farooq said.

“It’s time for the PM Justin Trudeau to stop attacking reporters and interlocutors who ask tough questions about Bill 21 (like Schachi Kurl) and instead get involved in the fight of our time,” wrote Farooq in a December tweet.

“Standing up against unjust laws has never been easy. But it must be done.”

The secularism law is already being challenged by several groups. Hearings in Montreal combined four lawsuits challenging the law on the grounds it discriminates against religious minorities, particularly Muslim women, and were ongoing last month.

The NCCM and the Canadian Civil Liberties Association pledged to appeal an April ruling by a Quebec Superior Court judge that largely upheld the law, despite acknowledging it violates the rights of Muslim women and has dehumanizing consequences for those who wear religious symbols.

That ruling did strike down parts of the bill concerning English-language school boards in the province, and members of the provincial legislature. The promised appeal is currently underway in Quebec’s courts.

Many advocates, including Amira Elghawaby, want the federal government to go beyond condemnations and to throw its weight behind the groups currently fighting the law.

“This really goes against all that we believe a democracy should have for its people,” said Elghawaby, who is the director of programs and outreach at the Canadian Race Relations Foundation.

Bill 21 is Quebec issue, O’Toole says as some of his MPs take tougher stand

“The response of our federal leaders, including now has been awful,” he said.

Politicians, he said, are coming forward “to offer their thoughts and prayers” and saying “it’s disgusting,” but all the while “there’s actually something (they) can do about it.”

“The federal government can choose to get involved in our legal challenge. They can do that tomorrow,” Farooq said.

The government has been reticent to take that step, and are instead watching the issue play out in the province’s courts. PMO reiterated that stance to Global News in their Friday statement.

“Quebeckers are defending their rights through the courts, and that’s a key process in our democracy,” the spokesperson said.

“We’re continuing to follow this closely. As we’ve always said, we haven’t closed the door on making representation in court in the future.”

For Farooq, however, those promises aren’t enough.

“Every person who opposes Bill 21 will have difficult questions to answer in a few years,” he said.

“How do they sleep at night, knowing that they could have stopped or taken great strides in challenging Bill 21 and the stripping away of the rights of our citizens and didn’t do so?”

— with files from Reuters