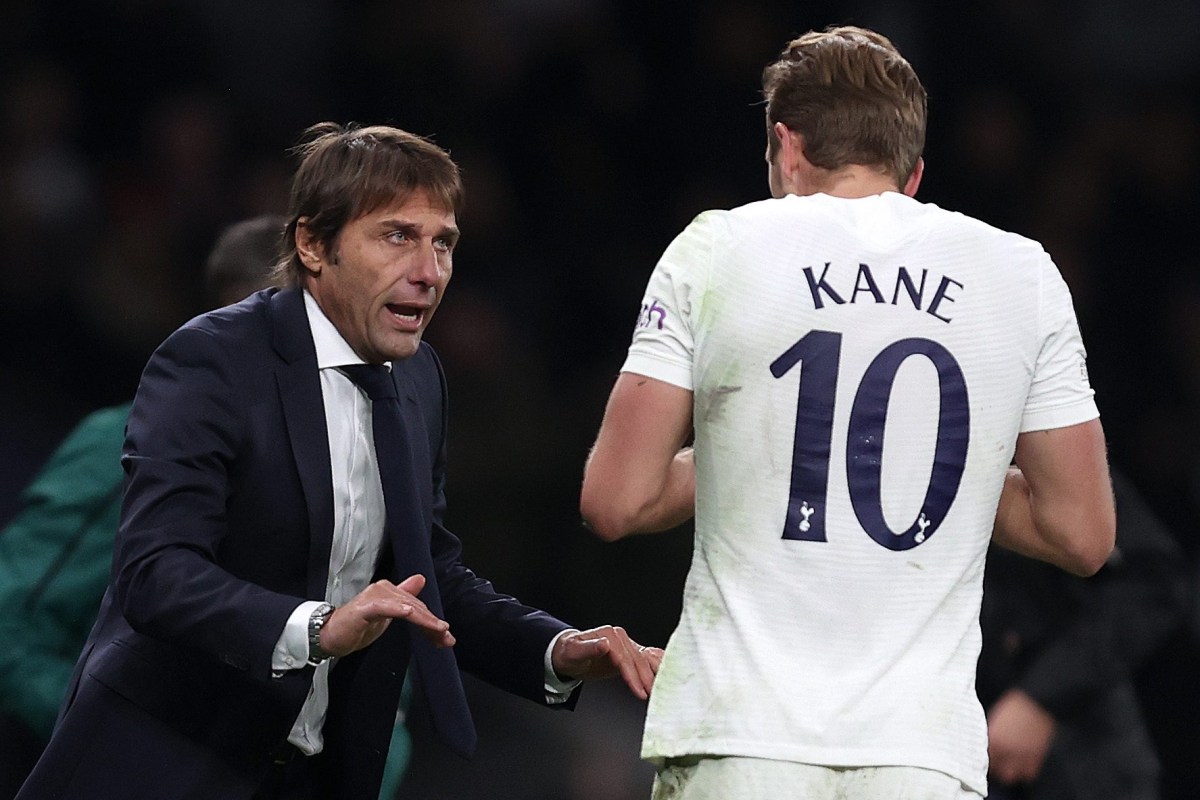 The relationship between Harry Kane and Tottenham has been strained since his failed move to Manchester City in the summer transfer window.

And when speaking to the media ahead of his first league match in charge, Antonio Conte stressed the importance that the star striker has to the team.

Having secured all three points midweek in the Europa Conference League, the 52-year-old will be looking for a repeat result when he takes his side to face Everton.

Whilst there is much anticipation surrounding the club, a lot of work needs to be done before Spurs are competing for a top four place and silverware and the best way to achieve that is to get Kane on top form again.

“We’re talking an important player, not only for Tottenham but also for the national team,” Conte told reporters.

“Harry is a really good player and for sure we have to to work with him and all the players to improve this situation.”

As he did at Chelsea, Inter Milan and Juventus, Conte also requires specific personnel to achieve success, however he was coy when asked about transfer targets.

“Now to tell that we have a specific target is not simple. I think the club is the same. [Fabio] Paratici knows very well this is the situation,” Conte added.

“I think at the moment it’s not good or not fair to say we want to do this or reach this.

“At the moment we’ve only to be strong, to start to work together and think that we need to improve.

“You must have vision. This club has a great vision outside of the pitch. Now we have to start having a vision on the pitch. This is important if we want to win.

“I need time to change something here on the pitch.

“Outside it’s fantastic but on the pitch we have to change many, many things and it can’t happen in a short time.

“We need to work a lot to try to improve this team. There are many, many aspects. Not only tactical but also physically.

“We need a bit of time to do this. Especially to find the time and it’s a bit difficult.”