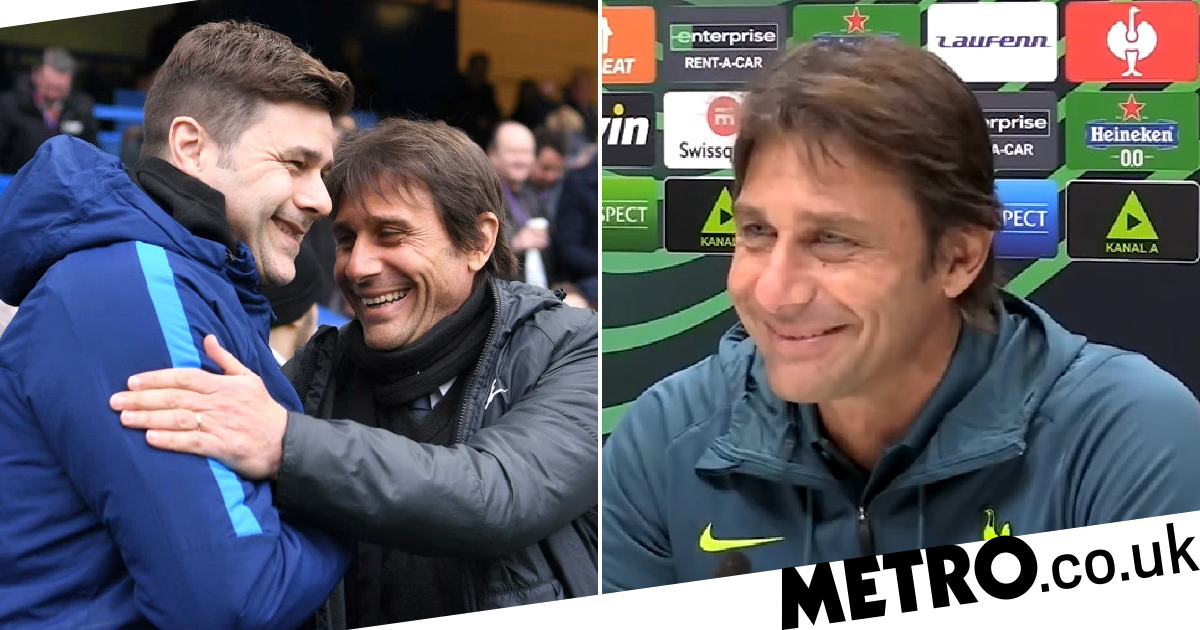 Tottenham boss Antonio Conte says he ‘wishes the best’ for Mauricio Pochettino amid rumours the Argentine is being lined up by Manchester United as their new manager.

The Red Devils finally pulled the trigger on Ole Gunnar Solskjaer on Sunday after a disappointing run of games, with first-team coach Michael Carrick placed in charge on a caretaker basis until an interim or permanent manager is appointed.

United might have had their eye on Conte had they acted sooner, with the Italian a free agent at the start of the season until Spurs swooped in after losing 3-0 at home to the Red Devils last month.

Instead, Pochettino is United’s clear preference to succeed Solskjaer, though extracting him from his contract with Paris Saint-Germain could be extremely difficult – and costly.

The former Spurs boss is believed to be keen on taking the Old Trafford hotseat, though may have to wait until the summer with United sounding out potential interim managers in the meantime.

The two managers clearly have enormous respect for one another and while Conte had not had time to consider the implications of Pochettino returning to the Premier League, he was keen to wish his colleague good luck whatever he decides to do.

Asked on Wednesday about the prospect of facing off against Pochettino at United, Conte replied: ‘Honestly in this moment I’m too busy thinking about my work and the situation here at Tottenham to speak about whether eventually Pochettino comes again to England.

‘I think I’m not prepared for this answer, I’m sorry! I am focused on the game against Mura.

‘Mauricio is a friend, a good friend, and he is a good person. I wish for him the best.’

Pochettino will be in Manchester on Wednesday night to take on City in the Champions League and, despite rumours he is keen to swap PSG for United, insisted he was happy in the French capital at his pre-match press conference.

He explained: ‘I’m really happy at Paris Saint-Germain – that’s a fact. We are in a business that the rumours are there, I completely understand what is going on – sometimes in a positive way and sometimes in a negative way. This type of thing cannot distract.

‘They are rumours. Rumours are there and we need to live with that. That is the football that we are living. We are so focused. We are giving 100% to try to get the best form for the club, and for the players to try to perform the best way. I am so happy for Paris Saint-Germain. For tomorrow we are focused to try to get the best result we can.