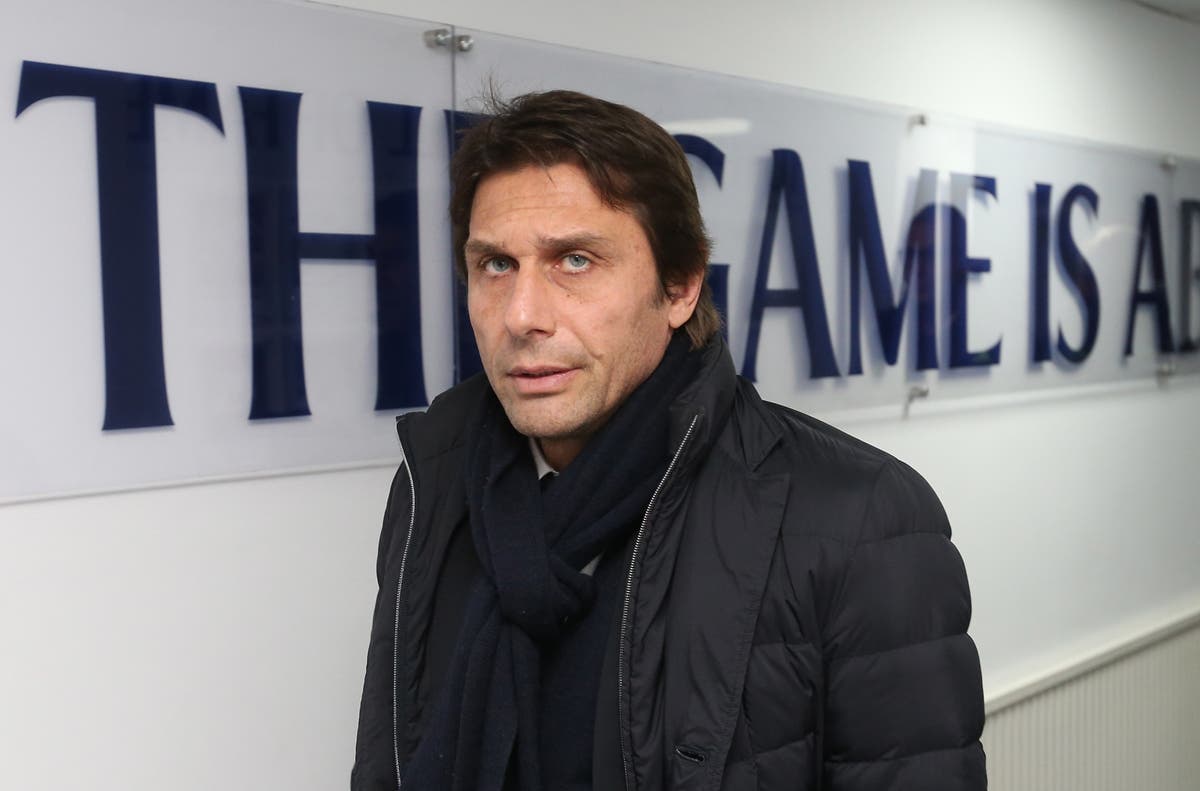 Hello and welcome to our live rolling coverage of the news that Tottenham have appointed Conte as their new head coach.

The former Chelsea boss has been confirmed, having been the front-runner for the job since Nuno Espirito Santo was sacked on Monday morning.

Conte has agreed an 18-month deal with Spurs, who will be hoping the Italian can bring the instant success to the club that he has achieved in his previous managerial roles at Juventus, Inter Milan and Chelsea.

The 52-year-old will take charge of his new club for the first time at home to Vitesse Arnhem on Thursday night in the Europa Conference League.

The decision to sack Nuno comes after a disappointing run of results that has left Tottenham eighth in the Premier League.

Nuno was appointed on a two-year contract in July at the end of a protracted and often chaotic 72-day search for a successor to Jose Mourinho, during which talks with Conte broke down.

Levy has been reluctant to make another managerial change but he was furious after the embarrassing defeat to United at the Tottenham Hotspur Stadium.

Conte is due to meet his squad this afternoon, but he will not yet lead the training session as he is still waiting for his work visa to be confirmed.

It’s still expected he will take charge at home to Vitesse on Thursday for his first game, in what will be the most high-profile match in the Europa Conference League’s short history.

Paratici and Conte back together

Spurs’ managing director Fabio Paratici brought Conte to Juventus in 2011, where he won the Serie A title in each of his three seasons in charge. The pair are now reunited, and Tottenham will hope it will once again be a successful partnership.

“We are delighted to welcome Antonio to the Club,” Paratici said.

“His track record speaks for itself, with vast experience and trophies in both Italy and England.

“I know first-hand the qualities Antonio can bring to us, having worked with him at Juventus, and look forward to seeing his work with our talented group of players.”

Conte has spoken about the qualities he is looking to bring as head coach at Spurs.

“I am extremely happy to return to coaching, and to do so at a Premier League club that has the ambition to be a protagonist again,” he said.

“Tottenham Hotspur has state-of-the-art facilities and one of the best stadiums in the world.

“I can’t wait to start working to convey to the team and the fans the passion, mentality and determination that have always distinguished me, as a player and as a coach.”

The Italian has agreed an 18-month contract with Spurs, with the deal including the option of an extra season.

Conte could be in the dugout against Vitesse on Thursday, with his first Premier League match at the helm set to be against Everton at Goodison Park on Sunday.

He has a perfect record in his first competitive match in charge at his last four jobs.

Tottenham players will have to be on their best behaviour under Conte. The Italian revealed his policy towards bad attitude in a previous interview, and his standards are very clear.

“I always talk about education and respect. I give this, but I demand it,” he said.

“If someone doesn’t have the right attitude during training or the right behaviour, under different circumstances, then I’d rather kill them.

The Italian has been out of work since he left Inter Milan in May, reportedly over a disagreement on the club’s transfer plans.

That came just over three weeks after Conte led the club to their first Serie A title in more than a decade.

Romelu Lukaku and Lautaro Martinez scored 41 league goals between them last season for Inter – Tottenham fans will be hoping a change of manager will result in a similarly successful output from Kane and Son.

Where it all went wrong

“His coaching did not convince all the players. One drill in which the players were told to play out of position, with the forwards in defence and vice-versa, left some players baffled and others amused.”

Chance of silverware this season?

It’s been more than 30 years since Spurs last lifted the FA Cup, but Conte showed a liking for the competition in his two years as Chelsea manager.

In his first season in charge the Blues finished as runners-up, beating Tottenham 4-2 in the semi-final before losing out to Arsenal.

Conte’s side went one better the following season though, beating Jose Mourinho’s Manchester United 1-0 in the final.

Chance of silverware this season?

It looks likely that Conte’s first match in charge at Tottenham could come in Europe, at home to Vitesse on Thursday night.

A 1-0 defeat in the reverse-fixture has left Spurs third in their group, three points behind table-toppers Rennes.

A win on Thursday would see the north London club go above Vitesse, but they need to finish top of the group to secure a place straight through to the last 16 and avoid a play-off with a side dropping down from the Europa League.

That could come down to the last match of the group, at home to Rennes, with December a potentially defining month for Conte’s hopes of winning a trophy this season.