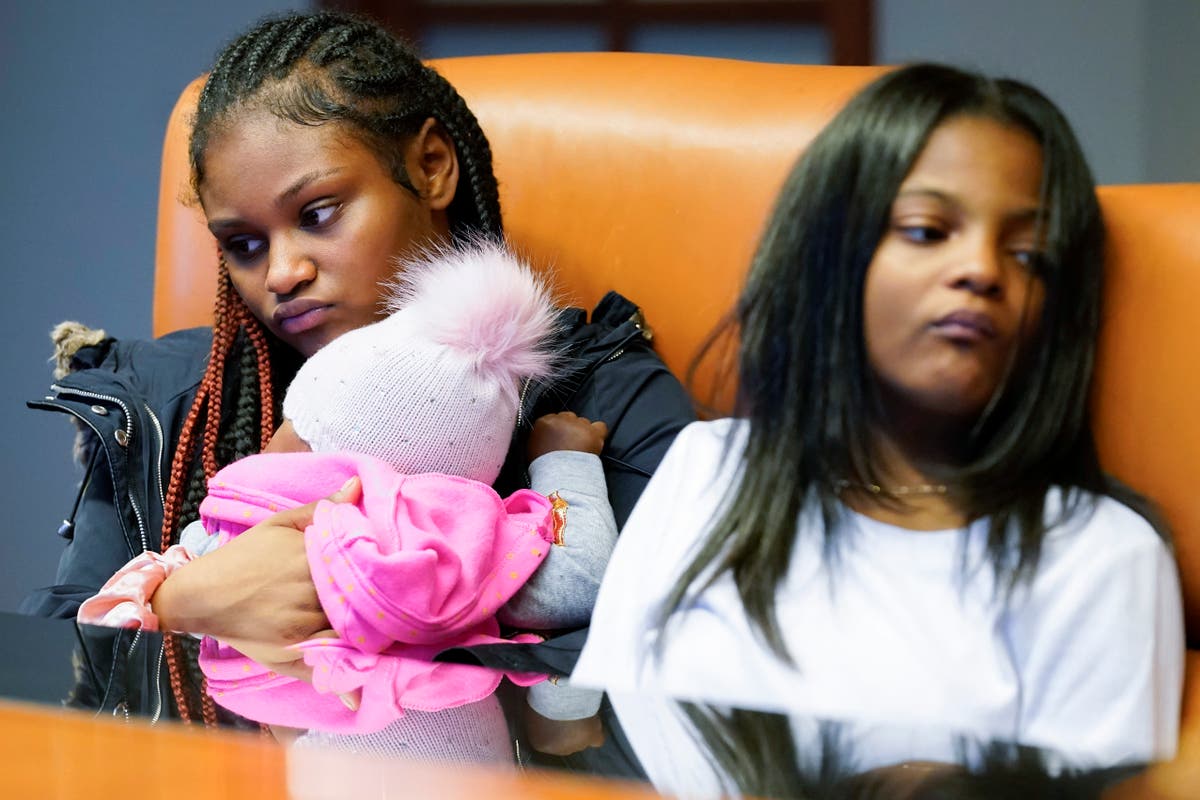 POLICE FORCE ON CHILDREN — An Associated Press investigation into police use of force against children finds that kids as young as 6 have been treated harshly by officers. In an analysis of 3,000 instances of police use of force against children, the AP found Black children made up more than 50% of those who were handled forcibly, though they’re only 15% of the U.S. child population. By Helen Wieffering, Colleen Long and Camille Fassett. SENT: 3,090 words, photos, video. An abridged version of 1,000 words is also available.

FRANCE-SURVIVING THE BATACLAN — They were animals, many of them say. Prey that had lost all sense of time. Targets who were no longer human to either their hunters or themselves. For more than two weeks, dozens of survivors from the Bataclan concert hall in Paris have testified in a specially designed courtroom about the Islamic State group’s attacks on Nov. 13, 2015. They stand just a few steps away from 14 men accused in the bloodshed — the deadliest in modern France. By Lori Hinnant. SENT: 2,050 words, photos. An abridged version of 1,080 words is also available.

CAPITOL BREACH-SUBPOENAS — A House committee investigating the Jan. 6 Capitol insurrection votes unanimously to hold Steve Bannon in contempt as former President Donald Trump pushes back on the probe in a new lawsuit. The vote sends the contempt resolution to the full House, which is expected to vote on it Thursday. By Mary Clare Jalonick and Farnoush Amiri. SENT: 930 words, photos, video.

VIRUS-OUTBREAK-BRAZIL-BOLSONARO-INVESTIGATION — Brazilians will turn their focus to the Senate where a report six months in the making will recommend President Jair Bolsonaro be indicted on criminal charges for allegedly bungling the response to the COVID-19 pandemic, and pushing the country’s death toll to second-highest in the world. By Débora Álvares and Diane Jeantet. SENT: 670 words, photos.

SYRIA — Two roadside bombs exploded near a bus carrying troops during the morning rush hour in the Syrian capital, killing 14 people and wounding others, state TV reported. The attack was the deadliest in Damascus in years, and a rare event since government forces captured suburbs formerly held by insurgents in Syria’s decade-long conflict. By Albert Aji. SENT: 280 words, photos.

LEBANON-WAR-REDUX — The shootout on the streets of Beirut between rival Christian and Muslim groups last week revived memories of the country’s 1975-90 civil war. It also fired up sectarian passions in a country that never dealt with the causes of its violent past. Add to that a bankrupt government, hyperinflation and mounting poverty, and Lebanon is turning into a powder keg on the Mediterranean. By Sarah El Deeb. SENT: 1,040 words, photos. With LEBANON-HEZBOLLAH — Hezbollah brag of 100,000-strong force aimed at foes at home.

ANIMAL-TO-HUMAN-ORGANS — Scientists temporarily attached a pig’s kidney to a human body and watched it begin to work, a small step in the decades-long quest to one day use animal organs for life-saving transplants. The kidney for this experiment came from a gene-edited animal, engineered to avoid an immune system attack. By Medical Writer Carla K. Johnson. SENT: 740 words, photos.

CLIMATE-ITALY-VENICE — After Venice suffered the second-worst flood in its history in November 2019, it was inundated with four more exceptional tides within six weeks, shocking Venetians and triggering fears about the worsening impact of climate change. By Colleen Barry. SENT: 1,080 words, photos.

MORE ON THE VIRUS OUTBREAK

VIRUS-OUTBREAK-WORKPLACE-RULES — The Biden administration threatened to revoke the authority for three Republican-controlled states to handle their own workplace safety enforcement because they have refused to adopt rules to protect health care workers from COVID-19. SENT: 440 words. With VIRUS OUTBREAK-THE LATEST.

VIRUS-OUTBREAK-HAWAII — Hawaii’s COVID-19 case counts and hospitalizations have declined to the point where the islands are ready to welcome travelers once again, the governor says. SENT: 330 words, photo.

NAVY SHIP-FIRE — A Navy report concludes there were sweeping failures by commanders, crew members and others that fueled the July 2020 arson fire that destroyed the USS Bonhomme Richard. SENT: 1,110 words, photos.

BIDEN-JAPAN AMBASSADOR —The fatal police shooting of a Black teen in Chicago seven years ago is looming large over the city’s former mayor, Rahm Emanuel, as he looks to win confirmation as Biden’s ambassador to Japan. SENT: 1,190 words, photos.

SCHOOL SHOOTING-FLORIDA — Nikolas Cruz is expected to plead guilty to 17 counts of first-degree murder for the 2018 massacre at Majory Stoneman Douglas High in Parkland, but he still faces the possibility of a death sentence. SENT: 470 words, photos.

GRAVES-BENEATH-HIGHWAY — The thousands of drivers who use a Rhode Island highway on their way to work every day probably have no idea they are passing over the graves of some people who died in the late 1800s and early 1900s at state institutions. SENT: 500 words.

AFRICAN CHURCHES-LGBTQ RIGHTS — In some parts of the world, prominent Protestant churches have been vocal advocates for LGBTQ rights. With rare exceptions, this hasn’t happened in Africa. UPCOMING: 1,250 words by 5 a.m., photos.

KOREAS-TENSIONS — North Korea says that it had test-fired a newly developed ballistic missile from a submarine, in its first such underwater test-launch in two years and one it says will bolster its military’s undersea capabilities. SENT: 960 words, photos.

HAITI-US-KIDNAPPED MISSIONARIES — Negotiations stretched into a fourth day seeking the return of 17 members of a U.S.-based missionary group kidnapped over the weekend by a violent gang that is demanding $1 million ransom per person. SENT: 700 words, photos.

CLIMATE-FOSSIL-FUELS — The world needs to cut by more than half its production of coal, oil and gas in the coming decade to maintain a chance of keeping global warming from reaching dangerous levels, according to a U.N.-backed study. SENT: 400 words, photo.

CHANGING ECONOMY-HOURLY WORKERS — Companies are confronting demands by hourly workers on terms that once used to be non-negotiable: scheduling. By Retail Writer Anne D’Innocenzio. UPCOMING: 1,030 words by 10 a.m., photos.

NFL-CONCUSSION-SETTLEMENT — The NFL is set to propose changes to the $1 billion concussion settlement after an outcry over test score adjustments known as “race-norming,” which make it harder for retired Black players to win dementia awards that average $500,000 or more. SENT: 660 words.

HOW TO REACH US