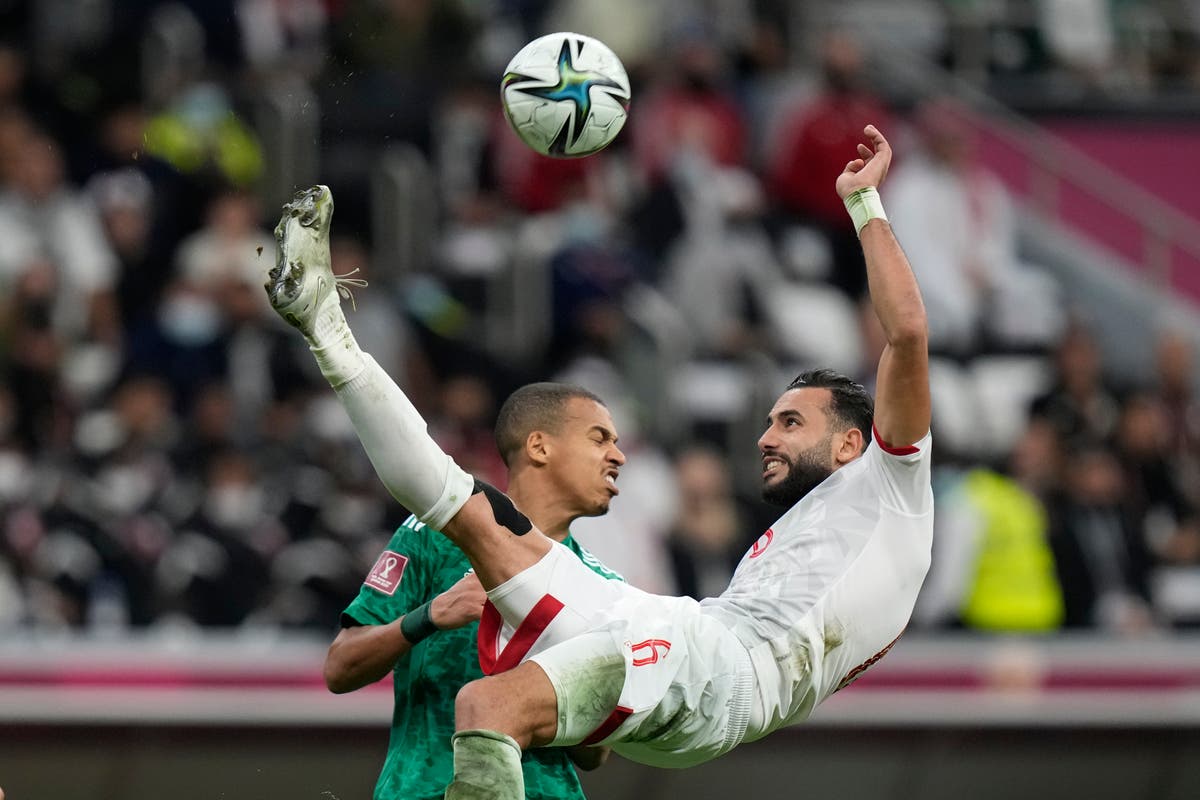 VIRUS OUTBREAK-RESTAURANTS — While restaurants in the U.S. and United Kingdom are open without restrictions and often bustling, they are entering their second winter of the coronavirus pandemic anxious about what’s ahead: They’re squeezed by labor shortages and skyrocketing food costs and the omicron variant is looming. By Dee-Ann Durbin, Mae Anderson and sylvia Hui. SENT: 1,100 words, photos.

PAKISTAN-AFGHANISTAN-RALLYING-SUPPORT — The economic collapse of Afghanistan, already teetering dangerously on the edge, would have a “horrendous” impact on the region and the world, successive speakers warned at the start of a one-day summit of foreign ministers from dozens of Islamic countries. By Kathy Gannon. SENT: 820 words, photos.

JAPAN-FIRE — Japanese police identified a 61-year-old man as a prime suspect behind a fire that engulfed a mental clinic in an eight-story building where he was a patient, killing 24 people who were trapped inside. By Mari Yamaguchi SENT: 770 words, photos.

EMIRATES-PEOPLE-DAVID GUETTA — Internationally known DJ David Guetta has made a home for himself in the Persian Gulf. The French DJ is a resident of the United Arab Emirates, where he has performed multiple times — the latest being on the helipad at the landmark Burj Al Arab hotel, and was one of the first artists invited to perform in Saudi Arabia when the kingdom opened its doors to tourists and began allowing concerts and entertainment. Guetta is performing in Saudi Arabia again today. By Malak Harb. SENT: 770 words, photos.

ASIA-STORM — The governor of an island province in the central Philippines says at least 63 people died in the devastation wrought by Typhoon Rai in more than half of the towns that managed to contact him, bringing the death toll in the strongest typhoon to batter the country this year to at least 137. By Jim Gomez. SENT: 570 words, photos.

BRITAIN-OBIT-ROGERS — Richard Rogers the lauded British architect who was one of the forces behind the Pompidou Center in Paris and later designed London’s Millennium Dome has died. He was 88. SENT: 130 words, photos.

BRITAIN-POLITICS — U.K. Prime Minister Boris Johnson’s first choice to investigate allegations that government officials held Christmas parties last year when COVID-19 rules barred such gatherings has stepped aside after he, too, was caught up in the “partygate” scandal. SENT: 400 words, photo.

QVC FACILITY-FIRE — A fire has ripped through a distribution center in North Carolina for the QVC home-shopping television network, causing extensive damage to the facility. SENT: 260 words.

MORE ON THE VIRUS OUTBREAK

VIRUS OUTBREAK-FINLAND-WINTER WONDERLAND — Christmas is in full swing in Finnish Lapland, where venue operators happily report that visitors have returned in numbers approaching pre-pandemic levels. Tourists from elsewhere in Finland and abroad come to revel in the festive spirit at the sprawling Santa Claus Village theme park, take a reindeer or husky sleigh ride and if they are lucky, glimpse the Northern Lights. Having survived a wretched 2020, many businesses on the edge of the Arctic Circle see this season as a “turning point.” How long the winter fun will last is uncertain as the omicron coronavirus variant leads to new travel restrictions, test requirements and quarantine measures. SENT: 840 words, photo.

VIRUS OUTBREAK-SNL — People’s Sexiest Man Alive of 2021 was indeed inducted into the vaunted Five-Timers Club on “Saturday Night Live,” but the surging omicron variant of the coronavirus meant there was no live audience to see it happen. Instead, viewers at home saw new sketches taped earlier in the week, as well as highlights from years past. SENT: 630 words, photo.

VIRUS OUTBREAK-IRAN — Iran has detected its first case of infection by the new omicron variant of the coronavirus, state TV reports. SENT: 190 words.

VIRUS OUTBREAK-GERMANY — Germany is tightening travel restrictions for people coming from Britain in response to the rapid spread of the omicron variant there. SENT: 180 words.

BLINKEN-COVID — The global surge in coronavirus infections wreaked havoc with Secretary of State Antony Blinken’s round-the-world diplomatic journey last week. At least three people on board his military plane tested positive for COVID-19 during the trip. The positive cases forced a frantic re-evaluation of Blinken’s itinerary, which was cut short and re-routed through Guam to return to U.S. territory as soon as possible to avoid mandatory quarantines for others who might have been infected. By Diplomatic Writer Matthew Lee. SENT: 470 words, photos.

HONG KONG-ELECTION — Hong Kong was voting in the first election since Beijing amended the laws to reduce the number of directly elected lawmakers and vet candidates to ensure that only those loyal to China can run. SENT: 660 words, photos.

CHILE-ELECTION — Chileans are electing their next president following a polarizing campaign between a free-market firebrand likened to Donald Trump and a millennial former student protest leader who promises to attack nagging inequality in Latin America’s most advanced economy. SENT: 590 words, photos.

ISRAEL-PALESTINIANS — The Israeli military says that its forces apprehended four Palestinian suspects believed to have taken part in a deadly shooting in the occupied West Bank. SENT: 280 words.

INDIA-SIKH-TEMPLE — A man was beaten to death in the northern Indian city of Amritsar after he allegedly attempted to commit a sacrilegious act inside the historic Golden Temple, one of Sikhs’ most revered shrines. SENT: 190 words, photos.

AUSTRALIA-LIGHT AIRCRAFT CRASH — Four people including two children died after a light aircraft crashed into the sea near the coast of Australia’s Queensland state. SENT: 120 words.

GUATEMALA-KILLINGS — A dozen people were slain in a Guatemalan village that has been involved in a years-long territorial dispute with a nearby town, police say. SENT: 100 words.

OBIT-KANGOL KID — Kangol Kid, a member of the legendary hip-hop group UTFO, has died after a battle with colon cancer. He was 55. SENT: 130 words.

FBN-PATRIOTS-COLTS — Jonathan Taylor ran for 170 yards and scored on a 67-yarder with 2:01 left to help the Indianapolis Colts seal a 27-17 victory over the New England Patriots on Saturday night. The Colts (8-6) solidified their playoff hopes by winning for the fifth time in six games — and ending an eight-game losing streak to the rival Patriots (9-5). By Sports Writer Michael Marot. SENT: 830 words, photos.

HOW TO REACH US