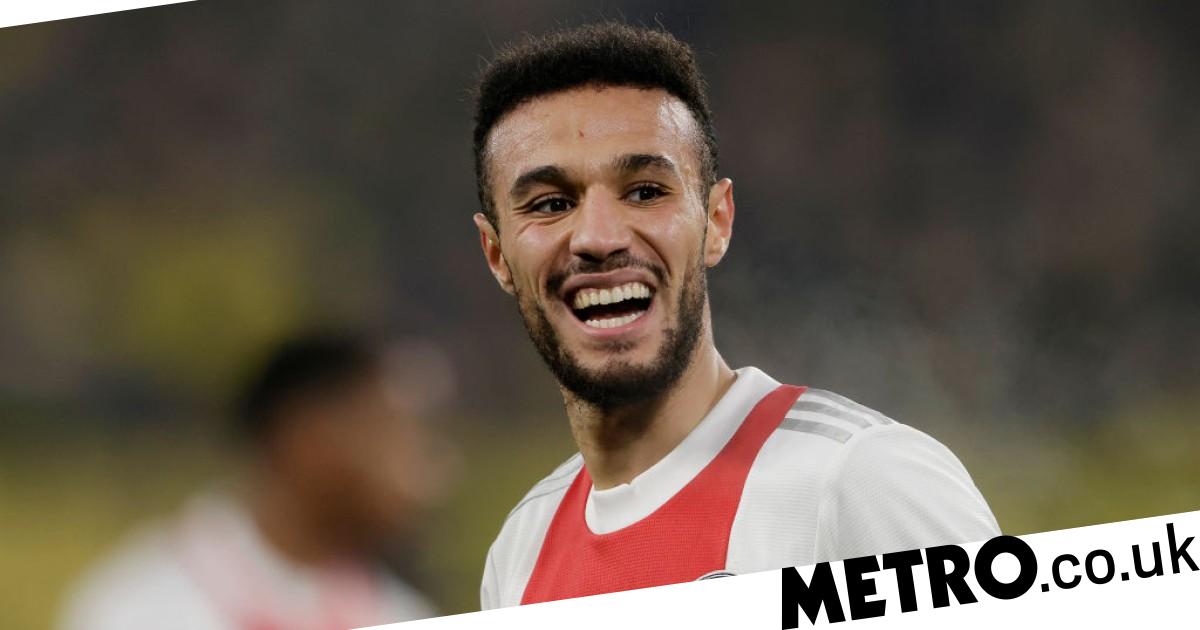 Arsenal and Manchester City are both ready to make a move to sign Ajax star Noussair Mazraoui, according to reports.

Mazraoui has been a mainstay in the Ajax team so far this season, having started 12 times in all competitions, scoring three goals.

The Morocco international’s current contract with the Dutch giants is set to expire next summer and with no new deal agreed, the feeling around the club is that he could leave on a free transfer.

The Gunners and City are both said to be keen on the player as they look to bolster their defensive options for next season, while Leeds United and Brighton also have him on their list of targets, according to Eurosport.

Mazraoui recently confirmed that his future remained up in the air, and that a new contract was becoming ‘more difficult’ to complete by the day.

‘We have to see what happens. The longer it takes [to agree a new deal], the more difficult it becomes,’ he said.

‘I have been with Ajax for 17 years so you understand the feeling – I want to take the next step. It shouldn’t be this season, but it shouldn’t take two years either.

‘I’m open to a new contract, I also said that to Marc [Overmars, sporting director]. I am honest about that.’

Ajax are well known for producing some of the biggest stars in the Netherlands, including Frenkie de Jong, Matthijs de Lijt and Donny van de Beek, before allowing them to flourish in Europe’s top leagues – so it wouldn’t be a surprise if Mazraoui ended up in the Premier League next season.