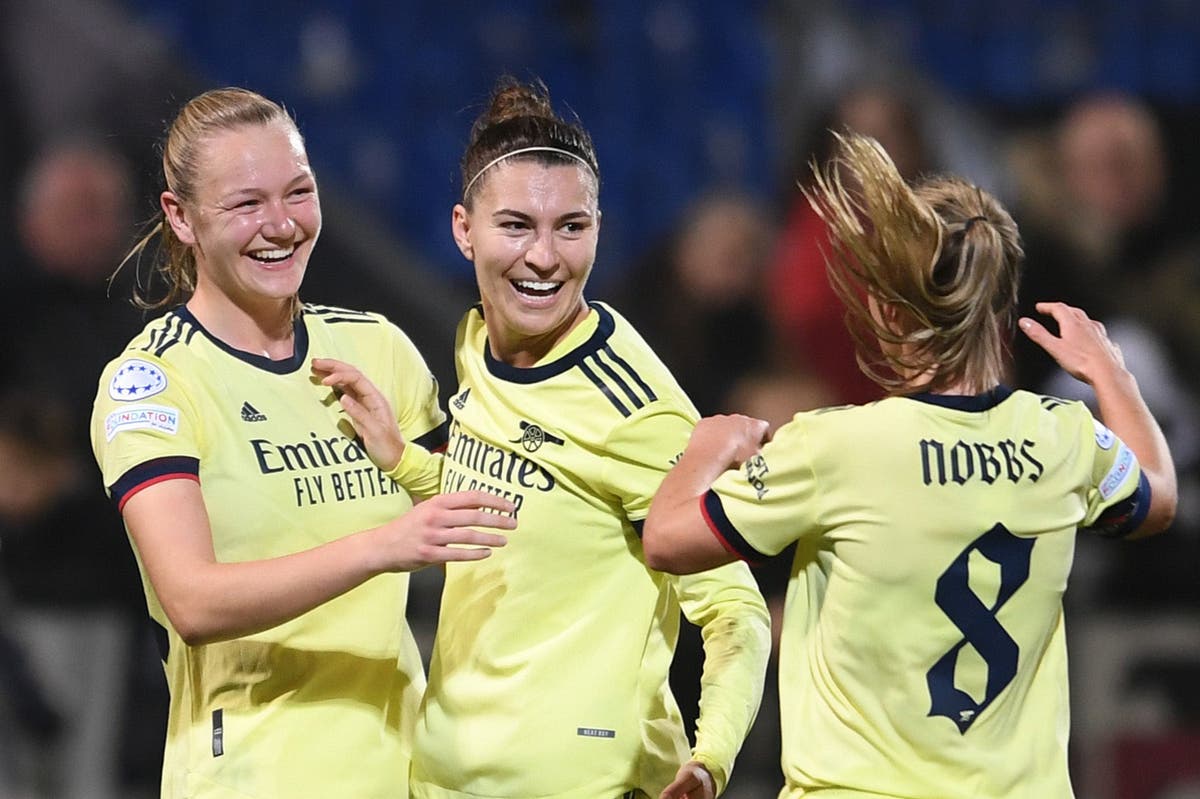 Stephanie Catley put the Gunners ahead in Denmark before a flurry of goals late on to secure second in Group C behind holders Barcelona.

Jonas Eidevall’s side carried their impressive domestic form over from the Women’s Super League, in which they have yet to drop a point, to show that their 4-1 defeat to Barcelona last month was little more than a blip.

Despite making six changes, Arsenal dominated from the outset and were awarded a penalty in the 15th minute but Nikita Parris missed the opportunity for an early advantage.

Arsenal did not have to wait long though, taking the lead in the 28th minute thanks to a curled free-kick from Catley as the Australian lifted it over the wall and in off the bar, out of the reach of Koge goalkeeper Kaylan Marckese.

The Gunners kicked on after half-time and Parris made up for her earlier penalty miss just after the hour mark, latching on to a Catley shot to turn and drive home.

Caitlin Foord headed in her side’s third less than ten minutes later, after Jordan Nobbs’ effort rebounded off the bar.

Against the run of play, Koge pulled one back as Arsenal made a number of defensive mistakes before Madalyn Pokorny slotted the ball into the goal.

It would prove to be little more than a consolation goal. Arsenal added two more in the final five minutes to inflict a heavy defeat on the Danish side, with Anna Patten clipping the ball into the top corner before Nobbs rounded off the scoring with a low drive.

Arsenal remain three points adrift of Barcelona, who eased to a 4-0 win over Hoffenheim.