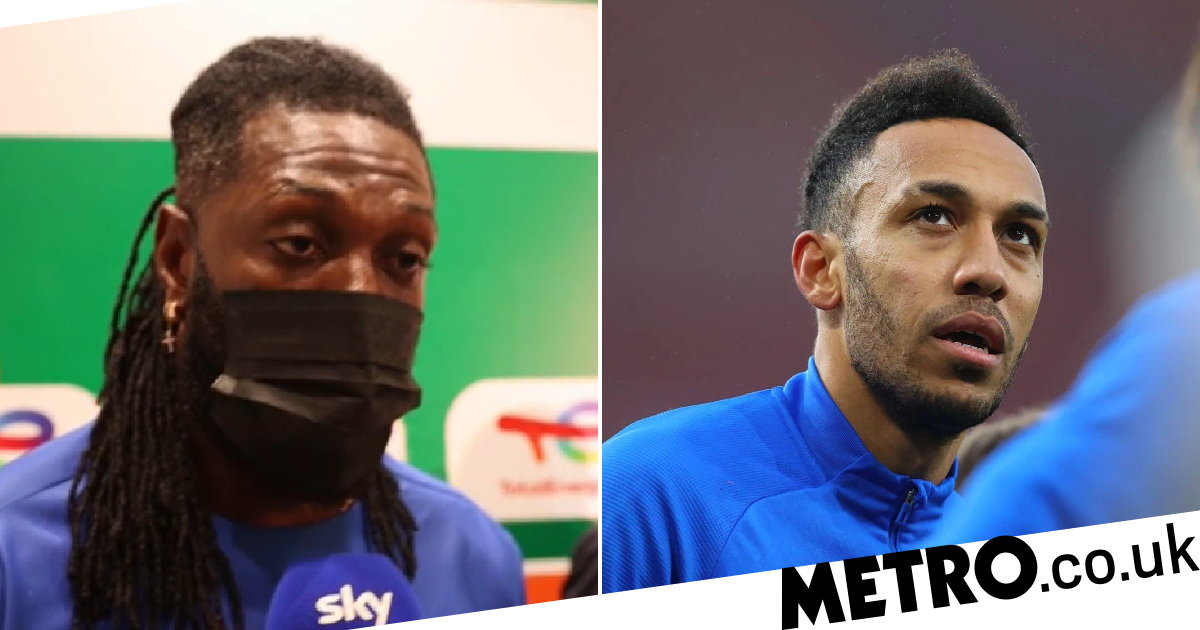 Emmanuel Adebayor has aimed a dig at Arsenal over Pierre-Emerick Aubameyang’s ongoing struggles and says he cannot see a way back for the striker at the Emirates.

Aubameyang has been a mainstay in Arsenal’s team over the past five seasons, scoring 92 goals in 163 appearances for the Gunners.

But the 32-year-old may have played his last game for Arsenal after being exiled by Mikel Arteta since losing the captaincy.

Aubameyang has missed Arsenal’s last 10 fixtures and the club are open to offloading the Gabon international, either on loan or in a permanent transfer.

Adebayor sympathises with Aubameyang as he says Arsenal ‘never knew how to forgive’ and admits his career at the club could be over.

‘I know he’s going through a lot, because that’s Arsenal for you,’ Adebayor said. ‘They never knew how to forgive, so I know he went through a lot.

‘He’s a fantastic player, I wish him all the best – I’ve sent him a message already.

‘We just want him to bounce back. Whether we like it or not, he’s an African brother and we want him to keep representing Africa the way he was doing before.’

Asked if Aubameyang could still revive his Gunners career, Adebayor added: ‘I don’t think so, this is what I know because it happened to me also.

‘Not in the same way but in Arsenal, a way back I would be surprised [to see]. But he’s a great player so let’s see how it ends up.’

Since losing the Arsenal captaincy, Aubameyang has been linked with moves to Premier League rivals Newcastle United and Saudi Arabian club Al Nassr.

Arteta’s side were held to a disappointing goalless draw by bottom-placed Burnley on Sunday as the Gunners missed the chance to move back into the top four.