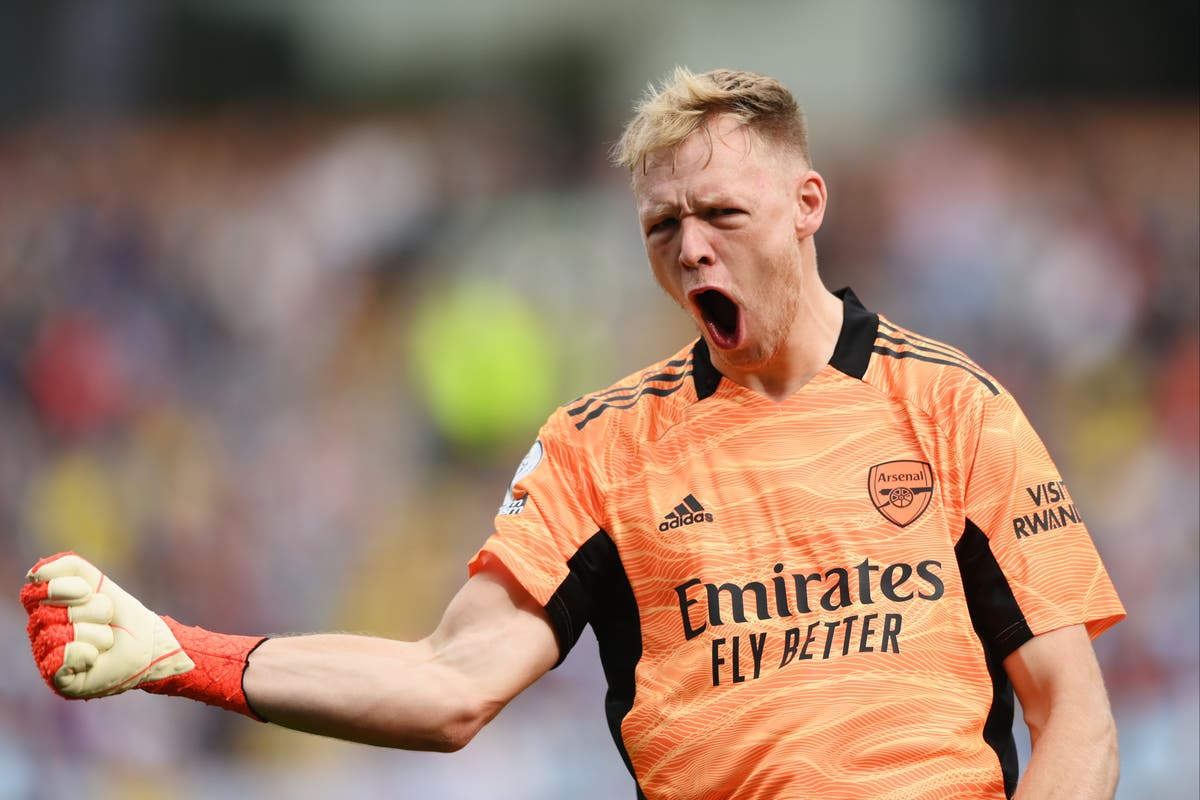 Ramsdale has impressed at Arsenal after joining this summer from Sheffield United as part of a deal that could eventually be worth £30million.

The 23-year-old’s form recently earned him a recall to the England setup, while he was part of the Euro 2020 squad after Dean Henderson pulled out due to injury.

Ramsdale relished the experience this summer as England made it all the way to the final, but for the World Cup next year he wants to replace Jordan Pickford in the starting XI.

“Me and the Mrs were going to go on holiday and go and chill,” told AFC Wimbledon’s website when discussing being called up to the England squad for Euro 2020.

“The next thing you know, I’m in the squad, I’m fully part of it and it was some of the best weeks of my life!

“I keep saying it was a great lad’s holiday! That’s just the team spirit we had, and we were just a few kicks away from achieving something great.

“It’s just added momentum and hunger to do well in the World Cup and hopefully I can be a part of that again and hopefully that’ll be to do with a starting role.”

Ramsdale has struck up a good relationship with the Arsenal supporters and he is quickly becoming a fan favourite.

The goalkeeper was loved by Dons fans, too, during his six months on loan there and he is feeling the love at Emirates Stadium now.

“I’m loving the connection I’ve got with the fans there, like I did here, but ultimately, they are not the ones picking the team,” Ramsdale added.

“If I keep the manager happy, which I’m doing now, I’ll be doing well.”