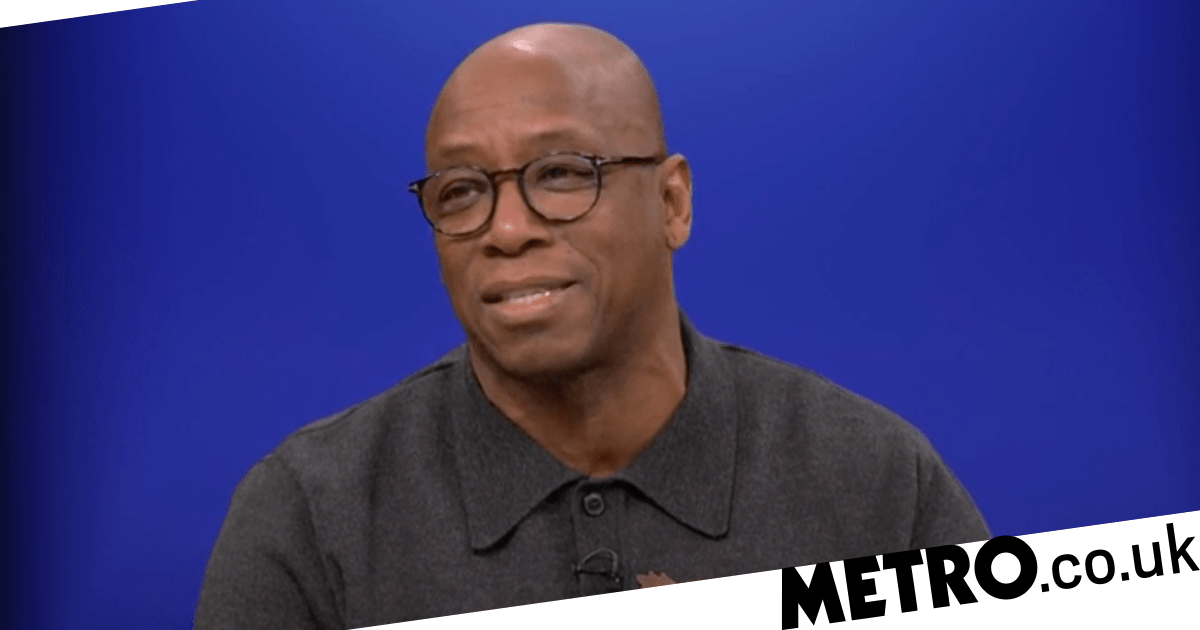 Ian Wright reserved special praise for Aaron Ramsdale in the wake of Arsenal’s 2-0 victory away to Leicester, labelling his stunning stop to deny James Maddison as ‘the save of the season’.

Gabriel Magalhaes and Emile Smith Rowe netted to give Arsenal a two-goal lead inside 18 minutes and the visitors held firm to secure all three points and move up to sixth in the Premier League table.

Summer signing Ramsdale produced a string of superb saves to come away from the King Power Stadium with a clean sheet, with the Foxes left frustrated after a strong second-half performance.

Peter Schmeichel – whose son, Kasper, was in goal at the other end of the pitch – said Ramsdale’s flying save to keep out Maddison’s 43rd-minute free-kick was the best he had seen in ‘years’ and both Mikel Arteta and Brendan Rodgers applauded the shot-stopper’s outstanding display after the clash.

Eyebrows were raised when Arsenal spent £30million on Ramsdale back in August, but club legend Wright believes the shot-stopper has silenced his doubters after taking over the reins from Bernd Leno as the Gunners’ number one.

‘We’re talking about someone that was ridiculed,’ Wright said on BBC’s Match of the Day.

‘Arsenal were ridiculed for paying the money for him just because he’s a 23-year-old goalkeeper who has had two seasons in the Premier League. I think it’s stood him in good stead.

‘His distribution is absolutely fantastic. The confidence he’s brought to this dressing room and [Alexandre] Lacazette as well. I love when Lacazette is playing because you know you’ve got a goalkeeper who can hit him. Just magnificent.’

On Ramsdale’s save to deny Maddison shortly before half-time, Wright added: ‘This is the save of the season. That is magnificent.

‘He got the luck as well after it because Jonny Evans does well to follow that in, but he got the luck. God, that’s amazing!

‘Leicester had that period when they were really up against Arsenal in the second half, the kind of period where Arsenal may crumble under it because they are a young team still progressing and he made a brilliant save there as well to keep Arsenal in the game.

Asked whether Ramsdale was pushing Jordan Pickford to be England’s first-choice goalkeeper, the ex-Arsenal striker replied: ‘Without a doubt, especially with his distribution and he’s young.’

Arsenal have enjoyed a resurgence after a miserable start to the season, with Mikel Arteta’s men unbeaten in their last nine matches in all competitions.

The north London club could go as high as third in the table with victory over lowly Watford at the Emirates next weekend.


MORE : ‘You can abuse me after!’ – Manchester United boss Ole Gunnar Solskjaer has perfect response as post-match interview is interrupted by fan