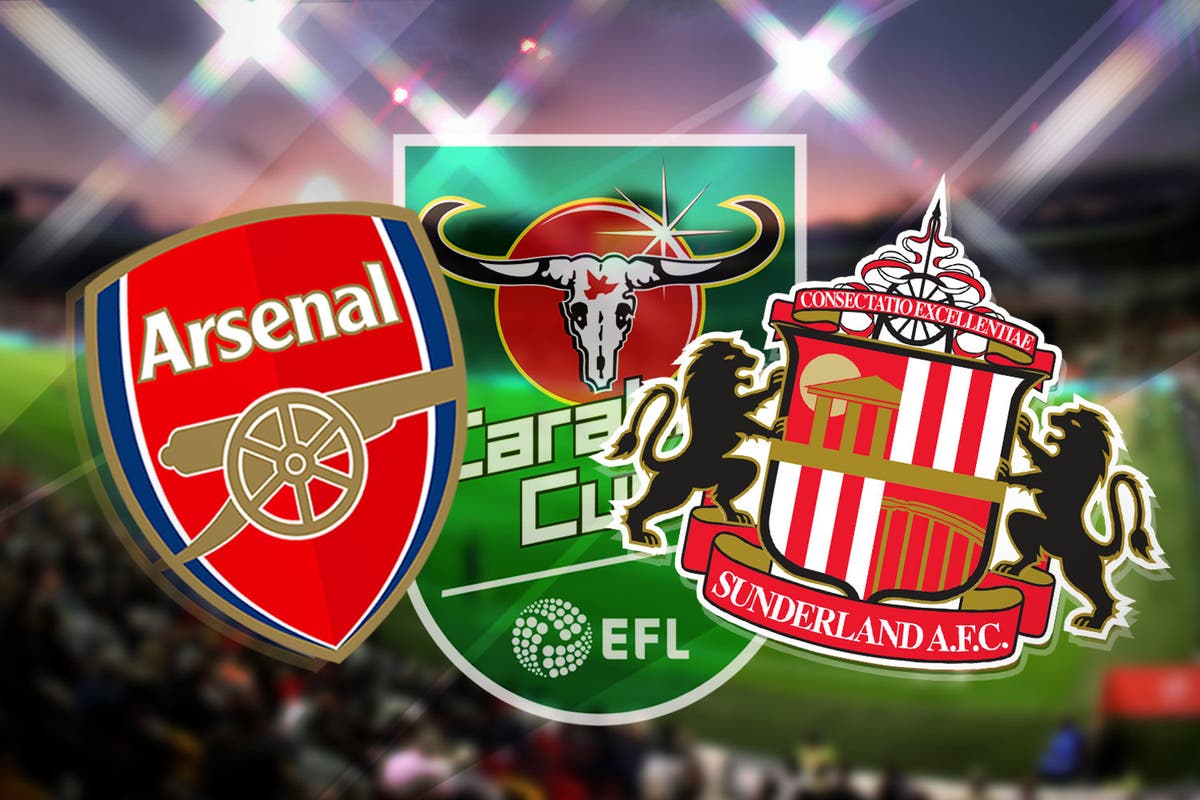 A first senior hat-trick for Eddie Nketiah guided Arsenal to a comfortable victory over Sunderland and into the semi-finals of the Carabao Cup.

The back-up striker has reportedly turned down a new deal at the Emirates Stadium and is out of contract in the summer but shone in a 5-1 win, which also saw Charlie Patino score on his first-team debut.

Nketiah opened the scoring before Nicolas Pepe doubled the lead, while the in-form Nathan Broadhead scored his sixth goal in six games to pull one back for the Black Cats before the break.

Any threat of a shock was extinguished within 13 minutes of the second half as Nketiah provided two smart finishes, the second of which came after brilliant work from Pepe on the right wing.

Patino came off the bench to add the gloss with a late fifth, as the 18-year-old capped off a perfect night for Mikel Arteta’s side.

Job done for Mikel Arteta’s side

What next for Nketiah, Balogun and Pepe…

The Gunners cruise into the last four. Nketiah with three, and goals too for Pepe and Patino.

Perfect night for Mikel Arteta as Arsenal go into Christmas in style.

Arsenal seal the win in wonderful fashion, as Charlie Patino gets a debut goal.

Xhaka swings it wide to Pepe, and he lays it off to Patino. The teenager makes the run into the box and cushions it home. Lovely finish.

89 mins: Xhaka flicks it on to Tavares, and he manages to bundle his way through the defence.

85 mins: Martinelli slides it in to Nketiah… he goes down claiming the penalty.

Given? Fans think so… but the referee is pointing for a goal-kick! Confused everyone. Replays show that’s probably the right decision.

Doyle goes flying in through Patino, and that will be a yellow card.

84 mins: Good to see both players will be fine to continue.

Sunderland fans still in fine voice. Their side has put in a good performance tonight, and have caused the Gunners problems at time. But Arsenal have just been clinical when they’ve had to.

82 mins: Nasty clash of heads as Martinelli and Wright challenge for the ball. Both of them down and receiving treatment.

What a moment for Charlie Patino. He is really highly thought of by the Arsenal academy staff. A chance for him to strut his stuff now.