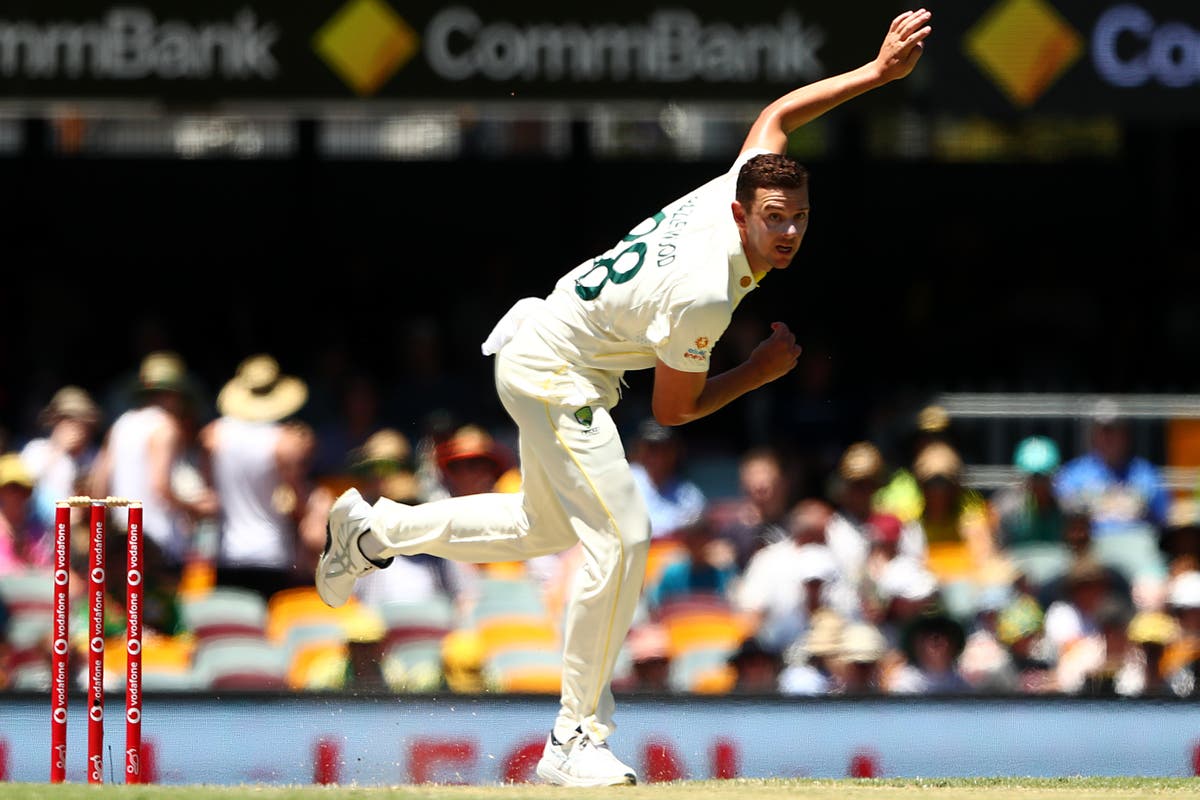 Warner did not field throughout England’s second innings or emerge to open the batting in Australia’s mini chase of just on the fourth afternoon, because of bruised ribs suffered when taking a blow from Ben Stokes during his innings of 94.

“Davey was available to bat. We just chose not to risk him,” Australia captain Pat Cummins said. “When we had 20 to win we couldn’t find him. We looked everywhere in the stadium. I think he will be alright for Adelaide.”

Cummins added that he believed Warner had batted in the nets earlier in the day.

“I think he had a hit earlier and got through,” Cummins said. “Still pretty sore but should be right for Adelaide. We’ll monitor him but think he’ll be fine.”

Hazlewood appears more of a concern. Having not played a first-class match in months, he bowled just eight overs on the third afternoon, as a precaution. While Marnus Labuschagne claimed he was fine, he was in fact sent for a scan on the third evening, which revealed a very minor side strain.

Hazlewood did bowl on the fourth day, and did not show great discomfort, removing Jos Buttler. But Cummins confirmed there was an issue.

“He’s a little bit sore,” Cummins said. “He came out today and was able to bowl, got through a really good spell. We just managed him, it’s a five Test summer and he’s key for us so don’t want to blow him out of the water on day three.

“He had a scan last night and there was nothing scary enough to not bowl today. We want to manage him a little bit.

“It’s nothing too serious but didn’t want it to turn into a huge injury. The key is we don’t want to put him in jeopardy for the whole series. We’ll take our time.”

If Australia decided to take Hazlewood out of the line of fire in Adelaide, Jhye Richardson would be favourite to come in, although Michael Never picked up five wickets for Australia A against England Lions.

The performance of Cameron Green with the ball in Australia’s victory at the Gabba was a major positive, and should reduce the workload of their front-line quicks over the course of the summer.

“I hadn’t seen a lot of him in Shield cricket but everything I was hearing was positive,” said Cummins of his impressions of Green.

“There was talk about him being one of the next best quicks, really hard work [to face], but then he started churning out hundreds.

“So it’s huge for us having not only an allrounder who bowls a bit, but he’s a genuine fourth quick … bowls 140kph, (gets) bounce and can swing the ball.

“We just really wanted to get him into the game, get his first Test wicket, and he’s away now. He’s a huge asset for us – still firmly in our top six batters but to have someone who can give us genuine wicket-taking overs, it’s great.”