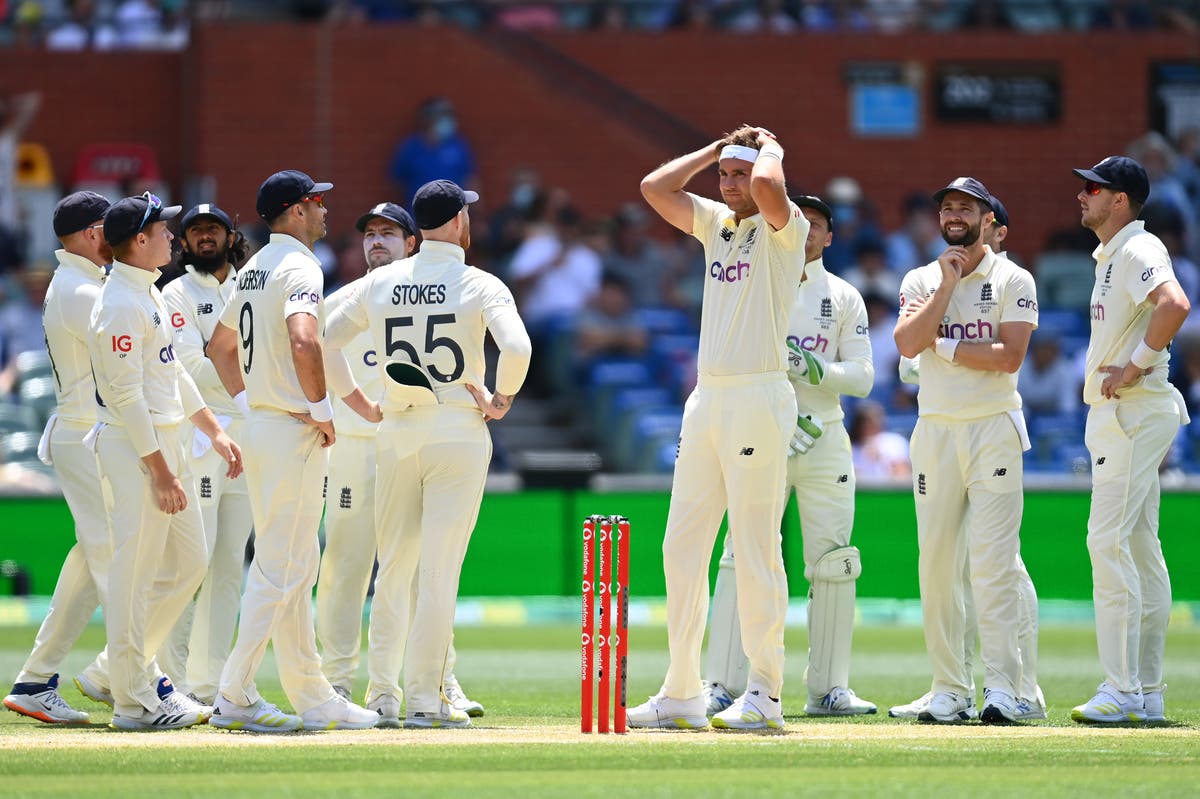 n eventful opening session of the fourth day at Adelaide Oval saw England pick up three quick wickets while their captain Joe Root underwent a scan having taken been struck in the groin region in the warmup.

Root was facing gentle throwdowns from spin bowling coach Jeetan Patel when he was struck in the groin region, while not wearing a box.

In considerable discomfort, he was taken to hospital for a scan, and missed the first 78 minutes of action, with Ben Stokes standing in his captain. Root returned to take the field, but was not able to bowl.

That created the very peculiar situation whereby, with England an over behind the over rate, seamer Ollie Robinson bowled three overs of off-spin. Robinson has done this occasionally for Sussex and proved tidy on a pitch that is turning.

It worked, as England’s over-rate was level by the time the first break arrived; Root will be able to bowl again from 40 minutes into the afternoon session.

That followed a dramatic opening passage of play that saw England pick up three swift wickets.

First James Anderson, bowled nightwatchman Michael Neser with a beauty, then Stuart Broad had Marcus Harris caught brilliantly by the diving Jos Buttler for the second time in the Test. Harris made 23, his highest Ashes score.

Buttler received another diving opportunity shortly after, when Steve Smith edged his first ball, but the catch went down. When Broad was unsuccessful with an umpires call lbw review with Smith still on 0, England might have feared the worst. Soon after Robinson – bowling seam – had Smith caught down the legside; this time, Buttler took a tough chance well.

That merely brought Marnus Labuschagne and Travis Head together. With Head batting beautifully, they shared 79 in 15 overs to swell Australia’s lead to 371.

Labuschagne made just two in 40 balls as England ramped up the pressure, but added 29 from his next 36, including five boundaries.