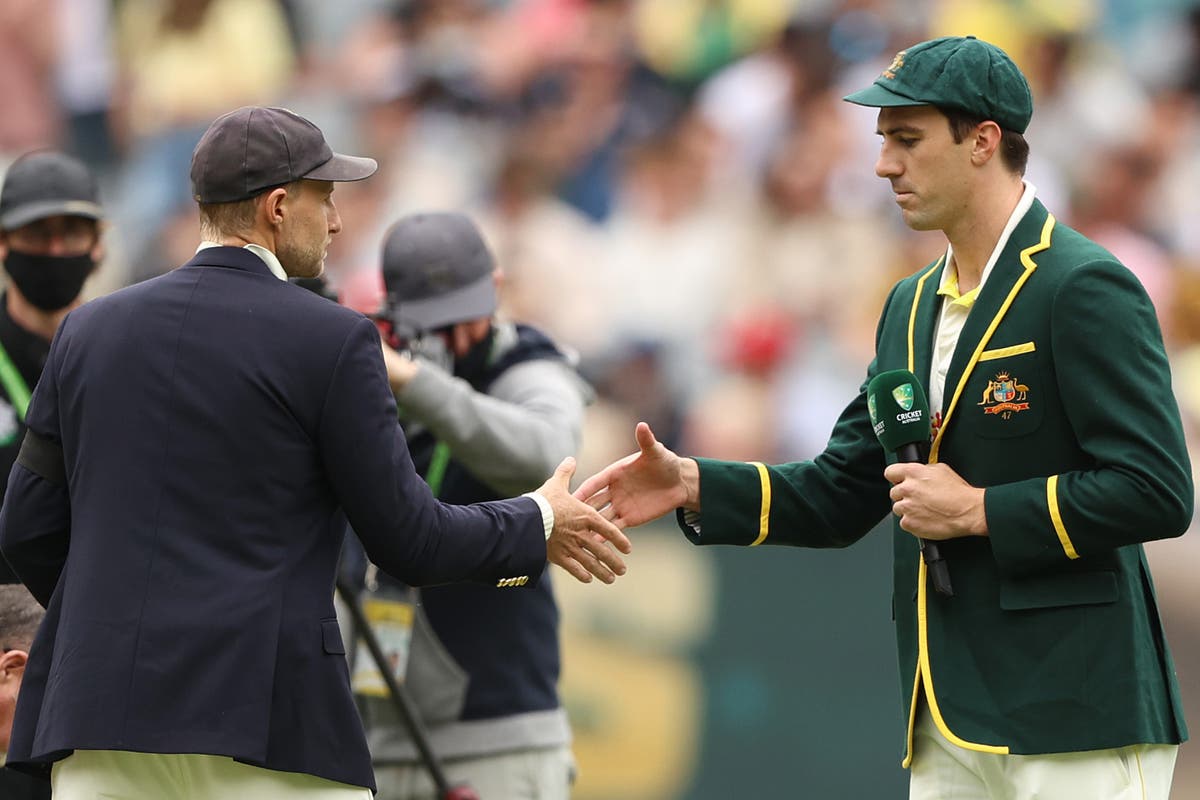 ngland endured another tough opening session to the Third Ashes Test at the MCG, as Australia’s sensational captain Pat Cummins made Dawid Malan his third wicket on the stroke of lunch.

as they lost their openers Haseeb Hameed and Zak Crawley inside the opening spell from Australia’s sensational captain Pat Cummins.

For the sixth time this year, England made four changes to their side, with Rory Burns and Ollie Pope dropped among the batters.

Australia made two changes of their own, handing a debut to Scott Boland. He was presented his Baggy Green by the injured Josh Hazlewood, and became just the second Indigenous Australian to play men’s Test cricket. He and Cummins came in for the injured Jhye Richardson and last week’s debutant, Michael Neser.

After a start delayed by 30 minutes due to rain, Cummins won the toss and had no hesitation inviting England to bat first with the pitch green and skies grey.

Hameed went first, the finest edge taken from a delightful ball from Cummins when England had just four on the board. The dismissal of Hameed was his second duck in a row, fourth in eight innings since returning to the team in midsummer. It was also England’s 50th duck of the year in Test cricket, and the 14th by an opening batter.

Crawley played a couple of attractive strokes, but was soon on his way, squared up by a lifter from Cummins and caught in the gully. He made 12, one more than his average for 2021.

That brought together Malan and skipper Joe Root, England’s only reliable run-scorers in this series so far. Malan was watchful, desperate to leave as much as possible, while Root busily looked to score. When he reached 27, he moved into the top three most runs in a calendar year, overtaking South Africa’s Graeme Smith.

They shared 48 to give England some hope of a revival but Cummins, into his 10th over out of 27 in the session, found Malan’s edge, and David Warner took a fine catch at first slip.

England, wearing black armbands in memory of former coach and captain Ray Illingworth, took lunch on 61 for three, with Root looking for another partner of substance.