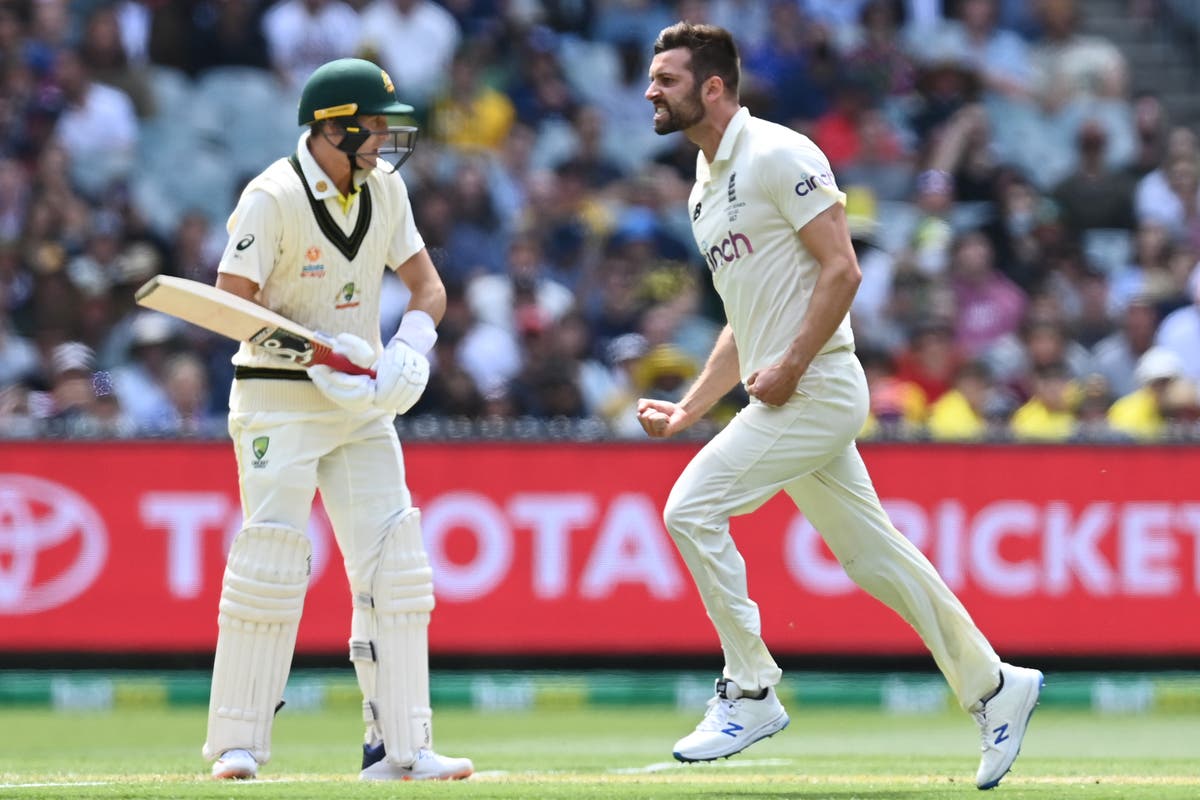 ngland put a disrupted morning behind them to pick up three wickets, including the world No1 batter Marnus Labuschagne and Steve Smith, in the morning session of the second day at the MCG.

The fate of the series is unclear, with all players set to receive PCR tests tonight after four members of the England party – two family members and two members of the coaching staff – returned positive lateral flows.

England put  this turmoil aside to enjoy their best session of the match (admittedly not a high bar). Having been skittled for 185 on the opening day, taken just one wicket in the evening session, and then seen the clouds part in the morning, they could easily have been despondent.

But led by the pace of Mark Wood and the class of James Anderson, they took three wickets for 70 to keep themselves in the match.

Ollie Robinson, looking short of a gallop, dismissed nightwatchman Nathan Lyon (who had flayed a couple of boundaries), to get England moving.

Labuschagne fell for just one, after a run of 14 first innings with a lowest score of 47. The extra pace of Wood did the trick, finding the edge to first slip where Joe Root – the man who he overtook to go top of the ICC batting rankings this week – took a simple catch. It was Wood’s third ball of the day and first to Labuschagne.

Smith made a very scratchy start, with Jos Buttler dropping a very tough chance down the legside off Anderson on five. He made it to 16 before Anderson bowled him off the inside edge.

Through all this stood Marcus Harris, who by lunch had reached 48, his highest score in Ashes cricket. He relied heavily on the edge of his bat, which saved him when given out lbw off Ben Stokes on 36.