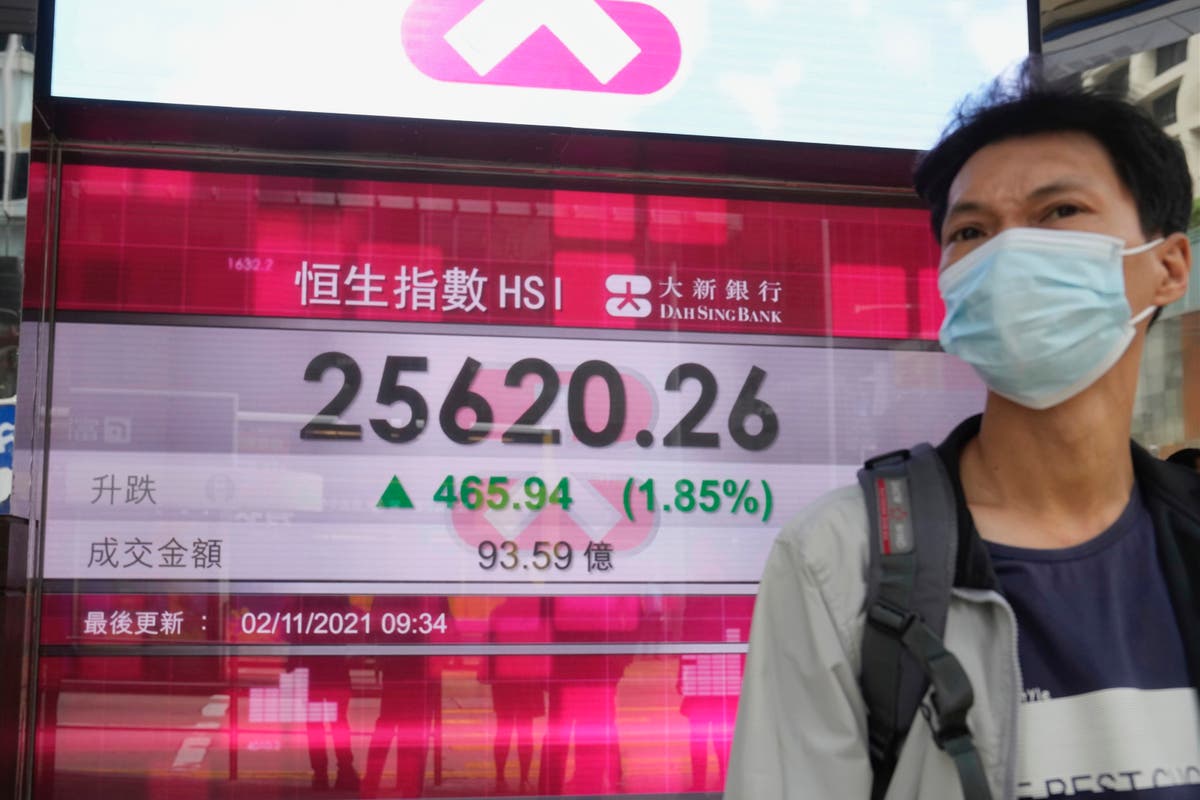 Asian shares were mixed Tuesday amid cautious trading ahead of a policy meeting by the U.S. Federal Reserve.

With inflation in the U.S. at its highest point in three decades, the U.S. Federal Reserve is set this week to begin winding down the extraordinary stimulus it has given the economy since the pandemic recession struck early last year, a process that could prove a risky balancing act.

Chair Jerome Powell has signaled the Fed will announce after its policy meeting Wednesday that it will start paring its $120 billion in monthly bond purchases as soon as this month. Those purchases are intended to keep long-term loan rates low to encourage borrowing and spending.

Investors were also watching for action from the Reserve Bank of Australia, which kept its key interest change unchanged at a record low 0.1% but indicated it was preparing to cut back some of its economic support measures.

“While the record highs in Wall Street overnight may lift sentiments for Asia markets, the upcoming central banks’ decisions may put some risk sentiments on hold,” said Yeap Jun Rong, a market strategist at IG.

U.S. stocks closed with modest gains on Wall Street, extending the major indexes’ recent record-setting run. The S&P 500 rose 0.2% to 4,613.67 after spending much of the day wavering between small gains and losses. The Dow Jones Industrial Average added 0.3% to 35,913.64 and the Nasdaq rose 0.6% to 15,595.92. The gains pushed the three indexes above the all-time highs they set on Friday.

More than 65% of stocks in the S&P 500 rose, led by energy companies as the price of U.S. crude oil rose 0.6%, adding to a more than 75% gain so far this year. Exxon Mobil rose 1.8%. A mix of companies that rely on direct consumer spending for goods and services accounted for a big slice of the index’s gains. Tesla jumped 8.5% and Starbucks gained 3.5%.

Smaller company stocks far outpaced the broader market in a sign that investors were confident about economic growth. The Russell 2000 rose 2.7% to 2,358.12, closing within 0.1% its all-time high set March 15.

The latest gains came as investors reviewed another batch of corporate quarterly report cards in what has so far been a better-than-expected earnings season, despite Wall Street’s concerns over the impact supply chain disruptions and higher inflation are having on companies.

Bond yields rose, helping shares of banks that rely on higher yields to charge higher interest on loans. The yield on the 10-year Treasury rose to 1.56% from 1.55% late Friday.

More than half of the companies in the benchmark S&P 500 index have already reported results. Analysts expect overall profit growth of 36% by the time reporting is finished. Another 167 companies within the index will report their results this week.

In energy trading, benchmark U.S. crude added 14 cents to $84.19 a barrel in electronic trading on the New York Mercantile Exchange. It gained 48 cents to $84.05 on Monday. Brent crude, the international standard, rose 31 cents to $85.02 a barrel.