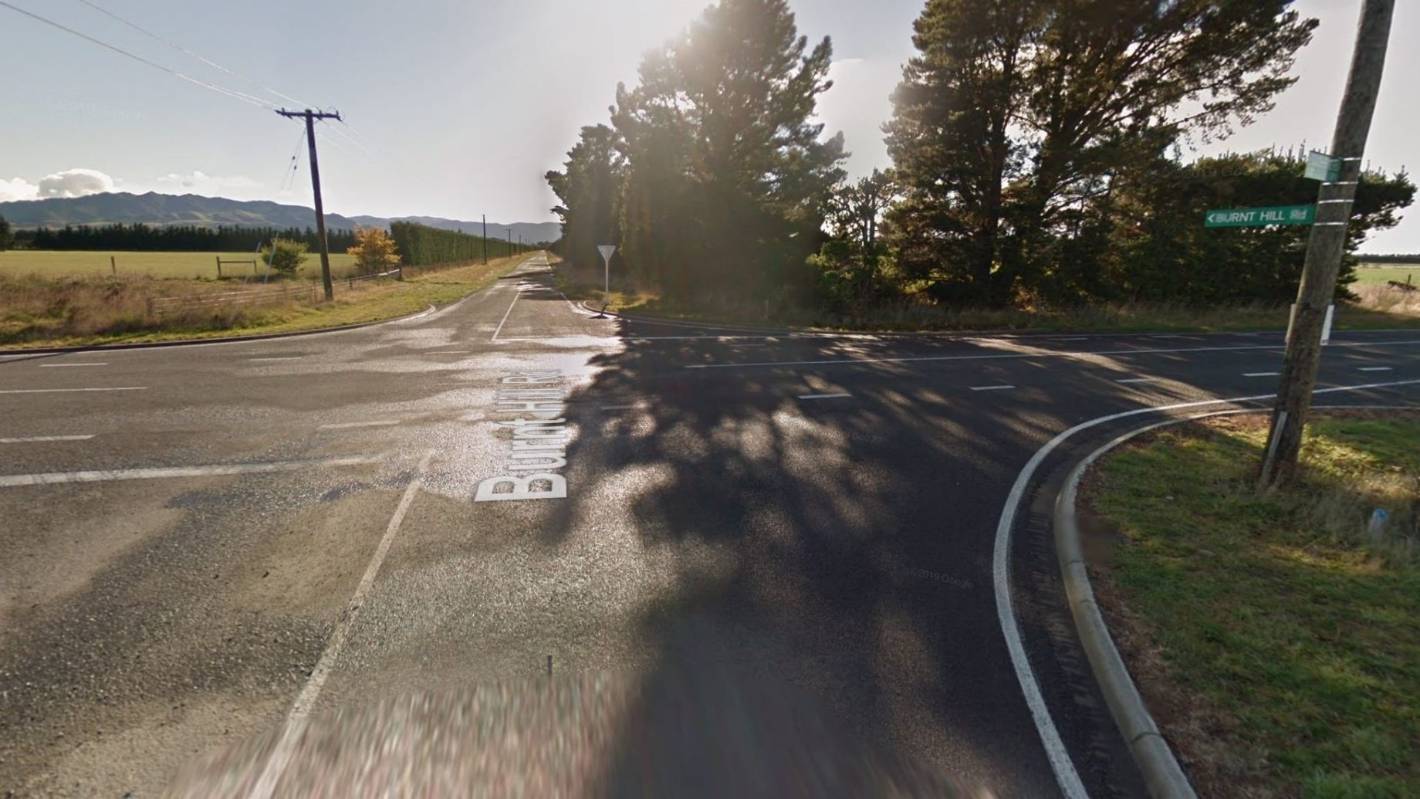 Police were called to a crash at this intersection, slightly south of Oxford, about 6.35pm.

At least one person has died in a serious crash in Canterbury, Stuff understands.

Police were called to the two-car crash at the corner of South Eyre Rd and Burnt Hill Rd, just south of Oxford in North Canterbury, about 6.35pm, police said.

“Diversions are being put in place and motorists are asked to avoid the area and follow the direction of emergency services staff,” police said.

A Fire and Emergency NZ spokeswoman said three appliances were in attendance.

St John has not responded to requests for comment.