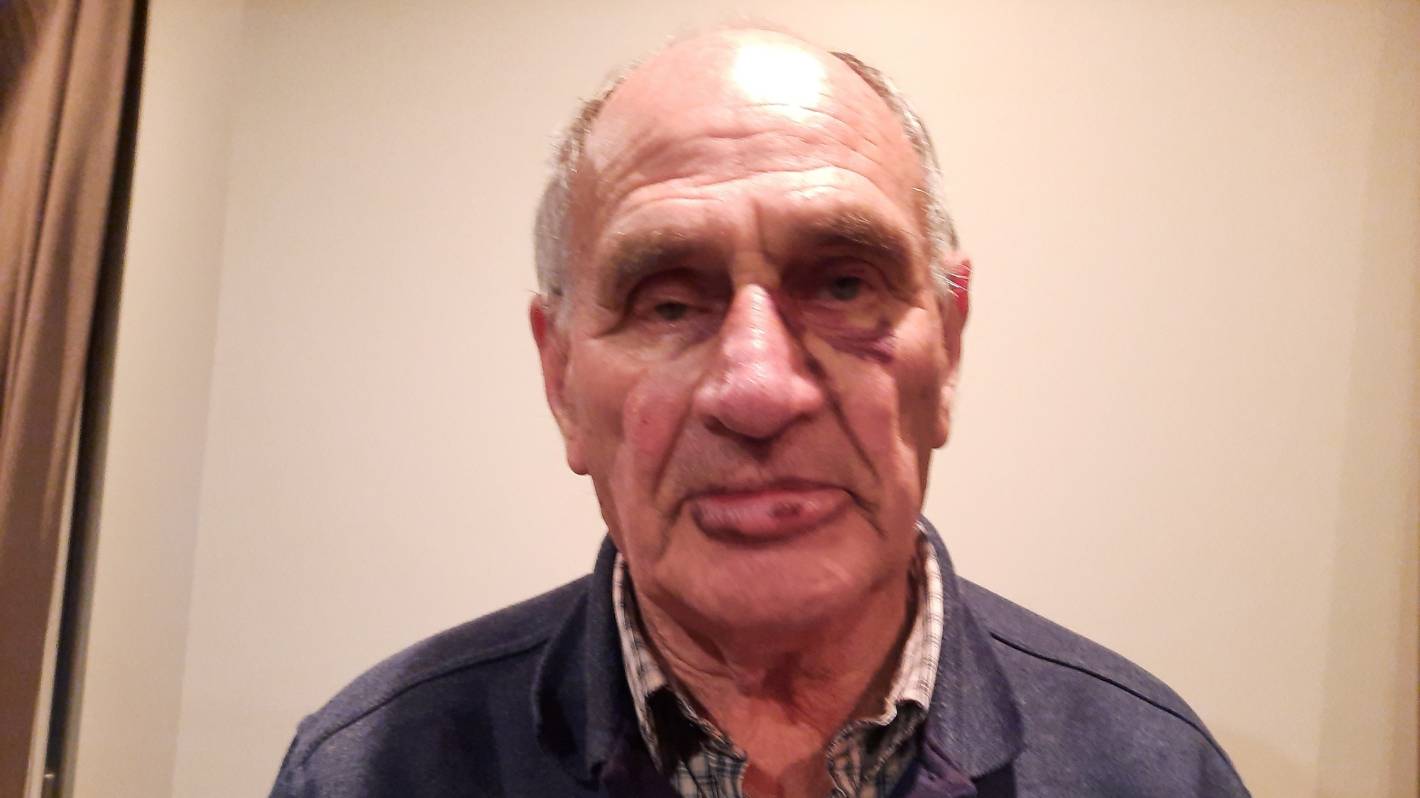 Lance Pedersen was doing his bit for the community, on his 83rd birthday, when he was the victim of a drug-fuelled attack.

In September, Pedersen was driving a dialysis patient up to Palmerston North Hospital in the Foxton Beach Community Health Shuttle, as he often did when volunteering for the service for the past six years.

Except this wasn’t a regular trip. While waiting outside the hospital he was attacked by a man demanding the van.

“You can’t have it,” Pedersen said.

The man then hit him in the face multiple times, but Pedersen was able to fight off the attacker with a “kick in the nuts.”

His elbow also happened to hit the shuttle horn which was heard by a nurse who alerted security. However, by the time they got there the attacker had taken off, and Pedersen was on his way to A&E.

The attacker, Liam Anderson, 26, had been in hospital for a methamphetamine overdose and had discharged himself that morning.

At 3.30pm the same day, Pedersen got a call from police in New Plymouth to say Anderson had been arrested.

He had been picked up on unrelated warrant matters and had also assaulted two police officers while in the police cells. He was later sentenced to two years and two months in prison.

Pedersen has been back behind the wheel of the shuttle but has also had to scale back his contribution due to double vision. Doctors think he may have delayed concussion.

He also suffered significant bruising to his face and a cut to his lip during the assault.

Despite the attack, he was still keen to get back behind the wheel and do his bit for the community.

“No, I wanted to get back into it,” he said. “I thought, well, I’ve got to have something to do, so that’s looking after the community.

“I missed the driving, taking these people up. And you know all the other shuttle drivers that come from Dannevirke, Pahīatua, Feilding, they come in and you sort of get to know them all.”

“He’s just such a good, humble man,” Lilburn said. “When we heard about the assault, and it just really knocked him around, I thought how can we make something good from something horrible?”

But Pedersen said he didn’t need the money and wanted it all to go to the shuttle service.

Up until he was assaulted, he was driving the shuttle two days a week, and often more when it was busy.

“I’ve enjoyed it because you pick up a lot of people that you know, that you talk to.