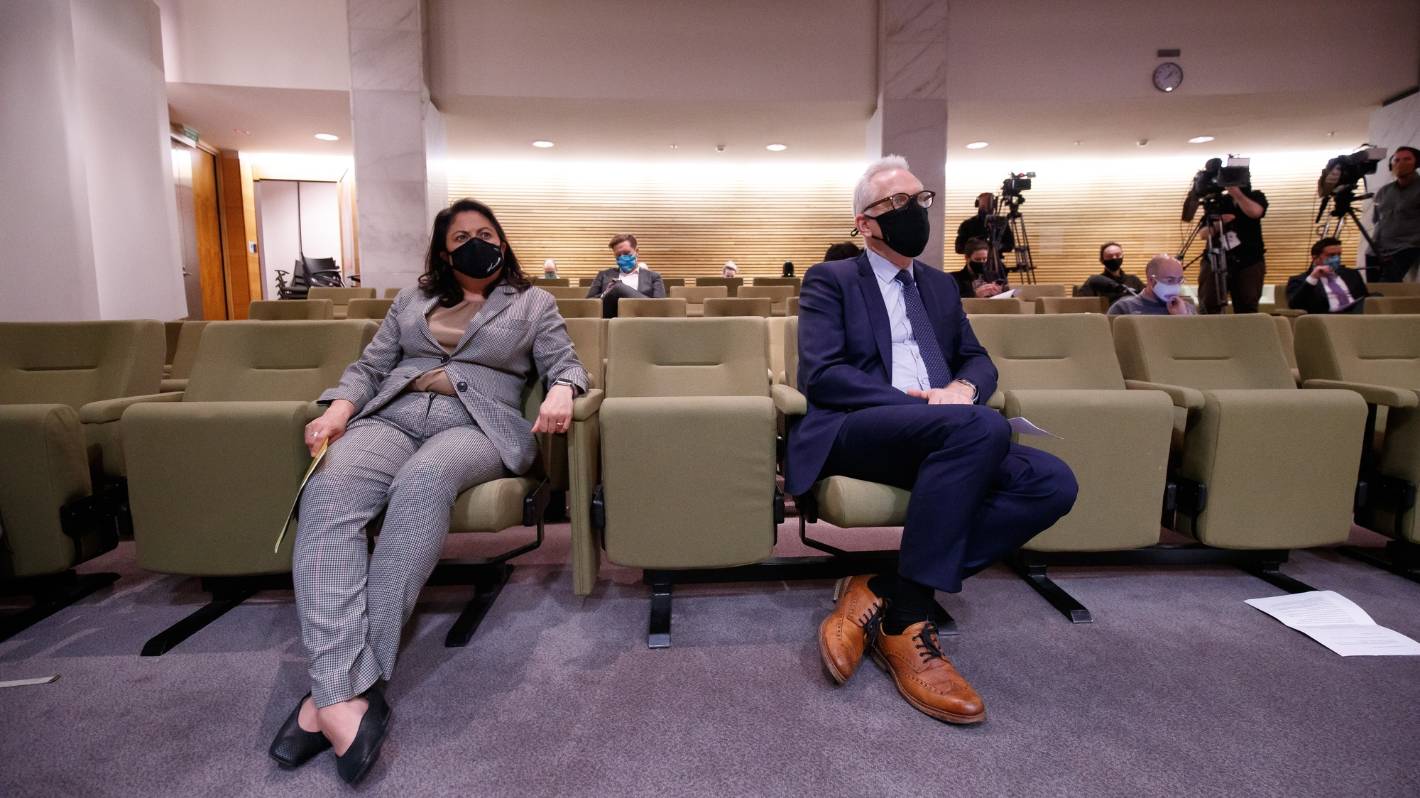 Director-General of Health Ashley Bloomfield will tell reporters – and the nation – Ministers would on Friday meet to urgently decide whether to speed up the Pfizer booster vaccination roll-out.

But sitting on her couch on the fourth floor, Verrall is calm. “We have extensive preparations,” she says when asked whether the health system is ready for the fast-spreading variant.

“We have kept MIQ when others have wanted to dismantle it. We have strengthened our contact tracing system. We have a great, flexible vaccination programme and plenty of stocks of vaccines. We have medicines on order. We have all the components of a successful response there.”

It is this pragmatic and methodical approach which has seen the rookie politician pull off major policy announcements as the associate health minister that she hopes will improve New Zealander’s health.

Her big-ticket achievements include spearheading a fluoridation of water amendment bill which will see fewer children with tooth decay and associated infections, mandating the folate fortification of bread which reduces the risk of babies being born with birth defects of the brain, spine or spinal cord such as spina bifida, upgrading the breast cancer screening programme and introducing a new cervical screening test to better detect and stop women dying from cervical cancer.

Her biggest achievement in her first year in the job is the plan to make New Zealand smoke-free. Earlier in December Verrall announced a radical and world-leading strategy to ban tobacco sales to a generation, as well as lower the nicotine level in all tobacco products and drastically reduce number of places that can sell them, in a policy move that is expected to bring $5 billion in health savings.

It is a major shift from policy that had, until now, sought to influence people’s individual behaviours and instead seeks to regulate what is available and reduce the likelihood of a young person taking up smoking altogether.

Her skill to quietly make change was recognised by Prime Minister Jacinda Ardern in February, when she was nominated in the 2021 Time100 Next list, a few months after she was catapulted into Cabinet after pressuring the Government to improve its pandemic response.

It is, in Verrall’s own words, a big job – especially with Omicron’s arrival hanging over the nation. She will be working as one of four Covid-19 duty ministers over the summer.

But she is more used than most to high-pressure workloads. All her summers have had some sort of on-call work “since I was 24”.

Her medical background has given her a keen advantage in progressing health improvements where others have failed, as well as given her rich, real–life experience of the issues she is legislating on.

“The immediate issues around my very quick career change were about the pandemic. But of course I thought, well, there’s all these other things that I care about.”

Folating bread fell over in 2012 when the then-National Government decided consumer choice was more important than the science following a bad interview with its food safety minister Kate Wilkinson, she said.

A scare campaign had picked up speed in the UK, and the government of the time perceived public opposition here would be too hard to manage.

“I am not a scientific expert in every proposal but I have enough background in it to be able to push back against misinformation and the confidence to know when you are standing on facts you can count on.”

“Fluoride and folate, these were all things that when I went to medical school between 1999 and 2004, the evidence was there to do them then, so they had been no-brainers that were long overdue.”

Work on the smoke-free announcement took the whole year, and was her top priority. She has seen patients, including those with HIV, battle nicotine addictions so she wanted a policy which helped people to quit.

“I have seen people able to make change in their lives on many other things, compared to smoking. That is the main experience I would distil from my clinical experience – it’s almost a singular thing in terms of its harm and extreme addictiveness.”

Next year will comprise making the changes, she said. The legislation will save lives once it is enacted, she said. It is expected to pass next year.

“It is the first thing in this job where people have come up to me randomly and said ‘I am so pleased my kid will never smoke’ – and that is just great, that is what I want.”