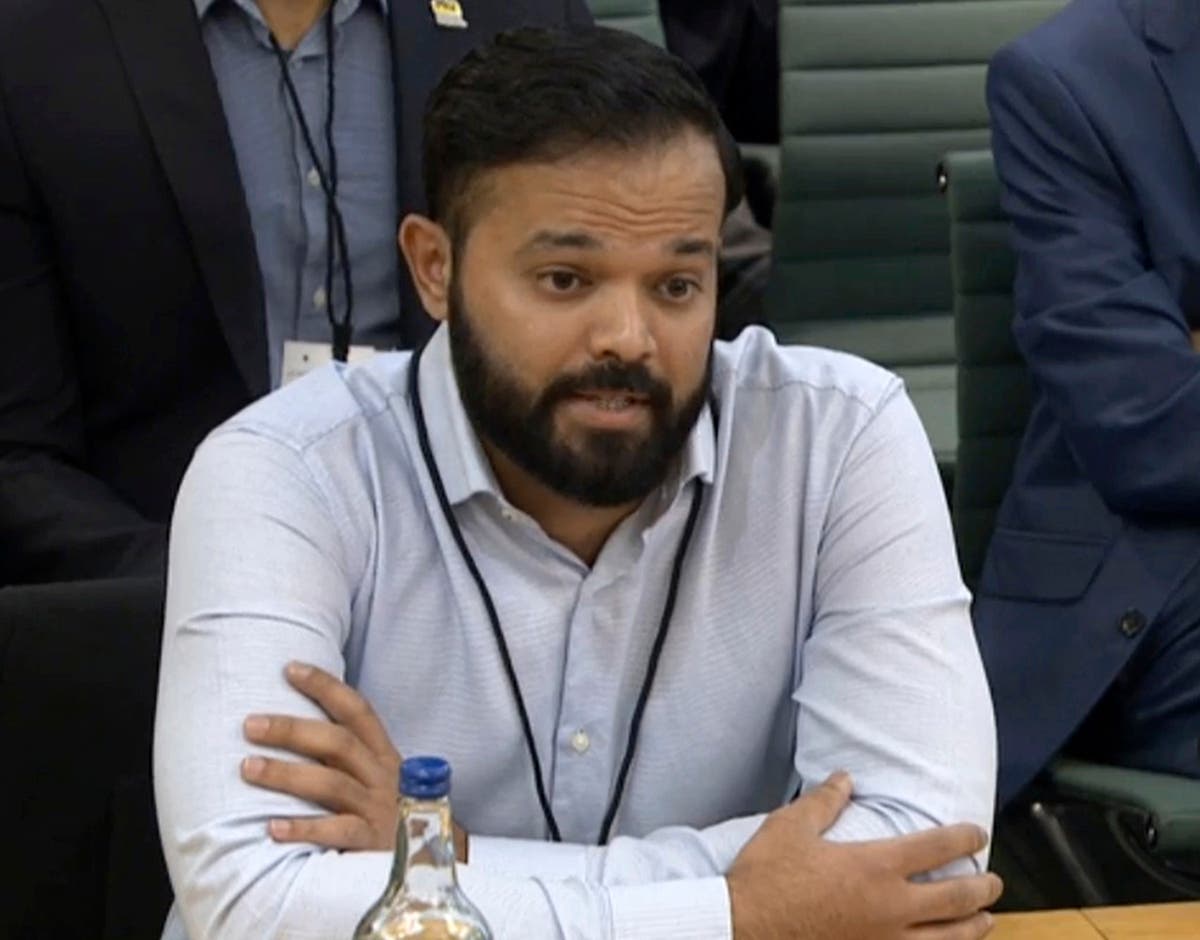 ull details of the allegations of racism made by Azeem Rafiq against his former Yorkshire team-mates emerged on Tuesday with the publication of his full witness statement from the player’s Employment Tribunal with the county.

The 57-page document, published in the wake of Rafiq’s explosive appearance before the Department of Culture, Media and Sport, lays bare the 30-year-old’s allegations against players like Gary Ballance, Matthew Hoggard and Tim Bresnan.

Ballance said in a statement: “It has been reported that I used a racial slur and, as I told the independent enquiry, I accept that I did so and I regret doing so.

“I do not wish to discredit Rafa by repeating the words and statements that he made about me and others but I have to be clear that this was a situation where best friends said offensive things to each other which, outside of that context, would be considered wholly inappropriate.”

Rafiq says the pair began to drift from around 2013 and at a 2014 dinner, even had to be separated by their agent, Will Quin.

Ballance is alleged to have used racist language in social settings such as nightclubs (Rafiq turned his back on his Muslim faith by drinking to fit in with the club’s culture) and in a team environment such as the team bus. Rafiq says he called him a “p**I”, said “he is not a Sheikh, he has no oil”, asked “is that your uncle there?” when seeing bearded men, and “does your dad own these?” when driving past corner shops. Ballance is also accused of referring to all people of colour “Kevin”; Alex Hales is then alleged to have named his black dog Kevin.

Ballance, a former housemate of England captain Joe Root, was recently awarded a new three-year deal by Yorkshire amid speculation he could leave the club.

The only mention of Hoggard at the hearing, was Rafiq using him as an example of a player who had apologised to him for his behaviour in the wake of interviews he gave in 2020. Rafiq said: “He said, ‘I didn’t realise. I’m really sorry the way some of my comments made you feel. I just wanted to apologise for what I said’. I said, ‘Wow, thank you’. All I ever wanted was an apology.”

Rafiq’s statement for the Employment Tribunal reveals what Hoggard is alleged to have come up with the nickname “Raffa the Kaffir”, which became widely used at the club. “[At first] I just thought he said it because it rhymed,” said Rafiq. “It was only later I realised what “Kaffir” [a South African racist term] meant, how it was used, and that it was a racist term”.

Rafiq accuses Hoggard of racist language that was “constant, on a daily basis, and all day, every day”. He adds: “I think he might have thought it was just dressing room banter, but we would come in in the morning and he would say things like “you lot sit over there” and make us all sit together. He would also call us things like “elephant washers” and “p**I”.

Rafiq believes Hoggard was the encapsulation of Yorkshire’s institutional racism.

“All of the young players revered Hoggy, myself included,” Rafiq said. “It was a huge honour for me to be playing on the same team with him. I made my first hundred for the club with Hoggy and it was probably one of the most fun days I had playing cricket. I genuinely liked Hoggy, but I think he was a product of the discriminatory culture he was in and the culture that was allowed to thrive at YCCC.

“I think Hoggy is a good example of how there was a club culture that led him to emulate the kinds of things he had heard said by players before him. Because it was accepted at YCCC and they did not put a stop to it, younger players – like Gary Ballance, Andrew Gale and others – then just picked up what Hoggy said, like “Raffa the Kaffir”, and kept running with it.”

Rafiq revealed in the hearing that he – and around half a dozen other – had made a complaint to Yorkshire about Bresnan over bullying. In his statement, Rafiq says: “Tim frequently made racist comments and was unduly harsh towards me compared to white British players”.

Rafiq says Bresnan – who was “very powerful” at Yorkshire” – would encourage Ballance’s racist remarks by laughing along, as well as belittling Rafiq’s ability. After the complaint to the club, Bresnan produced an apology that Rafiq saw as “lip service”.

Bresnan apologised again today, in a statement : “I have been made aware of the bullying claims made against me and have listened to Azeem Rafiq’s account of his time at Yorkshire CCC today with great distress, as I’m sure everyone will have done. For any part I played in contributing to Azeem Rafiq’s experience of feeling bullied at Yorkshire, I apologise unreservedly.

“Following the publication of Azeem’s witness statement from the employment tribunal, which I saw for the first time this afternoon, I must though categorically deny his accusation that I ‘frequently made racist comments’. This is absolutely not true.”

Vaughan revealed this month that he was named in Yorkshire’s investigation into Rafiq, but has twice denied the allegation levelled at him.

Rafiq – supported by Rana Naved-ul-Hasan and Adil Rashid – alleges that Vaughan told a group of Yorkshire players of Asian ethnicity that “there’s too many of you lot, we need to do something about it”, during a T20 towards the end of his career. (Ajmal Shahzad, the fourth player of Asian origin in that team, has previously said he does not remember the comment).

Vaughan said: “I categorically deny saying the words attributed to me by Azeem Rafiq and want to re-state this publicly because the ‘you lot’ comment simply never happened.”

“I don’t want to make this about Michael,” said Rafiq at the hearing, before adding: “He probably doesn’t remember it as it doesn’t mean anything to him.”

Rafiq reveals that, as young men, he and Gale were coached at Yorkshire by David Byas, a legendary player at the county whose career ended in 2002 (he is now 58). Byas, it is alleged, regularly used racist terms such as “n****r”, “p**i” and “c**n”. Byas was Andrew Gale’s hero, and Gale was considered an heir to Byas, so they shared a nickname: “Gadge”.

Rafiq alleges that Gale – Bresnan’s brother-in-law – would call him a “p**I” and “Raffa the Kaffir”. He felt the pair had an uneasy relationship. “There were numerous incidents where I felt that Andrew was aggressive and rude towards me in ways he wasn’t with white players,” said Rafiq.

Rafiq said their relationship worsened when Gale graduated from player to coach in 2016 (when the “temperature of the dressing room was turned up”), which often left him “humiliated”. Rafiq is particularly critical of his treatment by Gale around the tragic death of his son in 2018 after a “very complicated and difficult pregnancy”. Rafiq says: “I felt completely unsupported by YCCC and by Andrew,” he says.

Gale is currently suspended by Yorkshire while an offensive tweet from 2010 is investigated.

Rafiq alleges that Moxon discriminated against him and denied him opportunities at the club, as well as “showing me no sympathy” and offered no support around the death of his child in 2018.

Moxon is currently signed off from his role as Director of Cricket and declined to attend the DCMS hearing.