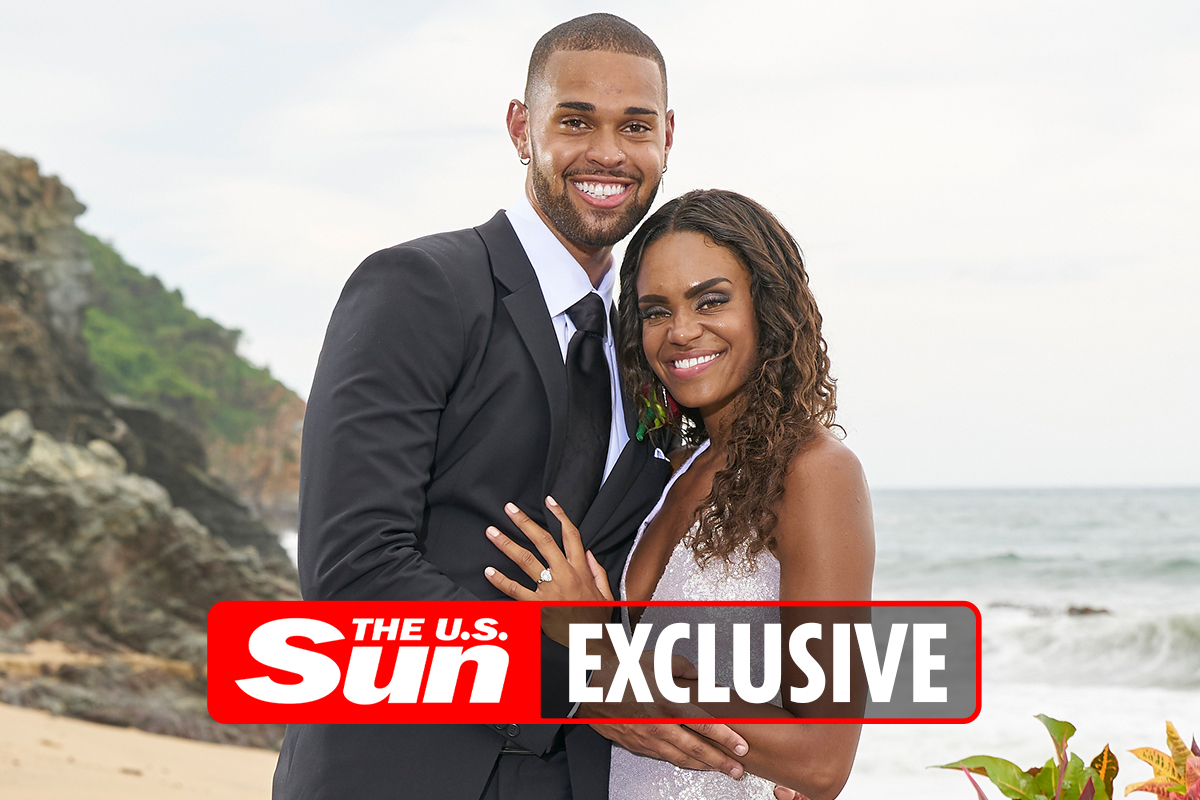 BACHELORETTE Michelle Young and the winner of her season, Nayte Olukoya, are still happily engaged months after filming wrapped, but her friends fear the “romance won’t last,” The Sun can report.

Following an emotional season, Nayte got down on one knee and popped the question to the Minnesota school teacher on this week’s explosive finale.

While Michelle, 28, and Nayte are “still together and happy,” a source exclusively told The Sun her friends believe it is an “act” and even her family “doesn’t believe it will last.”

“They have an undeniable connection, no one is questioning that,” the insider said of the winner from her season, Nayte Olukoya, 27.

“But it’s like they’re in a constant honeymoon phase they can’t really get out of. Their relationship doesn’t really seem like an adult relationship.

“They’re like two teenagers running around thinking this is the one but his family is very concerned.

“It’s nothing against Michelle, they think she’s great but they don’t think Nayte is ready for marriage, not by a longshot.

“On top of that, they think this whole reality TV thing is ridiculous,” they added.

While the insider admitted that Michelle’s parents trust her, they claimed that her family has also “had doubts” and “expressed their own concern.”

“Their close circle is trying to stay positive but they don’t see this continuing once they finally wake up from this dream.

“Michelle is a lot more mature than Nayte and that’s led to some issues already but it will most likely lead to much bigger issues in the future.

“They see red flags that Michelle refuses to see and she most likely won’t ever see it until they break up.”

Despite the alleged hardships, The Bachelorette star has been telling everyone she’s “so happy” with Nayte, 27.

“Short term, they seem great but the long term is what everyone is concerned about,” the source concluded.

MOST DRAMATIC FINALE EVER

Michelle confessed that she was “in love with TWO men” ahead of her final rose ceremony.

She locked lips with her two finalists and made the shocking confession in a voiceover.

Her finalists then chimed in: “The heartbreak could be right around the corner” and “This is all happening now.”

Fans braced for the drama ahead, with one commenting: “I’m not ready to see any of these three get heartbroken, but it’s part of the process. All the best to Michelle, Nayte, and Brandon.”

Another wrote: “I hope she is happy and in love that’s all I hope for!”

A third commenter added: “The moment of truth!! I’m so ready.”

While many fans showed their allegiances, commenting “#TeamBrandon” or “#TeamNayte.”

In an unprecedented move, ABC has already selected the next Bachelor – announcing Clayton Echard while he was still on Michelle’s season.

He was eliminated in the sixth rose ceremony of the season, which aired in November.

However, fans slammed the ex NFL star as “boring,” and were furious other men from the season, most notably Rodney Mathews, weren’t given the opportunity.