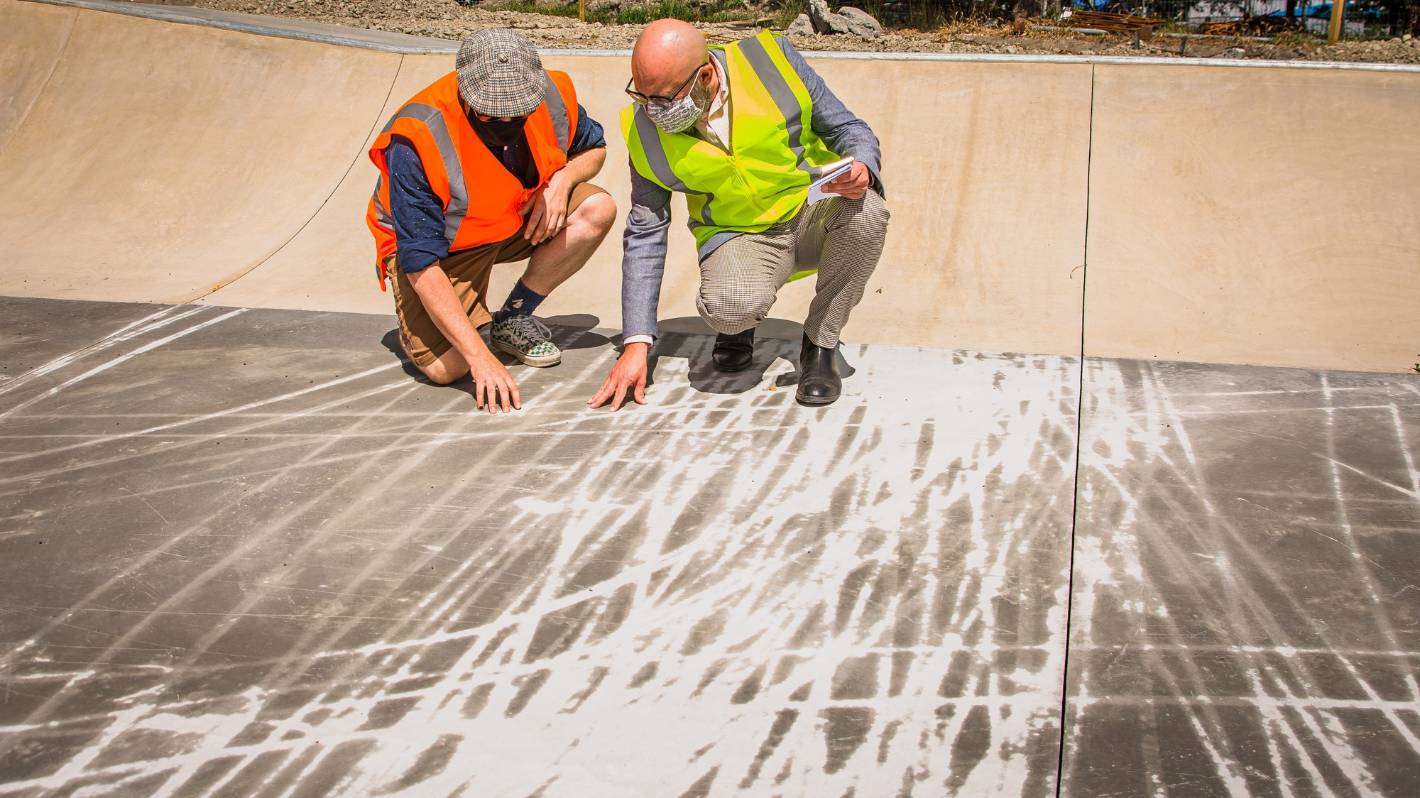 Impatient skaters have damaged the surface of Masterton’s new $1.3 million skatepark, weeks out from its official opening.

The council is assessing costs of remedying the damage if needed.

Hunter Civil, the company constructing the new skatepark, issued a statement on Facebook condemning skatepark users who were jumping the worksite fences and skating on the concrete which wasn’t cured yet.

“We are putting in a huge amount of effort to get as much of this park open by Christmas, and if areas get damaged by people skating, then we simply won’t be able to open.”

READ MORE:
* A third of Wairarapa’s water supply not up to standard, says ministry report
* Masterton council offers cash back for going online
* Fairlie skatepark is about to happen

A council spokesperson said members of the Hunter Civil team were working long hours throughout the week to deliver the project before Christmas.

Reckless behaviours such as trespassing and skating on uncured surfaces was disappointing, the council said.

MDC manager of community facilities and activities Corin Haines said the incident could delay the project.

“People jumping the fences and skating on it just runs the risk of damaging the surface. That could delay us – we just don’t know right now,” he said.

“What we are really asking people to do is to just be patient and give us a few more weeks so we can get this open for the whole community.

“The colours are going to be amazing, the surfacing is amazing, it’s got the real potential to bring people here from right across New Zealand to skate, and we’re looking forward to celebrating it with the community once we get it open.”

MDC facilities manager Kane Harris was disappointed about the incident, from the perspective of a council staffer and also as a skater himself.

This was the second time someone had jumped the fence and skated on the uncured surface, he said.

“The first time, we went out to the community and told them to please be patient.

“This time, we will do the same again.”

He knew how tempting it was to try out the new skatepark but urged people to wait until it was officially opened in a few weeks.

“I know it’s really tempting. You saw me out there, I was salivating, I can’t wait for it to be open.

“But just a few more weeks and then it’s all ours – and we will just have a fully finished well-cured product.

“You won’t be able to do any damage once it’s got that curing.”

He said it was disappointing there were “a few individuals” who were breaking the rules and “potentially causing us delays and damage”.

“It’s just frustrating. We all want to get in here but the more people mess it up, the longer it could be.”

Masterton resident Darren Nolan, who has been skating for more than 30 years said the damage was due to “a few bad eggs that can’t wait a few more weeks to have an epic skatepark”.

“Come on guys. Respect the time, hard work, and effort that goes into the park.”

He said the opening would be “sick” and had recently bought a new skateboard for it.

A council spokesperson said three CCTV cameras were running in the area and they had an idea of who the culprits were.

“We have the power to enforce the ‘trespassers will be prosecuted’ signs, but that’s not how we want to deal with it.

“We’d rather that they love the park and want it to be the best it can be.”