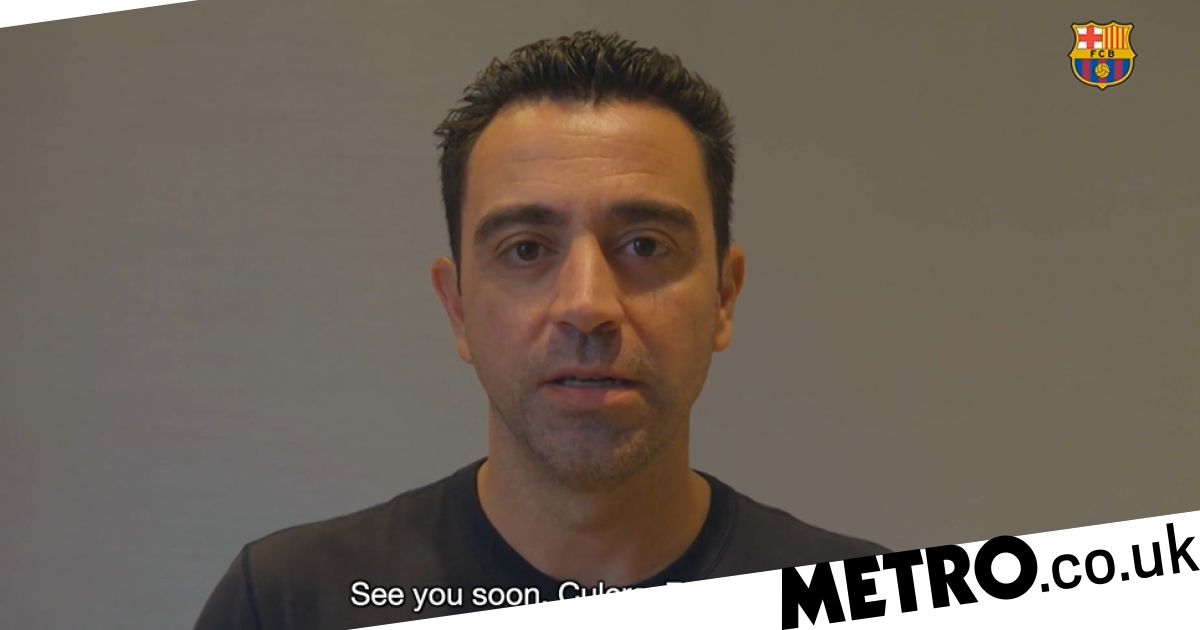 Xavi has been appointed as Barcelona’s new manager on a two-and-a-half year deal.

The Spanish legend said his goodbyes to Qatari side Al-Sadd on Friday ahead of his return to the Nou Camp.

Xavi is one of Barcelona’s greatest ever players, with his tally of 767 appearances only bettered by fellow all-time great Lionel Messi.

The 41-year-old, who replaces Ronald Koeman in the Nou Camp hot-seat, won 25 major trophies during his 17-year spell at Barcelona, including eight La Liga titles and four Champions Leagues.

After Barcelona confirmed Xavi’s return, the Spaniard said in an emotional video: ‘It wasn’t goodbye. It was see you soon.

‘The Camp Nou has always been my home. You’re my fans, my people, the club that I love the most. And now, I’m coming home. See you soon, Culers. Forca Barca!’

Barcelona added in a statement: ‘We have reached an agreement with Xavi Hernandez for him to become first team coach for the rest of the current season and two more seasons.

‘Xavi, a youth team product at Barca, has left his current club, Al-Sadd of Qatar, after talks held over the last few days with the owners of the club.’

Barcelona expect Xavi to arrive at the club this weekend ahead of his official presentation and first press conference at the Nou Camp on Monday.

Under former boss Koeman, Barcelona picked up just 15 points in 10 La Liga games – slipping to ninth in the league – and also suffered two defeats in the Champions League group stage.

Xavi’s first match in charge of Barca will be against Espanyol on November 20 following the upcoming international break.

Earlier this week, Rivaldo warned his former Barcelona team-mate Xavi that taking over the club would be a ‘tough mission’, with the Spanish giants in huge debt and still reeling from the shock departure of Messi last summer.

‘Xavi is about to become Barcelona manager and he has a tough mission ahead,’ Rivaldo told Betfair. ‘But a few shrewd signings in the January transfer window could boost his chances of success this season.

‘The team needs two or three new players to reinforce the squad, but Xavi will also need to get the best out of his current players, adapting the style of play to their qualities and bonding nicely with his group.

‘There is a lot of young talent in the squad, and they need freedom to develop all their qualities. At the same time, Barcelona need more experienced players to take responsibility so that the youngsters aren’t overwhelmed by pressure.’