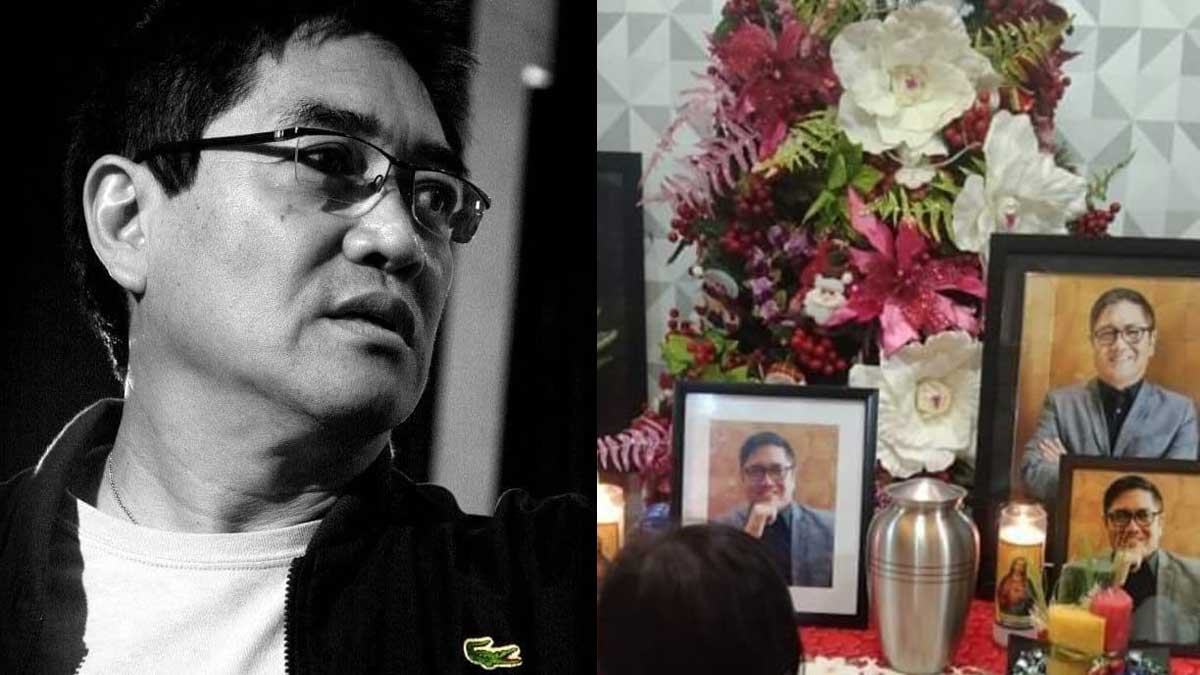 “To most of you, he was Direk Bert de Leon, the person who made the whole Philippines laugh, from Aparri to Jolo. Or made you giggle every Friday night. Or gave you the most iconic musical-variety shows. But to me, he was simply Papa.

“I know in the past 20 months, death has become such a sobering reality to most, if not all of us. And I remember the last time I felt this way. It was when my Lola, my Papa’s mom died. Like Papa, she was confined in the ICU for weeks and died after weeks of agony.

“I never thought it would happen to my Papa because he was as always full of life. He was 74 when he passed, but he didn’t look his age. I guess I inherited that because at 38, people say I only look 37. I guess I’ll take that.

“But even as I inherited so much from my Papa, I grew up to be my own person, very different from my parents. But I know parts of me come from my Mom, and parts of me from my papa. And with his passing, a huge part of me died.

“My Papa was confined in the hospital for three months. And in those three months, I prepared myself for the worst because, honestly, it was not looking good. But when he died, I realized that you never really are prepared for death no matter how hard you tell yourself you are. It took so much from me. And I feel so broken.

“My relationship with my Papa wasn’t the conventional father-son kind. For most of my childhood, I would only see him in the morning when he would come home from taping and I would be on my way to school. There was never any time to bond with him so I grew up kinda scared of him because he was so stern and authoritative.

“But looking back, I know he did it all for us, his family. That even if he spent more time with his work family, at the end of the day, it was all for us, because he loved us. I felt loved by him. In fact, I’m very sure that he loved me because he made sure that I and our family was happy.

“My Dad wasn’t a rich man but he made sure that me and my brother never wanted for anything, that we could come to him for anything and he would never turn us down. Even when he and my mom were apart for many years, he never stopped supporting her. That’s the kind of man he is.

“And just like any father, my Papa was human. He had his flaws but the love, generosity and care he showed us was perfect. It more than covered all of his imperfections.

“Papa’s generosity extended beyond us, his family because he treated everyone he worked with like family. He helped so many people in his life and career —colleagues, relatives, and even people he didn’t even know who would approach him for help. Because he was so blessed in his career, he knew how to pay it forward.

“I remember he would tell me and my brother about his childhood and how our Lola worked so hard to support him and that is exactly what he did for our family. You will parent the way you were parented.

“Like I said, to most of you, he was this well-known director, always behind the scenes, but forever in people’s hearts. But his talent and contribution to the entertainment industry is not his only legacy. I, too, am his legacy.

“And I want to tell you about my last remaining days with him.

“The last time I saw him was in July, when I was reminding him to get whatever vaccine was available. But he was so stubborn (another trait I inherited from him). I know it’s too late now, but a simple action like that would have made a very big difference. Maybe, he would still be alive today. But who I am to question God’s sovereign will? He alone numbers all our days.

“Seeing him suffer in the past three months really shook me to the core. He was always so active, full of energy, and always on the go. So to see him in an immobilized state really took a toll on me. It was absolutely heartbreaking.

“There were times when he would tell me, ‘Niko, I’m so tired na…’ And when someone you love tells you that, you become torn between wanting him to fight and hold on and simply letting him go. I kept praying, unceasingly. With the exception of my Lola, I had never lost anyone before and I didn’t know how it would feel.

“But seeing him in that state, I thought, maybe letting go would be the more comforting option.

“The night before he died, his doctors were calling me more than the usual updates and I cannot even begin to describe how that felt for me. I couldn’t face the fact that I was going to lose him.

“The very next morning, my Mom wake me up with the worst news I’ve ever received in my life. My Papa had passed.

“And now, I need to face that he is gone. Being his first-born, I now inherit the responsibility of taking care of everyone he left behind. I now have to look after everyone he loved — my Mom, my brother Jake, Anna and my baby sister Yanna.

“My Papa did such a good job with us and I will strive, everyday, to live up to what he did, even though I could never be the man that he was.

“This time around, he wasn’t able to hug me, ask me if I was okay. He wasn’t even able to say he loved me one last time. He just left. For good. And it breaks my heart knowing I will never see or get to say I love you to him again.

“But I can promise him this. That I will do right by him and continue to say I love you by carrying the torch he has passed on to me.

“And though this is the end of his life, I know that one day, we will be reunited in God’s Kingdom. For now, I still cannot understand the reason for losing him but by faith, I just trust in God’s plan for our lives. I may have lost my earthly father but I know my heavenly father will always look after me all the days of my life.

“And for Papa. Thank you for showing me how it’s done, for everything you have given me, taught me and showed me. I miss you so much and I will love you forever. You may rest easy now. All your pain is gone. All that remains is mine, ours.

“And for everyone here who has loved and been loved by Papa, I’d like to stand for one last curtain call and give him one last applause. Take a bow, Direk Bert De Leon. Good take!