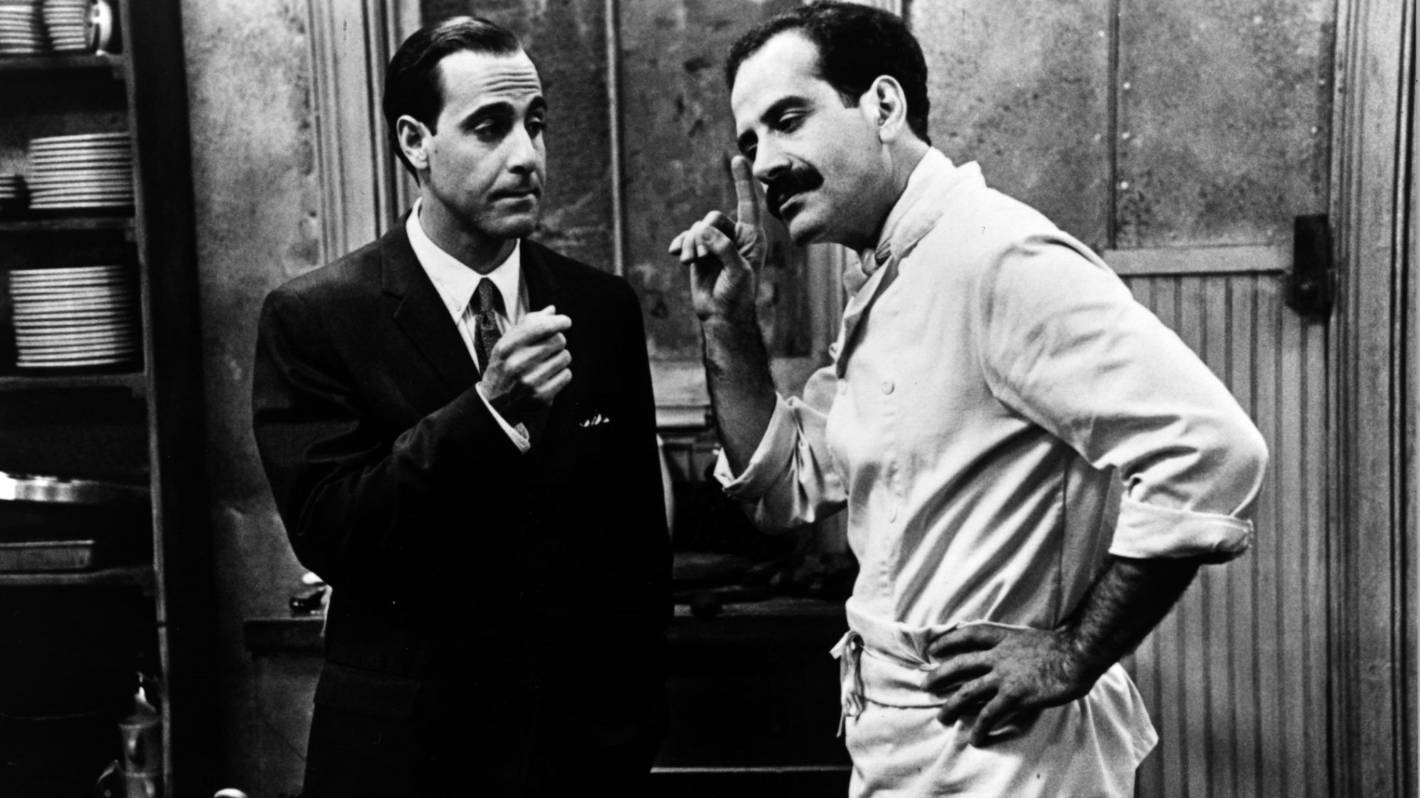 If you’re like me, and you enjoy food, then seeing extravagant dishes up on screen does nothing for your state of mind – or waistline.

Movies such as Babette’s Feast, Like Water for Chocolate and this festive season’s Delicious, have been heralded as terrific films, not only because of their charm, but also their menus.

These are films that you could not only watch, but also just about taste. A categorisation you could also apply to this now 25-year-old tale.

READ MORE:
* Die Hard no more this festive season: 12 alternative movie greats of Christmas
* Cousins, Pig, Titane among the best movies to screen in Kiwi cinemas this year
* Eight great Minnie Driver movies (and where you can watch them)

Big Night is the story of two siblings who attempt to go into business together because of their combined talents. However, working together does not go as smoothly as they might have hoped.

Older brother Primo (Tony Shalhoub) is an inspired chef who is a blissfully self-absorbed, uncompromising master of traditional Roman cuisine. He’s particularly famous for being able to whip up a chicken with carbonara sauce dish to die for.

Such artistry even impresses his little brother Secondo (Stanley Tucci), who is aiming to use that talent to maximum effect in building The Paradise. However, in 1950s New Jersey, where spaghetti and meatball is about the extent of popular Italian cuisine, their dream restaurant’s menu isn’t guaranteed to impress a bank for its viability. And certainly not helping things is their affordable location’s proximity to Pascal’s Pasta Joint. The antithesis of Secondo’s planned refined dining, it serves up its food with lavish helpings of the most shamelessly flamboyant Italian behaviour.

Secondo though, has a plan. He’s managed to lure beloved bandleader Louis Prime to The Paradise for a meal he will never forget. The publicity and kudos will be off the charts. All Primo and Secondo have to do now is make sure everything runs without a hitch.

Even they though have to sometimes play second banana to the food. Never have so many tantalising dishes been placed together in one movie, leaving the viewer watering at the mouth and seeking more than just popcorn and lollies.

Overall, this 1996 tale may be about as light as a souffle, but it has such a rich vein of humour running through it that, even this long after its debut, it keeps you coming back for more.

Big Night is now available to rent from AroVision, iTunes, GooglePlay and YouTube.