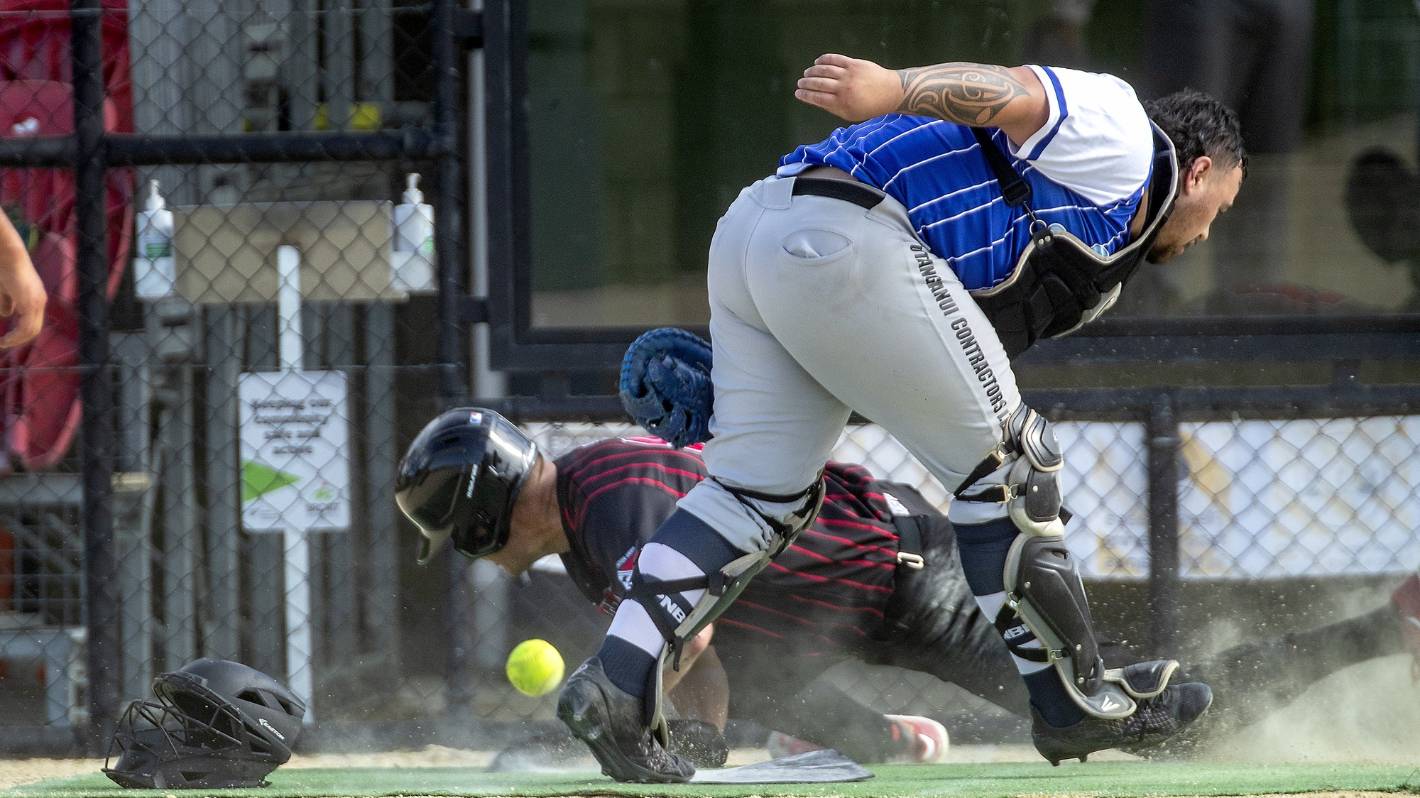 SOFTBALL: Blue Sox overcame a fast-starting Linton Sentinels for another win in the men’s club competition.

Blue Sox won 14-3 at Colquhoun Park on Saturday in the last round before the Christmas break. The season resumes on January 29.

Linton scored first in the second innings and Blue Sox didn’t score until the fourth innings when Quentin Cunningham scored.

Later in the seventh inning Cunningham scored a grand slam automatic centre field home run, which is himself and the three players on the other three bases, and the ball went over the fence on the full.

Cunningham was the top Blue Sox batter with 1.000. He scored two runs and scored four runs batted in.

Linton held their own until the sixth inning, when Blue Sox came into their own with the bat.

Justin Grant was Linton’s top batter and picked up two runs batted in.

In the Thursday night game, Blue Sox made short work of Huia Chiefs in a 10-0 win, where the run-ahead rule was applied.

The top Blue Sox batter was Rihari Peeti, batting 1.000 and scoring two runs batted in, as well as two of the 10 runs.

Campbell Ngarimu scored one run and three runs batted in.

In the women’s competition, Dodgers won a close game 6-4 against Blue Sox.

Blue Sox scored two runs in the first innings, one from a hit pitch, which was then hit home by Mel Driescher who also scored a second run in the third inning and picked up a run batted in.

Dodgers scored from a walk in the first innings and in the fourth inning picked up five walks and one in-the-field home run by Piata Te Rata-Owen who picked up two runs batted in.

Ella Kensington also picked up a run and a run batted in.

Linton were in front from the get go, scoring four runs in the first innings, eight in the second innings and none in the third. The run-ahead rule was applied in the fourth inning.

Kimi Grant was on pitching duty and got the job done with the help of her infielders. She gave up one walk, took one strikeout and nothing else got past the infield.

In another one-sided game, Matua Ma won 16-2 against Cowgirls, with the run-ahead rule applied.

Matua Ma were ahead all the way until the run-ahead rule came into play at the bottom of the fourth inning.

Cowgirls where the first to score with Tracey Whyman and Rebecca Hughes their two run scorers.

Matua Ma made base mainly from hits, with a home run scored by Pauline Seymour, who also scored three runs and picked up three runs batted in.

She shared top batter with Tiya Blake-Ohlson, who both batted 1.000.

Huia scored two runs in the second inning and two more in the fifth inning, with top batter shared by Alyssa Murray and Vicky Webber with .500.

Aareta Mohi also scored two runs and picked up a run batted in to share top batter with .666.