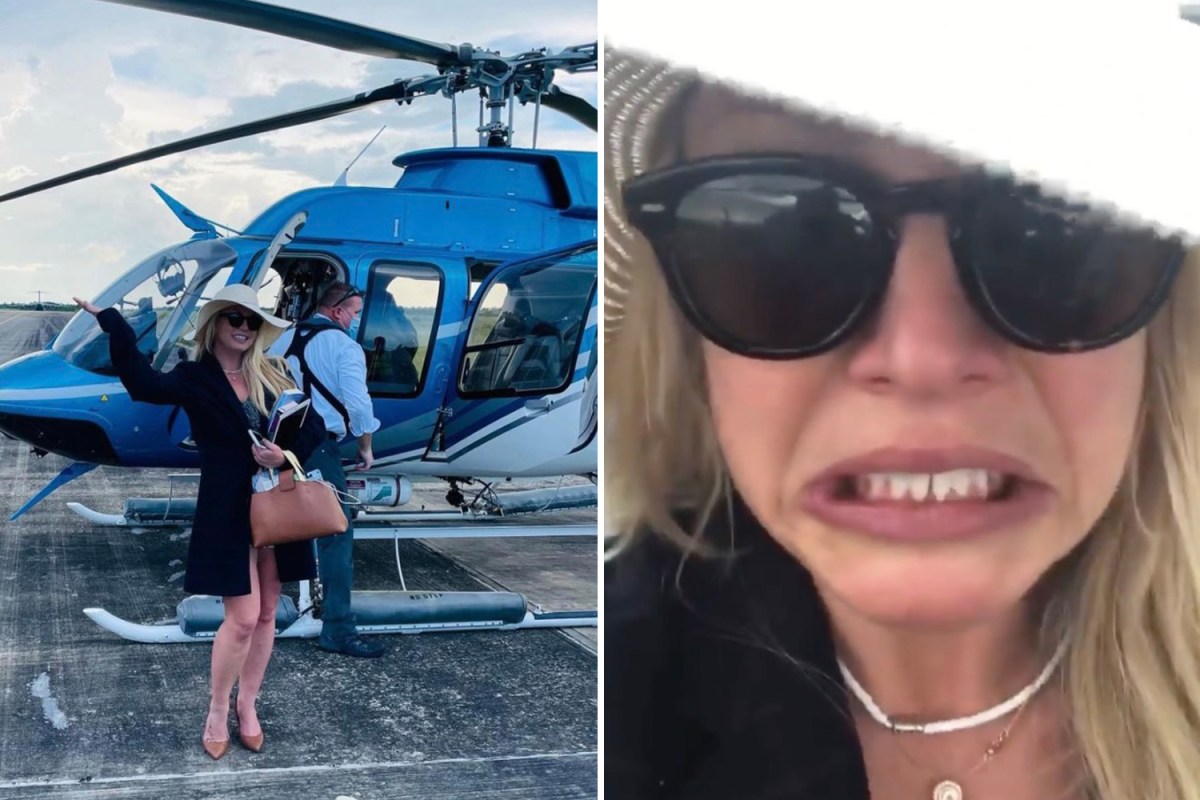 BRITNEY Spears “freaked out” on a helicopter to a private island as her travel restrictions have been lifted from her conservatorship.

While taking to Instagram on Thursday, Britney shared a photo of herself posing outside of the helicopter.

In a following video, she told her fans: “We’re getting on a helicopter. Ahhhh!”

While showing off the small plane, she continued: “Helicopter experience. Here we are.”

The clip continued with shots of the island as they were in the air, while the clip concluded with a view of the helicopter landing.

Alongside the photo and video, Britney wrote: “Arriving on a private island 🏝 … it’s nice here but waaaayyy too hot ☀️ ☀️ ☀️ !!!”

The trip marks a major milestone for Britney, who recently had her travel restrictions lifted amid her conservatorship battle.

The trip comes one month after Britney won a huge legal victory as her father Jamie Spears, 69, was removed as her conservator after 13 years.

While speaking in court, Judge Brenda Penny said: “Based on what I read in the filings, and I read everything. I do believe the suspension of Jamie Spears is in the best interest of Britney Spears.

“The current situation is unattainable. The court finds the toxic environment Jamie Spears has created needs to be removed today.”

The change means that the Mississippi native will have more freedom over her personal life.

She can now make big life decisions, including taking big steps with her fiancé Sam Asghari, 27.

Before the judge made her decision, Britney’s lawyer Mathew S. Rosengart slammed Jamie as a “toxic, abusive alcoholic” in court.

Jamie isn’t the only family member the Circus singer has drama with.

Britney previously slammed her younger sister Jamie Lynn after the 30-year-old actress revealed the release date for her upcoming memoir.

While taking to Instagram on Tuesday, Britney called out Jamie Lynn by writing: “I’m thinking of releasing a book 📚 next year 😜 but I’m having issues coming up with a title so maybe my fans could help !!!!”

Alongside a photo of an old typewriter sitting next to three pink roses, Britney wrote: “Don’t you find it weird when you jump through hoops to organize trips or set up lunch dates with people you love only to know they’ll bail on you or leave after 10 minutes 🙄 ???

“OK I get it … they’re only available to me when it’s convenient for them … well I’m no longer available to any of them now 🙅🏼‍♀️ !!!”

After noting that she “doesn’t mind being alone,” the singer continued: “I’m tired of being this understanding Mother Teresa … if you’re rude to me then I’m done … peace out ✌🏼 !!!”

Britney then directly called out her family, writing: “This message is to my family … for hurting me deeper than you’ll ever know !!!

“I know the conservatorship is about to be over but I still want justice !!!