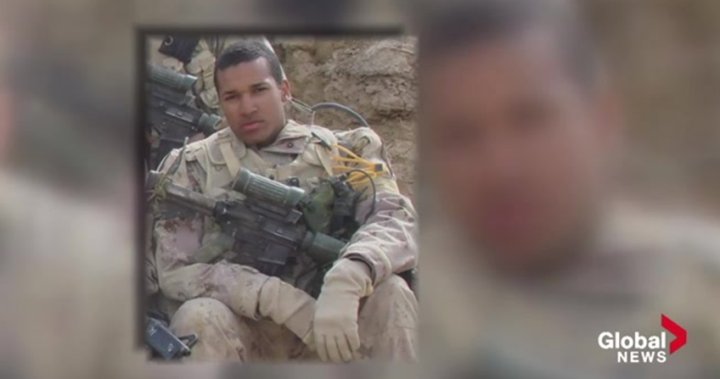 This past June, Marie-Paule Doucette was asked if she felt she had enough time to help Lionel Desmond in the months leading up to Jan. 3, 2017 — the evening the Afghan war veteran shot and killed his wife, daughter and mother before turning the gun on himself.

The question came near the end of two days of testimony before the Nova Scotia inquiry examining the circumstances surrounding the tragic event. Throughout, Doucette had laid out the many challenges she faced as a case manager at Veterans Affairs Canada.

In particular, Doucette had shared a long-standing source of frustration and concern for veterans and their advocates, an issue Ottawa has repeatedly promised — and even now failed — to address: the sheer number of veterans assigned to case managers.

“This is not me dismissing Lionel Desmond or his problems, but he is one of anywhere from 35 to 40 people needing co-ordinated services,” Doucette told the inquiry. “I understand when you say things like: `Could you be more proactive?’ Of course I could, if I had 10 people on my caseload.”

Case managers help veterans with severe disabilities develop plans for their successful re-entry into civilian life after veterans leave the military for medical reasons. They are responsible for co-ordinating the different medical and financial resources needed for that transition. In 2018, a parliamentary committee found veterans without case managers had a harder time understanding what support is available.

“They’re your Sherpa,” says Jarrett Cranston, one of the more than 15,000 veterans with a case manager. Cranston was forced out of the military last year due to post-traumatic stress disorder after 15 years as a pilot. “They are your primary point of contact.”

When they were first elected to power in 2015, the Liberals promised case managers would not be assigned more than 25 ill and injured veterans. The pledge came after deep cuts by Stephen Harper’s Conservative government had seen the ratio skyrocket to a high of 40 to one.

The Liberals have doubled the number of case managers, but Veterans Affairs says they still, on average, have 33 veterans assigned to each of them. Virginia Vaillancourt, national president of the Union of Veterans’ Affairs Employees, says many have even more than that.

This past summer, the union surveyed those case managers about their workloads. The result: While a fraction reported having 25 or fewer veterans assigned to them, the majority had more than 35. Some had more than 50.

“So we know the caseloads are still excessive,” Vaillancourt says. Most case managers also reported feeling they couldn’t properly support veterans — and that their workloads or work situations had negatively affected their own mental health.

Meanwhile, an internal review released in 2019 found case managers spent more time filling out paperwork than helping veterans directly. The same report found most veterans saw significant improvements in their physical and mental health when they had case managers.

Steve Sykes is a former aviation technician and flight engineer whose 25 years working on military airplanes and helicopters left him with a long list of neck, back and knee injuries. Sykes says he doesn’t blame his first case manager for quitting in 2019.

“She basically wore herself out,” he says from his home in Calgary. “She burnt out because of dealing with us, which I can understand. I never knew at the time what a case manager’s caseload was or what they were dealing with. But I kind of got it.”

He added: “I couldn’t even imagine having 40 or 50 people like me to deal with on a regular basis.”

Meanwhile, Sykes says he was unable to get the help or treatment that his case manager was supposed to set up. That added to his tension and stress. Eventually, his relationship with his girlfriend ended.

Cranston has similar stories about calls not being returned. When they were, he recalls fighting with his case manager over the nature and extent of his injuries _ and the needed treatments.

“So that was a case where bad communication between a case manager and a veteran led to delays in services, denial of services,” he says. “And if nothing else, increasing my PTSD and my anxiety.”

Cranston now has a new case manager who is much more responsive, but he says he had to wait four months to get one.

“I don’t want to say it’s a slap in the face, but it kind of is. Like you’re asking for help and you’re being told: `No, sit down, shut up and wait. We’ll get to you when we get to you.”’

An internal presentation prepared for senior officials last year and obtained by The Canadian Press through the access-to-information law describes the “political commitment” of 25 to one as “the elephant in the room” and “one of our biggest challenges.”

Not only has the department failed to achieve that target, added the September 2020 presentation, but the ratio is “not based on true complexity” of cases. In other words, two case managers could have the same number of veterans but still have different workloads.

Veterans Affairs says it remains committed to reducing the number of veterans per case manager, with the 25-to-one ratio still the notional target.

But when asked what it is doing to meet that target, the department said it is working to better match veterans to staff based on their level of need. It also said it is working on ways to ease the administrative burden on case managers so they can spend more time with former service members.

“The goal is always to ensure veterans are provided the appropriate level of assistance to meet their needs when they need services,” Veterans Affairs spokesman Marc Lescoutre said in an email.

Back at the Desmond inquiry, Doucette said she was given the former soldier’s file six months after he had asked for a case manager. She also spoke of the challenges of trying to help dozens of veterans at the same time before she left in 2018.

“We were always told from the beginning that VAC’s aim was 25 veterans to one case manager. Unfortunately, that’s not something that I’ve experienced.”