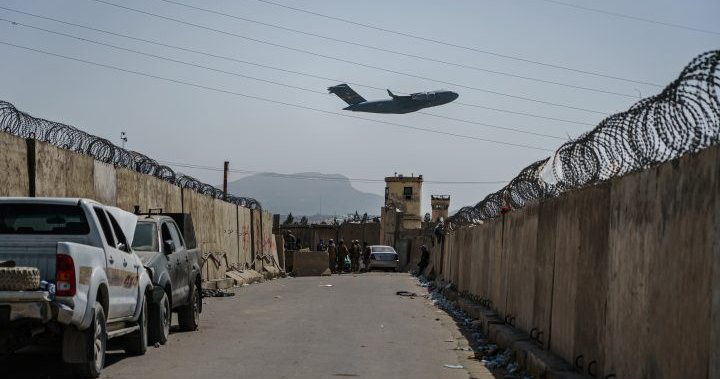 Government officials are eyeing the possibility of sending a diplomatic team into the Afghan capital of Kabul with the hope of restarting some consular services on the ground roughly five months after Taliban extremists seized control.

Three sources with direct knowledge of the talks told Global News the Canadian diplomatic team would be protected by members of Joint Task Force 2, which is the country’s counterterrorism and hostage rescue unit.

The elite team was on the ground during the frenzied evacuation of diplomatic staff in August when Canada and allies abandoned their embassies in a process known as “ripping out,” which refers to getting rid of classified information and getting staff out as soon as possible.

That move came amid the Taliban’s lightning advance across the country as the final American troops withdrew.

The sources, who are not authorized to speak publicly about the talks, tell Global News that a number of other countries have used a similar approach to attempt to re-establish consular services on the ground in Kabul.

Two of the sources said the talks come as pressure is growing both internally and externally on the government, and both said separately the government is being “shamed” to act. One added there is “growing frustration” among Canadian diplomats wondering why their country is not doing more.

One senior source with direct knowledge of the planning and not authorized to speak publicly said there have been contingency plans in place for a diplomatic return to Afghanistan for weeks.

“Contingency plans for the insertion and protecting of the GAC elements were developed weeks ago in anticipation that the GoC might finally make a decision,” the source said.

GAC is the acronym used inside the government to refer to Global Affairs Canada, while “GoC” is the shorthand for the Government of Canada itself.

READ MORE: The Taliban control Afghanistan once more. How did we get here and what comes next?

One of the other sources described the goal of such a trip as being to “break the ice” for future resumption of consular services in the country.

No formal decision has been made at this time, but those privy to planning say the Canadian delegation would likely be made up of staff from the embassy in Doha, Qatar.

High-level meetings on the plans are expected to take place in Ottawa next week.

One source said the push to plan the trip is not coming from the minister’s office, but rather from Canadian bureaucrats and diplomats.

Members of Parliament voted on Wednesday to create a new special committee tasked with probing the federal government’s response to the fall of Afghanistan, for which they faced heavy criticism.

Prime Minister Justin Trudeau has faced accusations of a lack of preparation for the planned withdrawal of U.S. troops from Afghanistan, and of leaving behind Afghans who had risked their lives to support the Canadian military mission in that country following the ouster of the Taliban in the wake of 9/11.

The conflict created a new generation of Canadian veterans. A total of 158 died in the war, as well as seven civilians. One of those was Canadian journalist Michelle Lang.

2:18
Canada ends flights out of Afghanistan