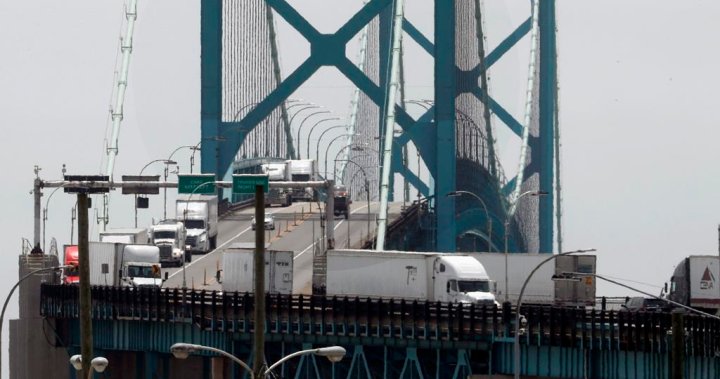 Turmoil and confusion over whether truckers would remain exempt from the vaccine mandate last week stemmed from bureaucrats misinterpreting policy in more than one federal agency – including the one that co-ordinates Canada’s response to the COVID-19 pandemic.

The trucking industry was caught by surprise Jan. 12 when the Canada Border Services Agency sent a statement to media saying that unvaccinated and partially vaccinated truck drivers crossing into Canada from the United States would remain exempt from the vaccine mandate that had long been expected to come into force last weekend.

The federal government reversed itself again the next afternoon with a statement that said the information shared the day before had been sent “in error.” The exemption would still end Jan. 15, meaning truck drivers would need to be fully vaccinated if they wanted to avoid a two-week quarantine and pre-arrival molecular test for COVID-19 before crossing into Canada.

The government provided no more explanation for the botched messaging, which one trucking industry association said had prompted some unvaccinated big-riggers to be dispatched across the border during the period of time when everyone thought Ottawa had backed down.

On Wednesday, Prime Minister Justin Trudeau said his government had been consistent that the exemption would end this month.

“There was a miscommunication from an official last week that contradicted that, that was quickly corrected,: he said.

The Canadian Press has learned the miscommunication went beyond one official and even beyond one department, stemming from confusion among officials over whether a key government order-in-council on COVID-19 mandates covered truckers or not. An order-in-council lays out decisions made by cabinet, such as regulations or appointments.

Four federal government sources with direct knowledge of what happened behind the scenes shared the details on the condition they not be named, as they were not authorized to speak publicly.

The confusion spilled into the public realm after a spokeswoman for the Canada Border Services Agency, issued a statement on the evening of Jan. 12.

“I am reaching out to you today to provide an update on our previous response,” she wrote, adding that she could now say unvaccinated truckers crossing into Canada from the U.S. would remain exempt from testing and quarantine requirements. That spokeswoman did not respond to a request for comment about the statement.

One of the sources said the border agency only issued that statement after it consulted with the Public Health Agency of Canada, which told them that day that truckers would retain their exemption from the vaccine mandate beyond Jan. 15.

In fact, the Public Health Agency of Canada had drafted a similar statement to be issued on Jan. 12. That statement, which has been viewed and verified by The Canadian Press, said: “Unvaccinated, or partially vaccinated, Canadian truck drivers arriving at the border (would) remain exempt from pre-arrival, on arrival and post-arrival testing and quarantine requirements ? as crew members.”

It also mentioned the United States would require Canadian truckers to provide proof of vaccination to enter that country beginning Jan. 22.

Attached to the statement were multiple sources, including orders-in-council for COVID-19.

Another source said the border agency had started hearing from the public health agency that day that truckers were not going to be included in the vaccine mandate after all. When the public health agency sent its memo, the border agency moved quickly to share the policy shift publicly. Officials were under the impression they were correcting information they had been providing for days that truckers would be part of the change.

The mistake, the source said, stemmed from an order-in-council issued by cabinet that was interpreted within the public health agency as a sign the policy on truckers had changed. That interpretation was wrong, however, as the government intended the exemption to end.

The Liberal government had announced last November the exemption for truck drivers would end mid-January, which sparked an outcry among truckers.

Trade associations on both sides of the border had been pushing for a delay to the restriction on unvaccinated truckers, which they said could put added strain on supply chains amid the latest COVID-19 surge and cause severe worker shortages. The first source said the supply-chain problems had also caused misgivings within the government.

The Canadian Press reached out to both the federal public health and border agencies for comment about the behind-the-scenes communications mistake.

Neither commented on what had gone wrong when asked for comment Thursday but reiterated that the exemption for unvaccinated or partially vaccinated truck drivers had ended Jan. 15.

Eric Morrissette, a spokesman for the Public Health Agency of Canada, said the measures were announced in November and restated Jan. 13 (the day the government corrected its mistake).

“The measures have been the subject of several engagements with industry stakeholders in advance of the Jan. 15 coming into force date. In the case of truck drivers, this included meetings with industry and labour associations,” he said in the written statement.

The Canada Border Services Agency also noted in its statement Thursday that unvaccinated or partially vaccinated foreign national truck drivers who do not have a right to re-enter will be turned away at the border and directed back to the United States.

The Canadian Trucking Alliance and the American Trucking Associations say up to 26,000 of the 160,000 drivers who make regular trips across the Canada-U.S. border will likely be sidelined as a result of the vaccine mandate for truckers in both countries.

_ with files from Christopher Reynolds in Montreal and Mia Rabson in Ottawa.