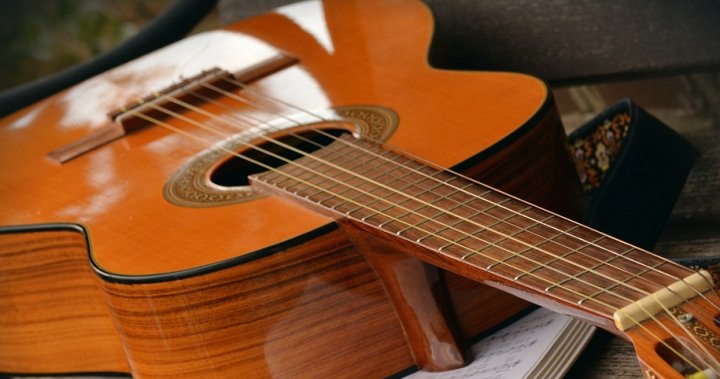 Despite dabbling in music since he was a teenager, it was only recently that Afghanistan war veteran Dennis MacKenzie came to appreciate its power to ease the mental turmoil he has struggled with since returning to Canada.

Dennis MacKenzie was diagnosed with post-traumatic stress disorder soon after finishing a seven-month deployment in the war-torn country in 2007.

In a recent interview, the former infantry soldier with the 2nd Battalion of the Royal Canadian Regiment based in Gagetown, N.B., described a mental descent that saw him lose a career he loved when he was medically released in 2013.

“I just didn’t have the same patience. I felt different right away,” MacKenzie said. “You are in a combat-ready fighting unit, and now all of a sudden, you are throwing up coming in the main (base) gate.”

In the years after his release from the military, the Bonshaw, P.E.I., resident tried just about everything to help quell an inner conflict that has made it hard to keep a job and led to a period where he needed alcohol just to function.

“I can’t even count how many therapies,” MacKenzie said. “From clinical eye movement desensitization and reprocessing-type therapies, all the way to yoga and breath work, you name it. The biggest thing for me has been music. I’m using it as a means to release what’s inside.”

A large step in that expression is the release Wednesday of his first album, “The Guardian Angel Platoon,” available through Bandcamp, Spotify and TheGuardianAngelPlatoon.com.

Read more:
Feds face calls to step up amid ‘over representation’ of homeless veterans

The concept album made with music producer Dennis Ellsworth takes the listener from a soldier’s recruitment, through a tour in Afghanistan and the loss of comrades there, to a return home and the loss of more soldiers to mental torment and suicide.

Figures released by the Canadian Armed Forces in June indicate a total of 191 military personnel have died by suicide over the last decade. While not all of that total is due to Afghanistan, it’s more than the 158 service members who were killed while deployed in the country from 2001 to 2014.

In the song “Lanterns”, MacKenzie tackles the issue head-on. “They shall not grow old commander will say when we won’t mention them on Remembrance Day,” he sings. “For it seems no one cares to honour the ones we lose to the war once they lay down their guns.”

What it’s like living with post-traumatic stress disorder – Jun 27, 2021

MacKenzie, who lost 10 friends in combat during the war, said the song is about honouring those lost to suicide and the “invisible wounds of war.”

As for the album, he said it’s the result of him finally taking music seriously in recent years and recognizing its potential. “For me it’s more about trying to connect people and trying to have them understand the situation of a veteran,” said MacKenzie. “I just want to be able to share this message, and I think this is the perfect way for me to be able to do it. It is me being able to advocate, but also heal at the same time.”

The guitar player said last spring he taught the instrument through music programs for veterans offered by Canada House Clinics in Charlottetown, and he is hoping to resume that teaching in the future.

MacKenzie said album purchases come with a small metal lantern pin. He said the proceeds will go directly to fund and create music therapy programs for veterans through the veterans group Soldier On.

The novice singer-songwriter said he wants to turn as many veterans as possible onto the benefits of making music.

“You can go experience and have a feeling, but music you learn and you get to take with you,” he said. “Any time that you want that again, it (music) is right there for you.”

This report by The Canadian Press was first published Nov. 10, 2021.