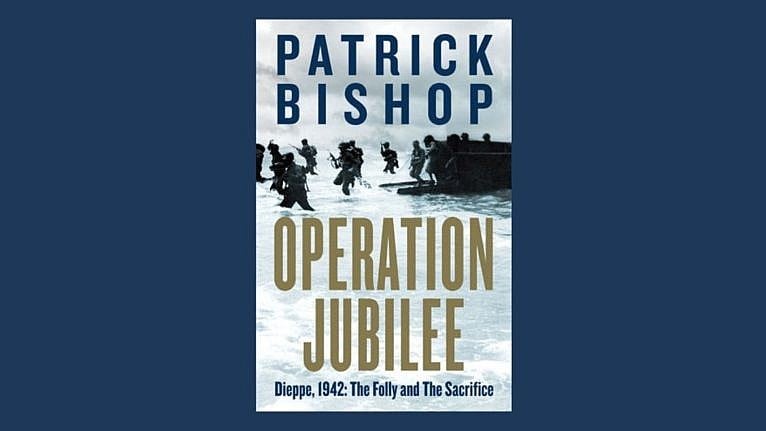 In his book Operation Jubilee, military historian Patrick Bishop offers a retelling of the raid during the war in 1942 and its cost to Canadian lives

The failure of the Second World War raid on Dieppe on Aug. 19, 1942—which saw 3,367 Canadians killed, wounded or captured—has inevitably been viewed through a nationalistic lens in this country. While never taking his eye off the Canadian sacrifice, in Operation Jubilee (Penguin Random House Canada, Oct. 19), British military historian Patrick Bishop provides a wider perspective on an assault predestined for failure, including how and why Canadians came to bear the brunt of it. —Brian Bethune

The losses at Dieppe were, proportionally, among the worst suffered in a single operation in the Allied war in Western Europe. Of roughly 6,000 ground troops who took part, 3,614 were killed, wounded or captured. The scale of the operation meant it carries an intimacy and imaginability. Standing on a summer morning by the sea wall beneath the gardens that run down to the narrow little beach at Puys where the Royal Regiment of Canada came ashore, it is very easy to summon up the horrors of that day; the demonic rip of bullets pouring from the defenders’ MG34 machine guns at a rate of 15 rounds a second, the whistle and thud of mortars and the humped khaki shapes, swaying face down in waves clouded with blood.

That the victims were mostly Canadians is one of the elements that give the story its heavy tinge of tragedy. The deference which the British were forced to show to the Russians and Americans did not apply to Dominion family members. Despite the blood debt owed by Britain to Canada for its support in the previous war, the old habits of condescension and the assumption of unquestioning obedience died hard. Just as at Passchendaele [in 1917], the Canadians would pay the price for British mistakes. Their leaders too had a share in the blame. If, as some said, the troops were martyrs, then those who commanded them had done much to determine their fate.