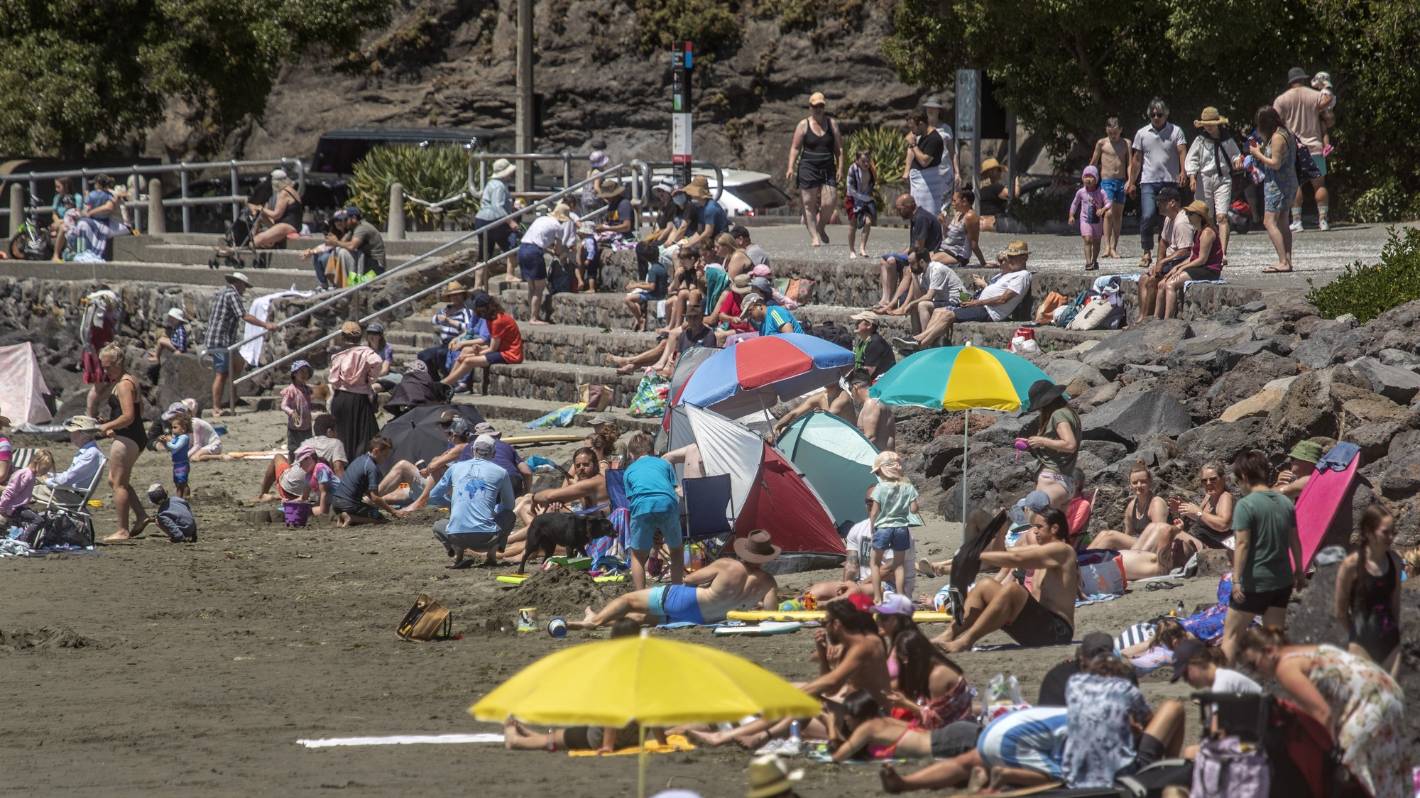 Christchurch retailers were happy to see an early flood of Boxing Day customers, before people ditched the shopping in favour of the beach as the temperature soared to 27 degrees Celsius.

Retail NZ spokeswoman Aimie Hines said it was too early to say exactly how spending had tracked across the country as the data was not yet available, but it looked promising for retailers who had been hit hard during the Covid-19 lockdowns.

“From what I’ve heard, it does seem that [there has been] the number of foot traffic as per normal,” she said.

She said about $2 billion was lost from the retail sector during September, so Christmas and Boxing Day sales were vital.

“It’s more important than ever … we hope that everyone is out there supporting them.”

A spokesman for Kiwi Property, which owns several of New Zealand’s major malls, including Christchurch’s Northland’s Shopping Centre in Northcote, said it was hard to give exact numbers on Sunday afternoon, but Northlands had a “pretty good” opening and reached peak numbers of shoppers between noon and 1pm.

It had likely tailed off into the later parts of the afternoon, he said.

Trading had been strong in the buildup to Christmas, and he was hopeful that had continued on Boxing Day.

“We want our retailers to be trading well and this is an important time of the year for them,” he said.

“What we’ve seen in the buildup to Christmas over the past few weeks is really strong trading and that’s encouraging to see.”

Christchurch cleaner Terri Sutton, 27, was with her friends enjoying the sales at Cashel Mall in central Christchurch.

She had hit all of her favourite spots, including H&M, Mecca and Glassons, she said.

Sutton arrived in town about 2.30pm to find it quiet, but had heard it was much busier earlier in the day, she said.

Auckland woman Roshni Patel, 49, was also getting stuck into the Boxing Day sales at Cashel Mall, alongside her husband, two children and mother-in-law, who were down for a two-week road trip across the South Island.

While Patel said there were plenty of keen shoppers around, she still expected it to be busier.

Normally Boxing Day shopping in Auckland would mean struggling to get a car park as people flooded into the shopping centres, but that was not an issue for her family on Sunday, she said.

“I thought we wouldn’t be able to find a park, and it would be busy [and] it would be crazy, but [it’s] nothing like that.”

Karen Skinner, general manager of Scentre Group, which owns Westfield, said there was strong visitation across all the Westfield centres during Boxing Day, with mid-afternoon being the busiest time and many car parks reaching capacity by 11am.

She said many of the cinemas found at the Westfield malls were also busy.

“It was really great to see customers out and about in groups, catching up and dining out with friends and family.”

Temperatures reached 27C in the city on Sunday afternoon, as the sun shone and warm northeasterly winds kept the air hot.

Many Cantabrians flocked to the beach to find solace from the hot and dry conditions.

Among those packed onto Sumner Beach was Sumner resident Gavin Ruckledge,​ who was with his two children, his partner and her parents.

He decided to avoid the Boxing Day sales and instead spent the afternoon with his family relaxing on the beach and building sandcastles with his son Freddie.

A spokesman for Worldline, which launched Eftpos in 1989 and provides data on transactions, told Stuffdata on the Boxing Day spending would likely be available early on Monday.