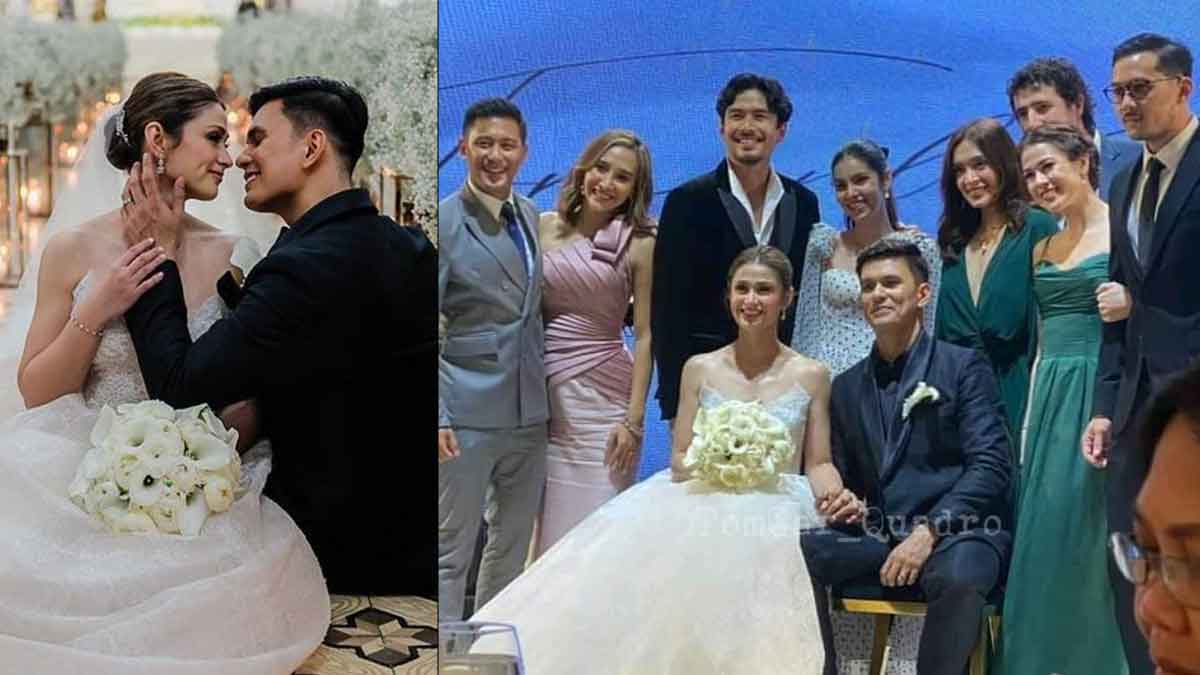 The COVID-19 pandemic has forced couples, including Carla Abellana and Tom Rodriguez, to trim down their wedding guest list.

But there is no shortage of stars at their wedding held on Saturday, October 23, 2021, in San Juan, Batangas.

The groom is at the end of the aisle with his mother Teresita Abinguna-Mott.

Tom’s co-stars in the GMA-7 drama series The World Between Us make time for the reception in a resort in Batangas.

Tom and Carla have been together for seven years, since 2014.

The two got engaged in October 2020, but it was only last March 2021 when the they announced their plan to get married.