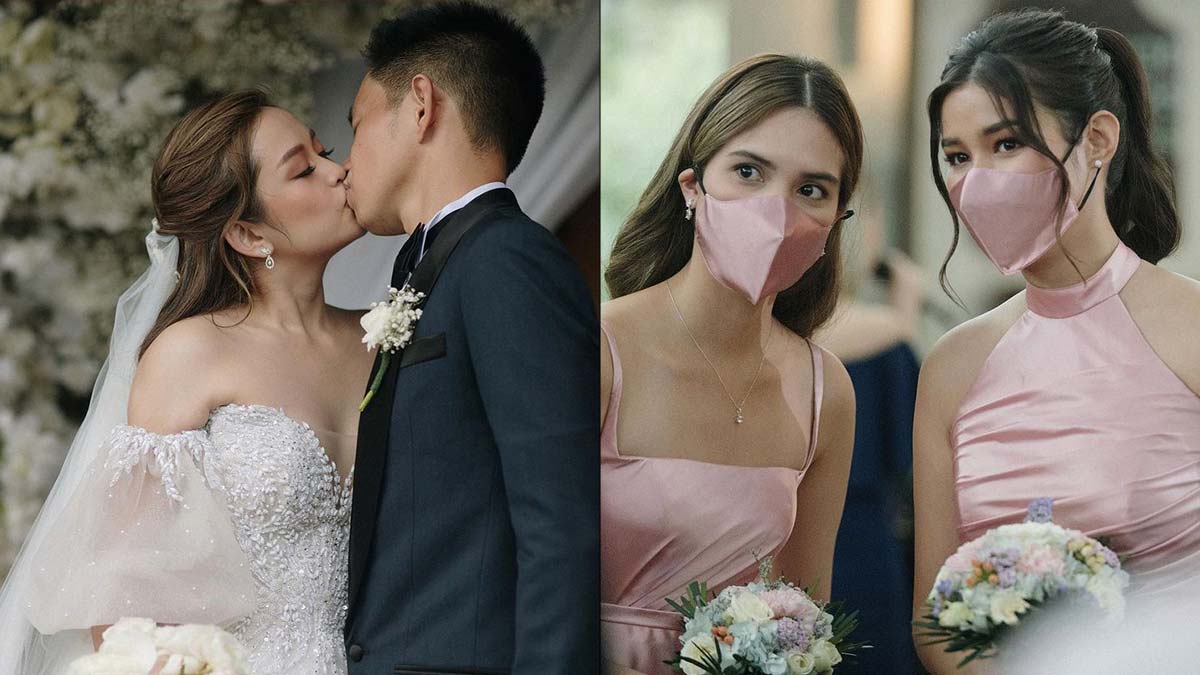 Apart from family members and closest friends, other Kapamilya stars witnessed the couple’s walk to “forever.”

He was one of the writers of the Kapamilya sitcoms Goin’ Bulilit and Luv U of which Hopia was part of.

Of course, the cast of Goin’ Bulilit and Luv U had a mini-reunion at her wedding.

Former actress-turned-doctor Angeli Gonzales, who played the role of April Muñoz in Luv U, was also part of #TeamBride.

Hopia and Ryan got engaged on November 28, 2020. The couple has been together for seven years.

Their wedding reception was held at the Conrad Hotel in Makati.