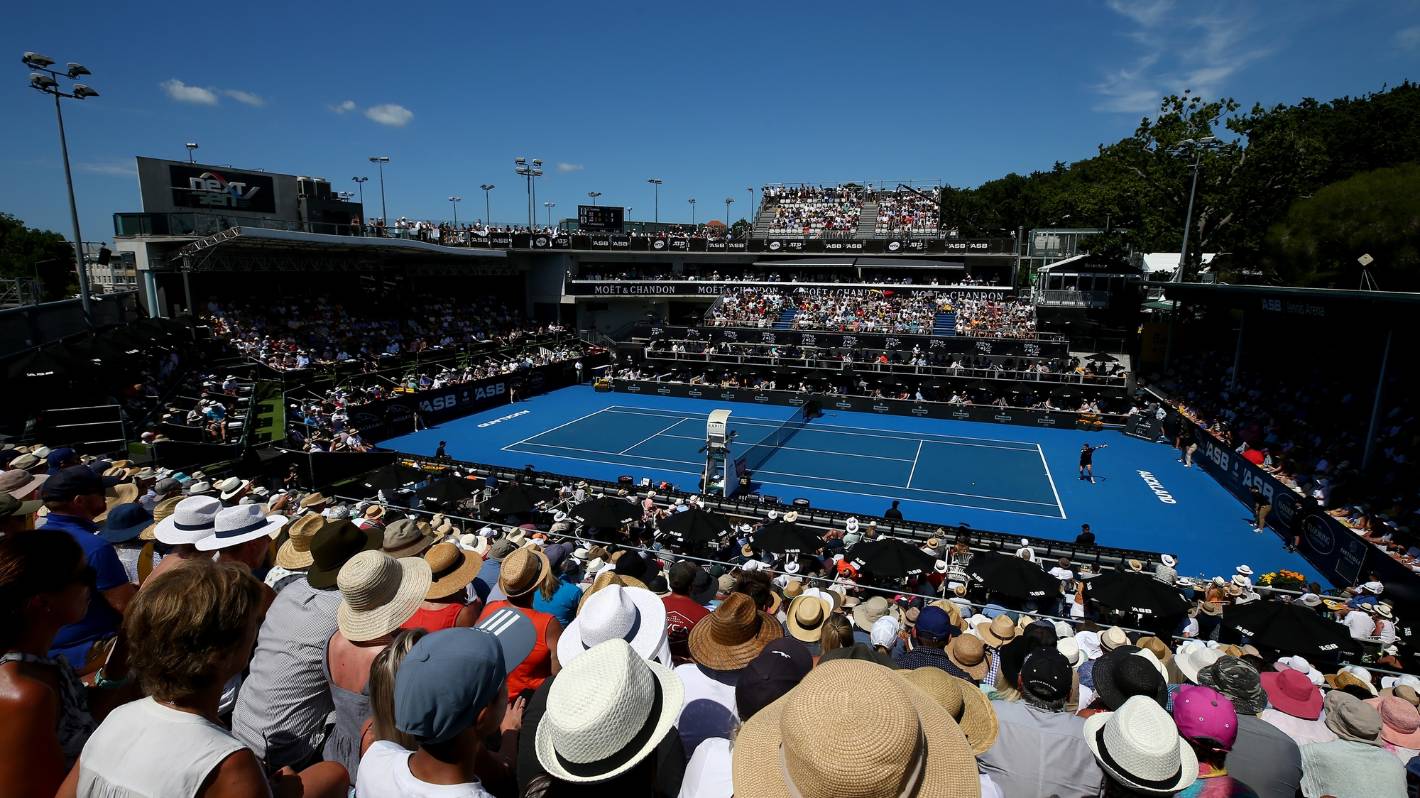 Auckland’s premier tennis court will be transformed into a boxing ring for a New Zealand title fight in February.

The deal has been sealed after months of work with Randell determined to bring a new feel to the Kiwi boxing scene.

Having held several successful boutique promotions at Sky City’s 1000-seat theatre, this will go to a new level in a bigger, but still intimate, setting.

The annual men’s and women’s international tennis tournaments have been cancelled for a second year in a row because of Covid complications and Randell jumped at a chance to showcase boxing in an outdoor venue that provides good viewing.

The Culture Kings Boxing Classic will be an afternoon affair, with Randell hoping to tap into the corporate flavour that is a trademark of the tennis tournaments, while also providing a spectacle for ardent boxing followers and “something different” for the general sports fans who have been starved of quality live events.

“It’s an under-utilised venue and one we believe will be perfect for boxing,” Randell said, as he confirmed his plans, first raised in Stuff in early September.

“After a difficult couple of years we believe this can put local boxing on the map again.

“The sport is on a real high on the back of Joseph Parker and David Nyika having such good performances last weekend.

“Having Joseph’s brother involved in this main event helps that.”

With Nyika following Joseph Parker’s footsteps and basing himself in Britain, Randell sees Pampellone as “the next star of the New Zealand scene” and is eager to test that.

Pampellone, who narrowly missed joining Nyika at the Tokyo Olympics, has jumped out to 10-0 as a professional with six knockouts.

He has a worthy opponent in Parker who is 7-0 with three knockouts.

“John Parker will be Jerome’s biggest test. John carries significant power, and we feel two undefeated prospects fighting for the New Zealand title is perfect for this event.”

Randell believed if February’s event is a success, it could work into a “festival of sport” at the same venue in 2023 if the pandemic situation allows the international tennis tournaments to resume.

Randell has an eye on attracting international boxers in the future. For now, he sees value in “giving up and coming prospects a huge event” in their own backyard, looking to deliver a worthy undercard.